Does This Convince You That Aliens Exist? 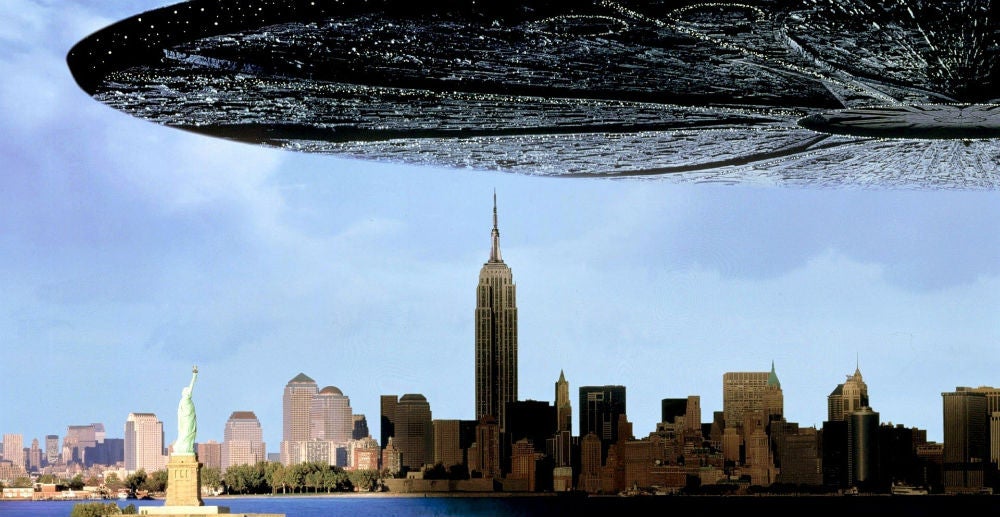 A new TED Talk from the author behind The Social Network features an oddly compelling story about the existence of aliens.

Image from Independence Day, which does not factor into this TED Talk.

Last month, author Ben Mezrich spoke in Massachusetts about his new book, The 37th Parallel. Mezrich is best known for writing the books Bringing Down the House and The Accidental Billionaires, which were turned into the movies 21 and The Social Network. He's obviously got a knack for finding weird, compelling true stories and his latest one is a doozy. See for yourself:

I'm not a student of the Roswell crash or conspiracy theories surrounding the subject, but I've seen some documentaries, and I've have never heard of any of the events or people Mezrich mentions here. If what he's saying is true, it's incredibly fascinating. I mean, it's fascinating either way, but when you're talking about a subject as big as "The Existence of Alien Life Forms," you'd like to see or hear a bit more than a story from a single source before being convinced.

Still, the cows, the 37th parallel, the private companies, the press release... these all seem like things a normal person — or, in this case, an author — can research and verify. The problem is even if it's all 100 per cent accurate (and we have no reason to think it's not, but it's always good to be sceptical about these things) there are probably good, logical reasons for them.