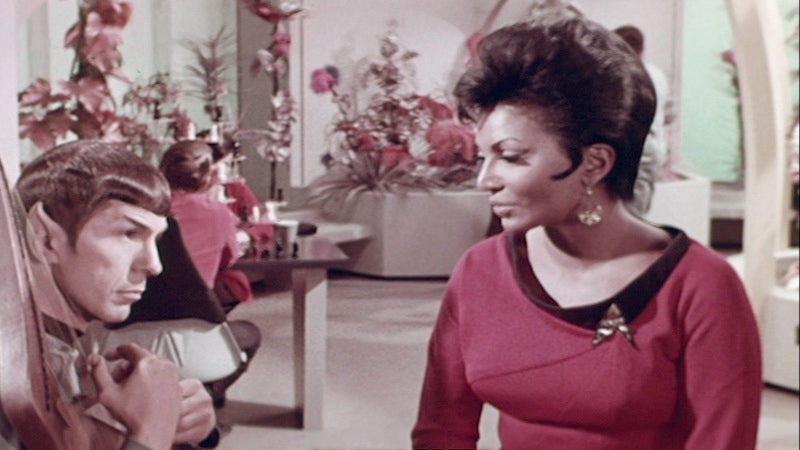 With Star Trek: The Original Series celebrating its 50th anniversary this year, you wouldn't think there was still more new footage to be found. You'd be wrong, and the experts behind the Star Trek Encyclopedia have spent nine years working to show it to us. We spoke with Denise and Michael Okuda about what there still is to discover about Star Trek.

"To be honest with you, this was a passion project. It was a lot of work and we've been working on it on and off for nine years and we did it because we wanted to get this footage out so that fans of Star Trek could see it, too," Denise Okuda told us at the end of the conversation. After talking to her and Michael, we believe it.

How are there still new things to find about Star Trek?

Michael Okuda: We were as shocked as anybody. We had hoped that this kind of footage existed, but every place we looked, everyone we asked — dead ends. But Denise kept believing that there was something.

Denise Okuda: I did. I believed that there was all lost footage because we had seen still photographs of things we had not seen in the aired episodes. Particularly at the end of an episode called "Operation: Annihilate!" there's a scene where Peter Kirk comes on the bridge and we've seen stills, so we knew it was filmed. But we had no idea for years [if it still existed]. We would ask people and no one would know. Nine years ago we were contacted by Rod Roddenberry and met him at a warehouse, we signed a non-disclosure and we went in and we saw these rows and rows and rows of film cans and in the film cans were these tiny — some bigger, some little — rolls of film. And bingo! It was the holy grail and here we are so excited to talk about the Roddenberry Vault.

What was the most exciting discovery?

DO: There were quite a few. I think the Peter Kirk validation — that it was filmed, that we do have it. I mean, Mike and I were watching the disc and we literally came off the couch and then we called Phil Bishop over at CBS Home Entertainment and we said, "We found it!"

MO: We started babbling to him.

DO: We did, he's been very patient with us. So that was really a neat one.

MO: And another one that we're so excited about was that we knew there was a scene written for "Who Mourns for Adonais?" in which we would have learned that Carolyn Palamas, Lieutenant Palamas, was pregnant from the Greek god Apollo. And we knew it was written and we knew it was scripted but we had no idea if it was filmed. Now we didn't actually find the scene, but we found one shot of Spock from that scene in which he's reacting to off-screen lines being read by the script supervisor. And he reads McCoy lines, and bingo! We found out after all these years that it was actually filmed.

DO: And that was very exciting and then when we travelled to talk to Leslie Parrish, who was the actress who played Lieutenant Palamas, she said, "Yes, indeed it was filmed." And we found a little bit of coverage of Nimoy. So that was a lot of fun.

What do you think the canon status of these are?

MO: That's a really good and surprisingly complicated question. As authors of the Star Trek Encyclopedia, we don't consider them to be official scenes if they weren't in a final cut of an episode. But obviously, your mileage will vary. And we're just so excited the material is out there.

DO: We kind of feel these deleted scenes, alternate takes, are icing on the cake. They're footage that we were never meant to see, it was meant to be swept away with the trash on the cutting room floor. The footage was rescued and preserved and here we are, almost 50 years later, and we're able share with everyone this amazing treasure trove.

What do you think the value of the physical Star Trek Encyclopedia and actual DVDs is in a time where everything is online?

MO: For a lot of fans, the physical media is an icon that represents their love and affection for the show. That I have this, and it's my expression to myself of something that I love. In the case of the encyclopedia, sure you can look stuff up [online] and a lot of people do that, and it's fine. But we find a lot of people simply enjoy curling up with a good book while they're watching the show. And similarly, with the Roddenberry Vault we were able to deliver a lot of pieces that you wouldn't typically include in streaming episodes.

Do you feel like these discoveries keep the original series alive 50 years later?

DO: We've been involved with this off and on for nine years and pretty intensely. It took us three years to go through and catalogue all of the footage. And then we spent the last year with our producer and our coworker, Roger Lay Jr., making documentaries. We interviewed people who worked on the Original Series and also contemporary fans of the show like Bill Prady, the co-creator of the Big Bang Theory, who's a big Star Trek fan. And in doing this and weaving the lost footage into these documentaries we hope that we give the viewer context. Because a lot of the footage was what was on the cutting room floor, not entire scenes, but snippets of dialogue that was omitted. Perhaps because of time. So we hope that the viewer will be guided through the footage given context so it will mean something to everyone. 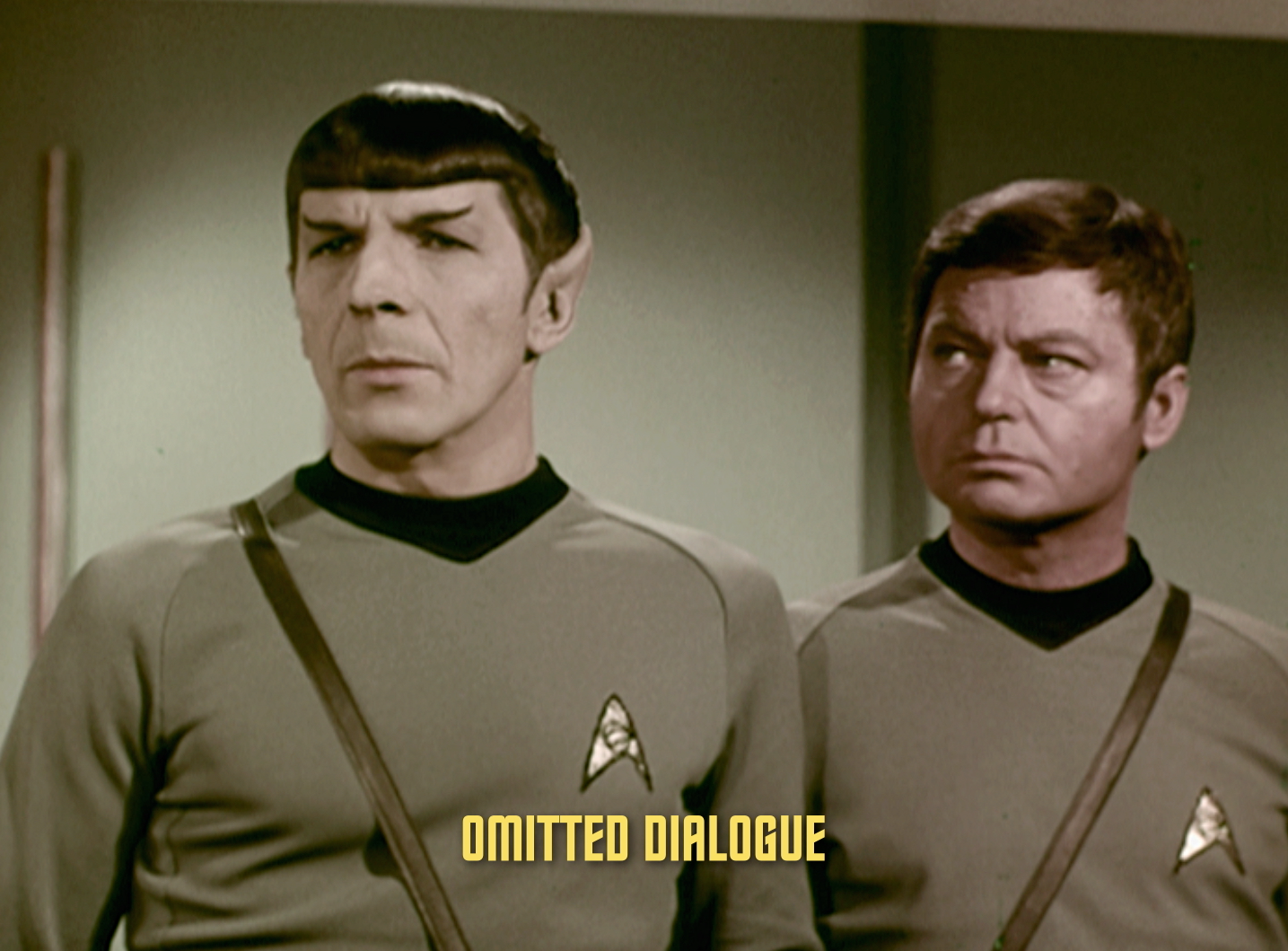 The Roddenberry Vault set focuses on 12 episodes, how did you pick those?

MO: We picked the 12 episodes that we felt were most relevant to the material we had. But, in addition to the 12 episodes we have a three-part documentary called "Inside the Vault" and there are also documentaries called "Revisiting a Classic" and "Strange New Worlds." We also have a standalone feature that we call "Swept Up: Snippets From the Cutting Room Floor," in which we have clips and snippers and alternate lines from a lot of other episodes. So we're not restricted to the 12, even though we're focused on them.

How much of the footage you found is in the set?

MO: Honestly, we never figured out exactly how much footage we used in the thing. I will say that we tended to use as much as possible of the most interesting and best stuff.

DO: What we remind people is that these are snippets, very rarely do you get an entire scene. We have a couple, but they're mostly deleted lines, alternate takes, so we have the best stuff in The Roddenberry Vault.

What do you think is the reason the show is still remembered, 50 years later?

DO: I think a lot of people have a lot of opinions. For Mike and I, yes it's good entertainment. You've got great characters, you've got wonderful stories. But for us, it's the Roddenberry philosophy of hope and that we are all as humans, who are, really, on this fragile planet together, and someday we will reach for the stars and we will meet other beings and to know that there is that hope and that optimism, I think that that is crucial. Especially today.

There's so much negativity, you turn on the news and you hear about hateful things, and to us Star Trek represents the positive and the good in people. And I think that keeps it alive for many. 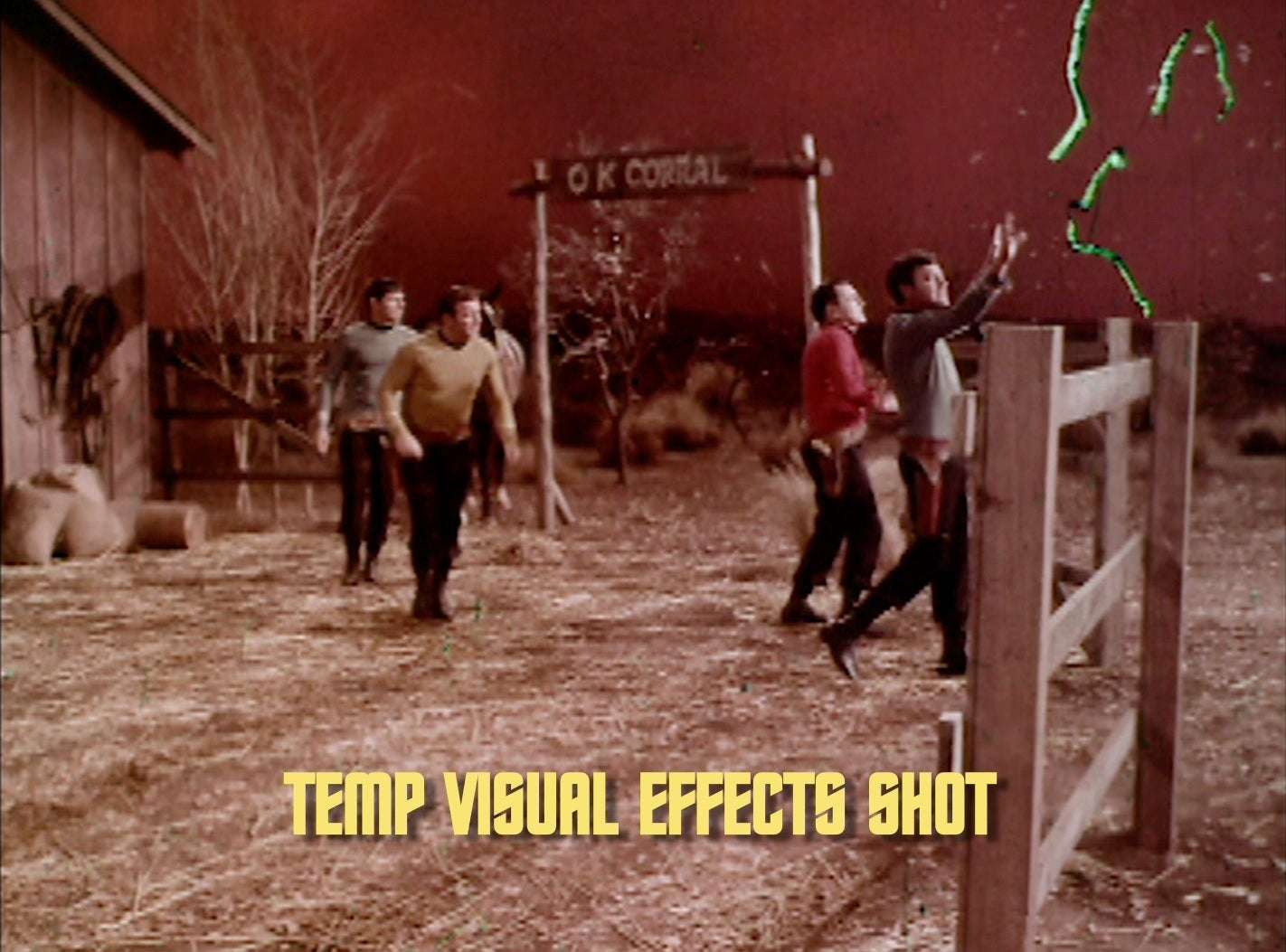 What would someone new to the show get out of this footage — someone not as obsessed with knowing everything about Star Trek as, say, I am?

MO: Let me first entirely agree with you about Roddenberry's vision of the future. Roddenberry created a world in which if we're smart, if we're ethical, if we're compassionate, we can reach for the stars together. And I think a lot of fans, including ourselves, want to be a part of that vision. You want to live in that universe.

For us as Star Trek fans looking through the Roddenberry Vault footage, we worked on a lot of Star Trek but we didn't work on the original series. And the insight you get into the footage is that you come away with an even greater amount of admiration for these writers, these directors, these actors, for the designers, for the visual effects people. What an audacious, stunning achievement this was.

Some people look at the original Star Trek and say, "That's kind of dated. The effects are very simplistic." But, in fact, for the 1960s they were at the absolute bleeding edge of the technology at the time. They used state-of-the art photo-chemical, optical, and visual effects, and it was such an incredibly brave thing to do, to attempt that kind of work on a weekly television schedule. So our respect for and admiration for what people did has grown.

DO: One of our goals in creating The Roddenberry Vault was to reach fans of all levels. If you know the show so well that you can tell the difference between one take and another, you're going to have a blast. But if you only have a passing familiarity with the Star Trek universe, with the Original Series, that's what the documentaries are there for. Besides being fun, they give you context. And you can watch it, even if you're not familiar with Star Trek, you can watch it and you can be guided through the process and I think that can be enjoyable for all different levels of fans.

MO: We talked to all kinds of fascinating people working on these documentaries, from Bill Shatner to Dorothy Fontana and David Gerrold. A fair number of actors and behind the scenes people, and all of them lent fascinating viewpoints and information about the episodes.

Outside of Roddenberry's vision, which we talked about earlier, what would you say is Star Trek's biggest legacy?

MO: I think that it really was among the first science fictions that truly was mass media. It put forth the notion of what science and technology and human ingenuity could do for us in the future. And you see that whenever there's some new invention, science writers will bend over backwards to say, "Yes, it's something like what we saw in Star Trek." Star Trek has become the touchstone of what the future can be, and the future that we strive for.

Star Trek: The Original Series - The Roddenberry Vault is released on Blu-ray tomorrow.