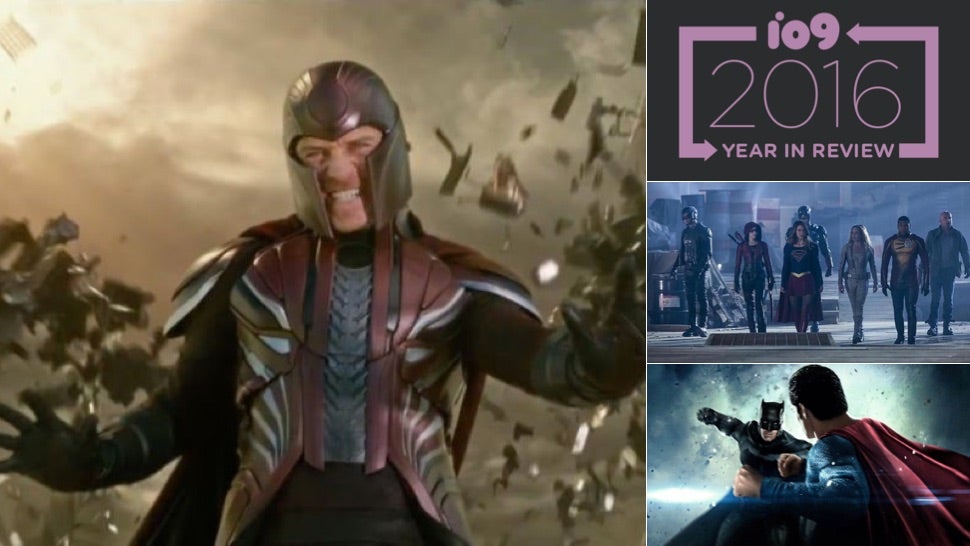 It's been a pretty great year for movies, TV shows, and especially comics — but just about the worst for everything else. Political nightmares, celebrity deaths, more political nightmares... the list of horrors go on, which had the odd effect of making the year's on-screen disasters look almost... comforting by comparison. Here are some of the nightmare scenarios we'd have rather dealt with than 2016 itself. 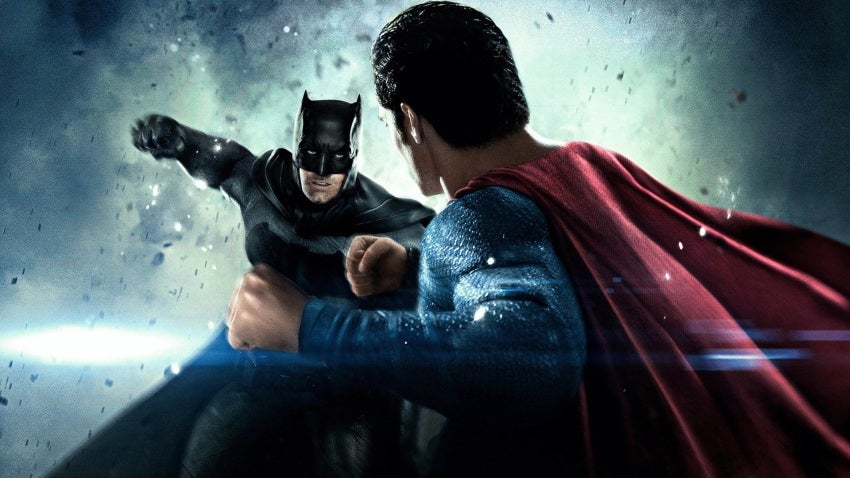 1) The big brawl in Batman v Superman: Dawn of Justice

Two giant egos endanger a major metropolitan area because neither of them realised their mums have the same name, and that's before Lex Luthor unleashed a giant, genetically 'roided-out General Zod on the city in his attempt to kill the heroes. Still, friendship is magic, and if an entire "abandoned" city has to be demolished so these superheroes could hug it out, so be it. 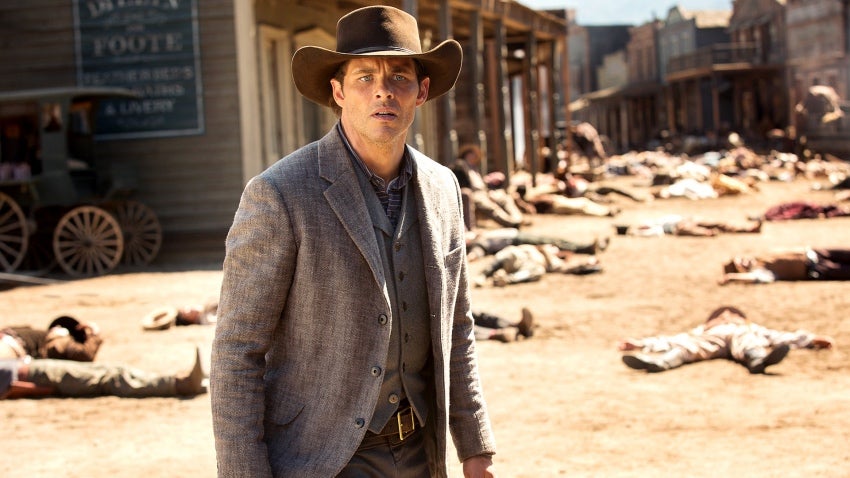 2) The robot uprising in Westworld

Hey, you know what sounds like a great idea? Robots that can fuck us to death. Thanks to Dr. Ford for bringing on the robotic uprising against the plague of humanity and, what's worse, making us actually cool with it. Next thing you'll be telling me Caesar should get his Planet of the Apes because humanity is that awful — oh wait, he should. Humans are terrible. 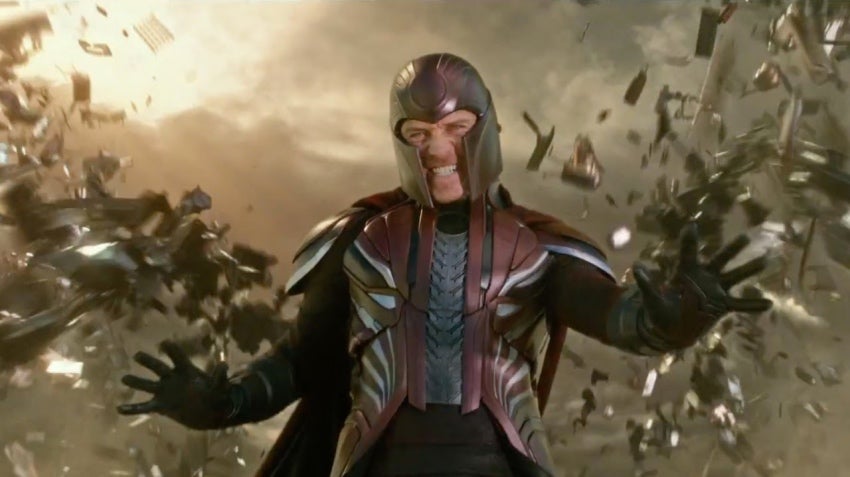 Magneto has tried to destroy cities countless times through the years (and the X-Men movie franchise). But only Apocalypse had the idea to bring the master of magnetism to Auschwitz, give him a power-up, and then have him begin sucking up all the world's metal. It's all part of Apocalypse's plan to make sure only the fittest survive, "fittest" in this case clearly meaning "people who were not standing next to metal objects when Magneto started his nonsense." Still, a blue Oscar Isaac overlord sounds like a worthy cause compared to some we've seen this year. 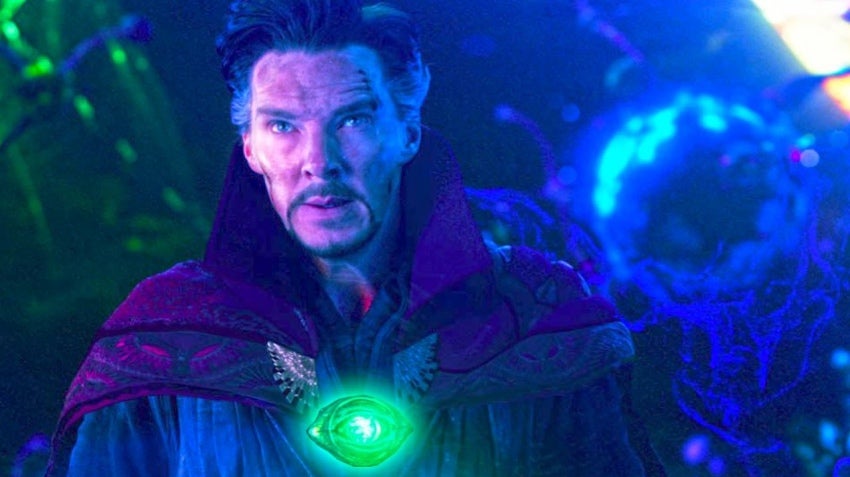 4) The demon attack in Doctor Strange

If Doctor Strange left me with one thing, it was wishing I had the ability to just freeze time and undo all the worst shit of the year, simply by forcing an impending Cloud of Doom to watch my snarky arse chew it out again and again. 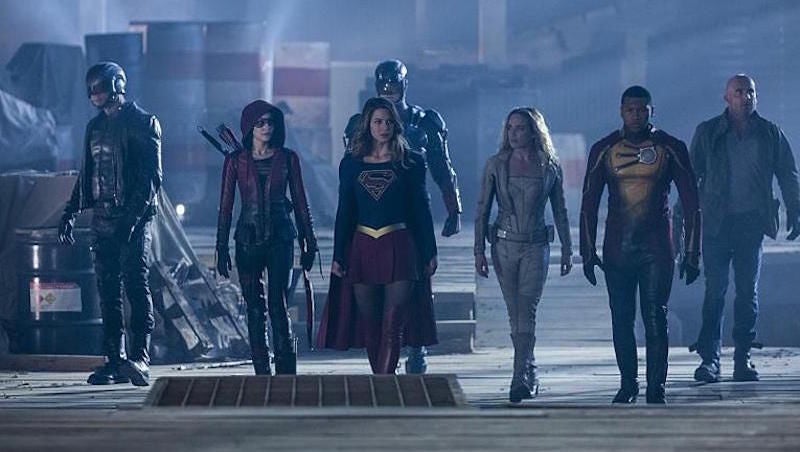 5) The alien invasion in the DC/CW Crossover

In Doctor Strange, it was totally cool that Strange kept messing with the timeline to prove a point, but in the big DC/CW Supergirl/Flash/Arrow/Legends of Tomorrow crossover that's what causes this particular near-apocalypse. The Dominators got upset that a human kept messing with the timeline that they decided to kill/enslave all of humanity. Given how upset everyone else was with Barry's selfish bullshit, the aliens' feelings were actually pretty reasonable. 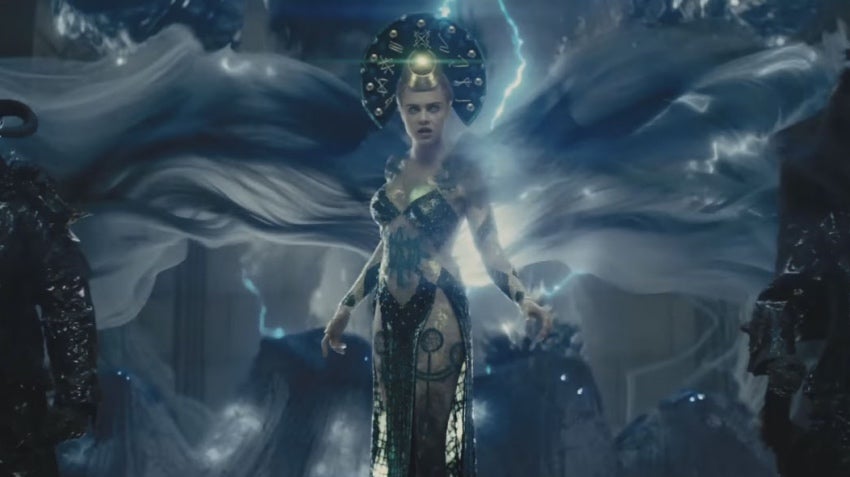 6) Whatever the hell Enchantress was doing in Suicide Squad

Thank God Amanda Waller formed the Suicide Squad, or else how would she have been able to stop the apocalypse she unleashed by forming the Suicide Squad? Gee, it's almost like our leaders are sometimes not out for our best interests. Bonus points for Enchantress's powers coming from shaking her arse; negative points because I still have no idea what the hell her "machine" was supposed to do. And yet, I still understand this better than I do anything that actually happened this year. 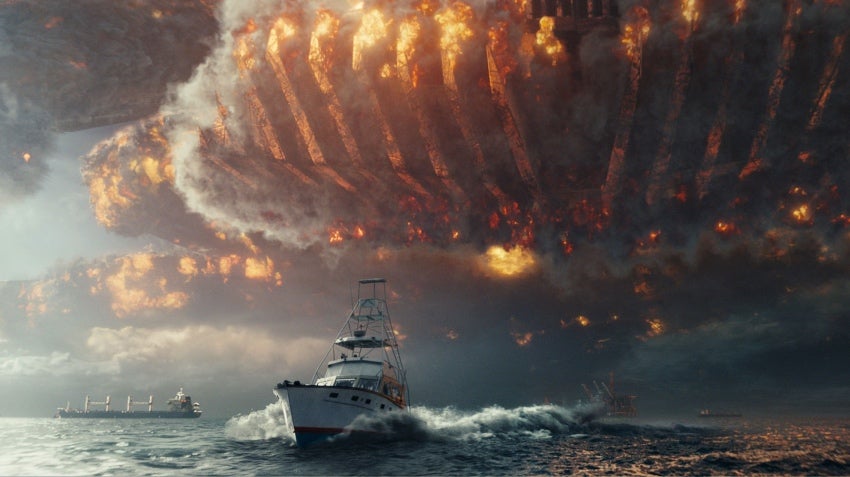 A bunch of aliens come down and start blasting the shit out of everything... and for what? Fuel. That's right, the entire human race gets pummelled because some idiot queen and her drone army forgot to fill up at Space Chevron before driving through the sector. Still less frustrating than 2016. 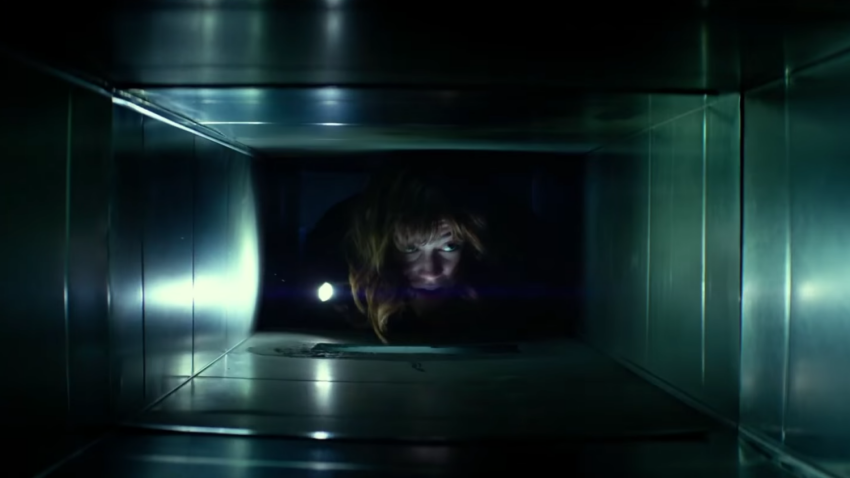 Ever get that feeling that 2016 is just a delusion and eventually you'll realise some crazy arsehole was making it up the whole time? 10 Cloverfield Lane's ending confirmed this is the real world now, punks, and you're just gonna have to deal with it. Michelle might think John Goodman's making up the alien invasion to keep her locked up, but nope, everything's gone to hell and also there are giant bird beak monsters. 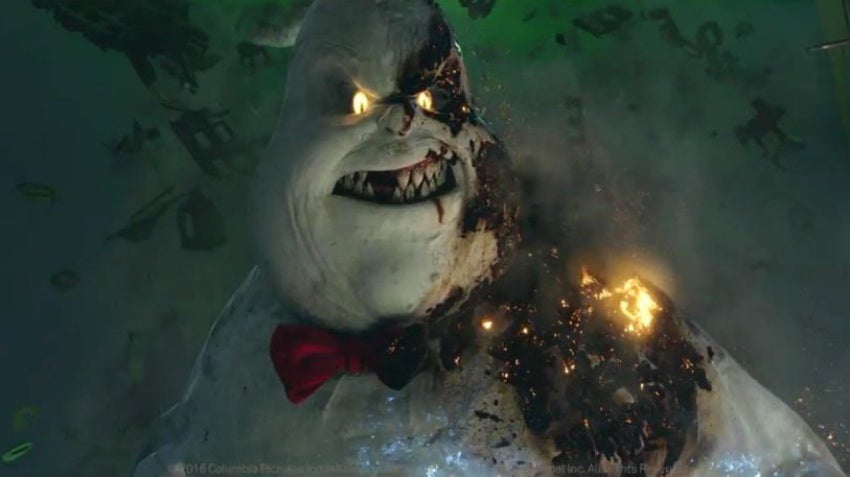 OK, this one is personal. After getting months of online harassment from men because I was excited about the female Ghostbusters movie, I have to tell you, nothing made me happier than watching a male villain with delusions of superiority stomp through the city as an abomination of the original movie's logo, and then got its ectoplasmic arse handed to it. In the movie (and in real life), Ghostbusters' nostalgia basically became its own monster, and watching it get squashed like a pathetic bug by the end was very cathartic. Quite unlike 2016.