Thanks to the wonder that is the internet, every truth comes with two lies. There were a ton of rumours that circulated this year about our favourite movies, shows and comic book franchises. Of course, a ton of them turned out to be total garbage — and sometimes, that was a real disappointment. Here are some of the year's biggest rumours we desperately wanted to come true.

1) Negan would kill anybody but Glenn on The Walking Dead

Ending The Walking Dead's fifth season right before revealing who Negan would kill meant that fans had months to theorise who would die, and they guessed pretty much every combination of the 11 potential victims. Still, the most obvious choice was always Glenn, since that's who Negan killed in The Walking Dead comic. When the showrunners not only promised to do something different with the scene, and had Glenn miraculously cheat death twice during season five, it seemed like they were ruling him out... and then Negan bashed his brain in anyway (just after Abraham's). Not killing Glenn would have been an actual surprise. Plus, I picked Daryl in the pool, so I lost $20 on that episode. Dammit.

2) Marvel Studios and Fox superheroes are teaming up

After Fox and Marvel performed a sort-of hostage exchange for Deadpool and Guardians of the Galaxy 2, there was hope that we could see the pair combining their superhero universes. That means we could finally get the X-Men we deserve, without Jennifer Lawrence phoning it in by the time she reached Apocalypse. Didn't happen. We were also apparently this close (well, probably not that close) to getting Doctor Doom in a Marvel Studios movie. Oh, to see the Avengers take on Marvel's greatest villain... 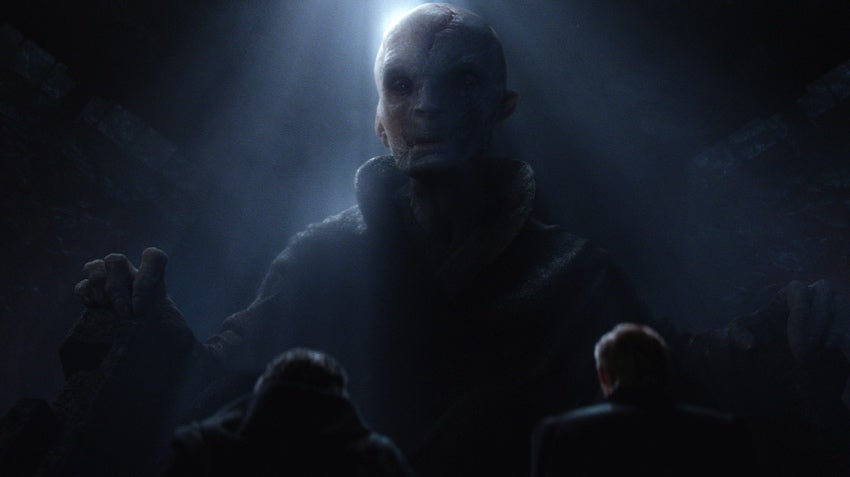 The last we heard of Darth Plagueis the Wise, Palpatine was telling Anakin how he was trying to cheat death. Did it work? Is the Emperor's former Sith master now commanding forces as Supreme Leader Snoke? Sadly, no. Certified Star Wars knowledge master Pablo Hidalgo took to Twitter in May to confirm that, once and for all, Darth Plagueis is dead and the two aren't connected. But it would have been a cool connection that would have tied all seven Star Wars movies together.

So far, there hasn't been any crossover between the Marvel films and Marvel TV shows on Netflix. So, when fans learned that Alfre Woodward would be appearing in both Captain America: Civil War and Luke Cage, there was hope we would finally get some in-universe connection. But nope, turns out she plays two completely different characters. Great for the actress, but terrible for continuity. 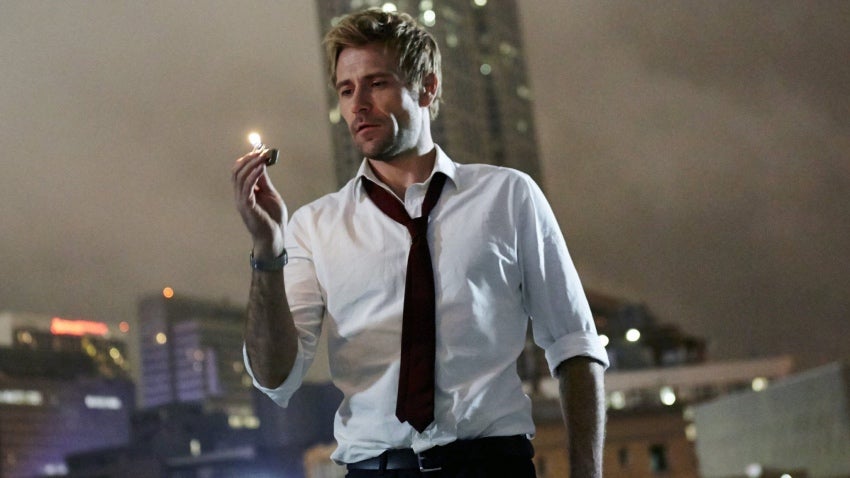 5) John Constantine will return on Legends of Tomorrow

In the gone-too-soon club, we have Constantine. Sure, the show wasn't great, but Matt Ryan was a pitch-perfect incarnation of the noted magician/arsehole. After Constantine guested in the last season of Arrow, it came out that Legends of Tomorrow was possibly courting Ryan to reprise his role for another cameo on the DC/CW time-travelling romp. However, Ryan himself has pretty much put down those rumours, as well as any hopes of getting a second season of Constantine.

6) Angela Lansbury to join season seven of Game of Thrones

Can you just imagine Angela Lansbury, the teapot from Beauty and the Beast, commanding armies and smiting her enemies on the next season of Game of Thrones? She could've been a rival for Cersei, the leader of one of Jon Snow's newly acquired armies... hell, make her a White Walker! The possibilities would have been endless. I seriously think this one has disappointed me the most.

7) A Squirrel Girl TV show is in the works

TVLine got our hopes up by insisting that Squirrel Girl, AKA the best Marvel character not in the movies yet, was getting her own TV series. There's been jack-all about it since, so the idea could be dead in the water, assuming it was ever in contention in the first place. Still, out of all the rumours on this list, this is the one that's most likely to eventually come true, so we're keeping our fingers crossed for 2017. 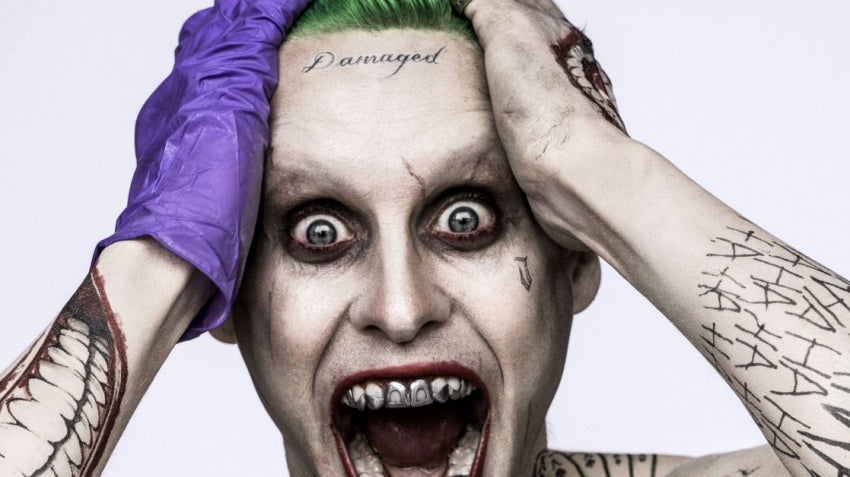 Jared Leto's Joker was without a doubt one of the most baffling roles of 2016. It became more about the method than the actor, and after all the crap he put the cast through, it was almost a cruel joke that his part was reduced to basically a cameo in Suicide Squad. But his appearance still would have had more oomph if it turned out he was actually the former Robin, as everyone theorised after the appearance of the Joker-graffitied Robin outfit in Batman v Superman. Given how radically different the DC Extended Universe movies are from the comics, this new origin for Batman's greatest villain would have been pretty neat.

And you thought Jared Leto was method. Rumours sprouted that Ben Affleck was donning the Batsuit before sitting down to re-write the script, because he wanted to get into the character before putting him down on paper. Of course, it's more likely he was making tiny changes or notes while waiting to go on set, but I choose to believe in the power of the Bat. Is that such a bad thing? 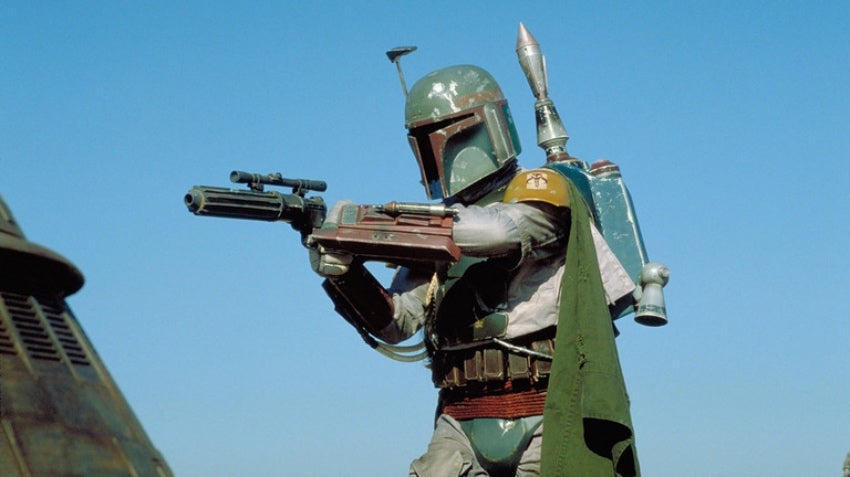 10) Boba Fett to get his own solo film

While this was heavily, heavily implied, there was never official confirmation of a Boba Fett solo flick. But sources told Entertainment Weekly that not only was the movie scheduled in the ever-growing Star Wars anthology, but we were originally set to get a sneak peek at Disney Celebration in 2015 with a teaser reel. However, it was cancelled last minute, as Disney and director Josh Trank went their separate ways due to the disastrous Fant4stic thing, forever leaving Boba Fett in the Sarlacc Pit.

Why does Rosario Dawson get to have all the fun? Simone Messick's Misty Knight is arguably the most important character in Luke Cage, and bringing her into the upcoming Iron Fist TV series would have made perfect sense, since Misty Knight has had relationships with both Luke Cage and Iron Fist. Also? We just want more Misty Knight as soon as humanly possible. Unfortunately, the entire rumour surfaced because of a misprint in the original Hollywood Reporter article, so I guess we'll just have to wait until The Defenders.

12) Logan is the Man in Black on Westworld

Westworld was a show that thrived on mystery, but every big theory for the show appeared to be solved weeks before it hit the air. However, there was one that some fans were begging to be stumped on: That Logan, not William, would turn out to be the young version of the Man in Black. That would be an awesome twist that would give further depth to one of the show's most surprising characters. Sadly, much like everything else on the show, the biggest reveal was that we had already solved everything. Westworld did turn out an impressive debut season, but it wasn't exactly clever enough to keep its biggest surprises a secret.

NOTE: Here's a rumour that contains a very minor spoiler for Rogue One, so read at your own risk.

13) Han Solo will have a cameo in Rogue One

Rumours of special appearances in the Star Wars anthology prequel Rogue One have been running wild for months. However, one of the biggest rumours surrounded our favourite intergalactic smuggler, Han Solo. There was "a new hope" (get it?) we could see Alden Ehrenreich even earlier than in his planned Han Solo prequel flick. Unfortunately, he's nowhere to be seen in Rogue One. Also Boba Fett. Because if he's not getting his own movie, I guess it isn't worth it to put him anywhere.