What The Aliens Of Arrival Could Have Looked Like 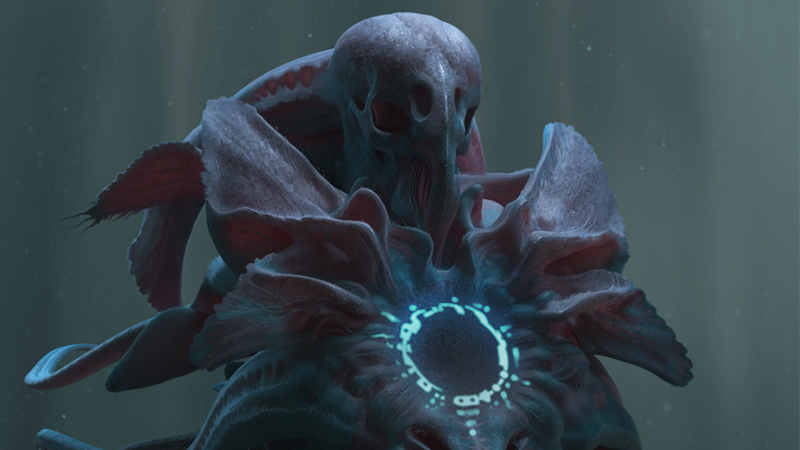 We don’t get to see too much of Arrival‘s mysterious aliens in the movie, but what we do see of the squid-like Heptapod creatures, designed by Carlos Huante, wasn’t always what was planned. Instead, they almost looked much more elaborate.

Image credit: Peter Konig. All images in this post are credited as such unless otherwise stated.

Speaking to Cinemablend about his early concept work for both the aliens and the ships of Arrival, artist Peter Konig says that originally, director Denis Villeneuve cast aside what descriptions of the aliens were in Ted Chiang’s original short story in order to create ideas that were more varied, and based heavily around aquatic life:

For the creatures, when they brought me on, they were in a stage where (Denis) Villenueve just wanted ideas, lots of ideas. He didn’t want to stick to the short story or the script in terms of what they should look like. He wanted variety, and to just try stuff. He sent me photo (references) of stuff he liked, real things he thought had elements that he thought were important – pictures of cuttle fish, squids, microscopic organisms, stuff like that. He also like horses eyes for their very soft and thoughtful qualities and because although they looked familiar they had this other quality of being slightly “other” and alien. They had a sympathetic look, but were a little spooky. He also wanted to try designs that had no back and no front, confusing to look at, yet still with an intelligent feel. I started with quick pencil sketches, which didn’t go anywhere. When I started kitbashing in Zbrush, I hit upon that purplish one with the tentacles and he really responded to that one and seemed really excited about it. I kinda thought that that was the one that would end up in the movie, but a lot of time went by and things changed.

Some of Konig’s designs went even further along in their aquatic inspiration and almost look like jellyfish aliens, radically different from their final looks in the movie: 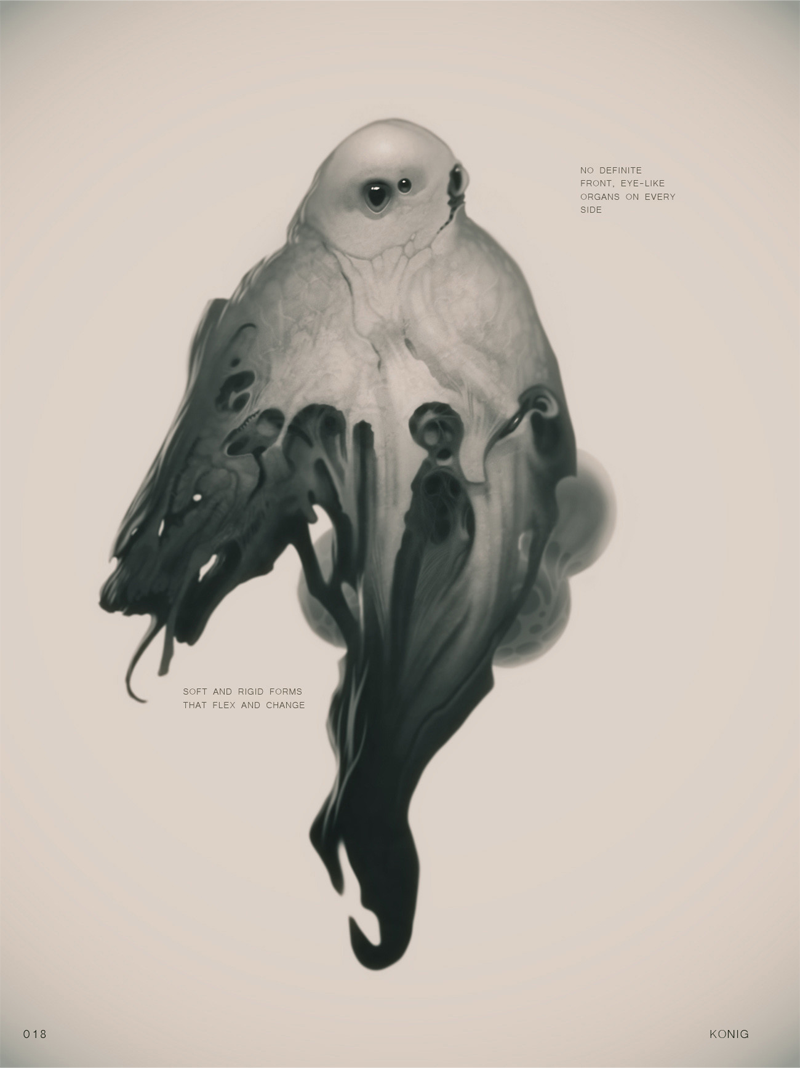 It wasn’t just the creatures — the ships also went through several iterations. Before the lens-shaped design used in the final movie, the ships were closer to spheres: 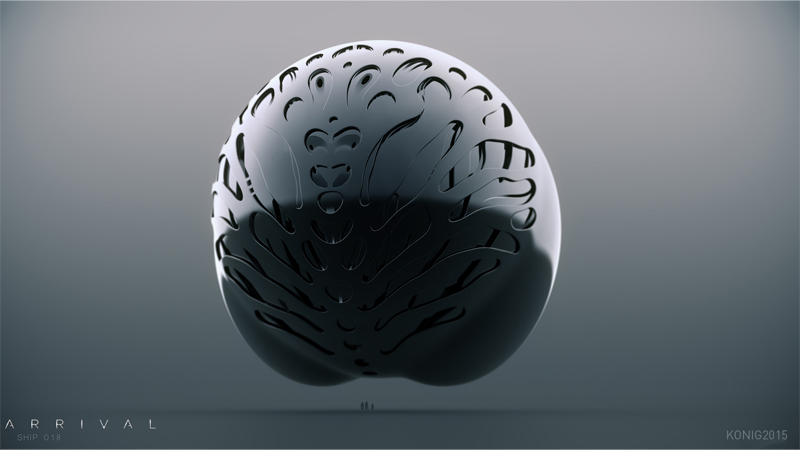 You can see more of Konig’s art and his insight into the design process for his work on Arrival at the links below.