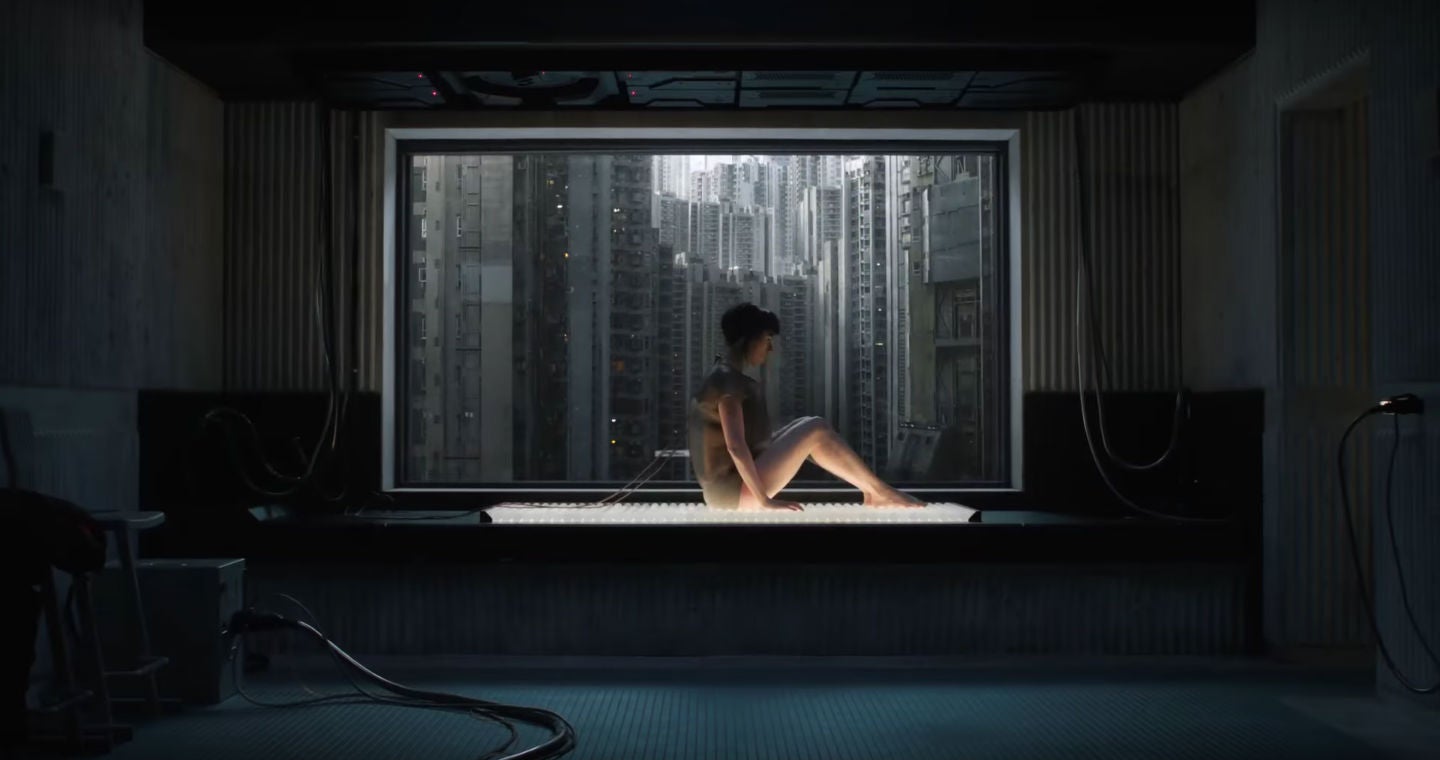 Although most people know Ghost in the Shell for its 1995 anime movie, that's just one part of a sprawling franchise. There have been actually been three manga series, three TV series and four other movies - spanning at least four different continuities. So the question of which storyline, if any, the live-action Ghost in the Shell movie would adapt is a big one. Now we have an answer.

On a visit to the set, Collider talked to producer Avi Arad, who said the following:

We're not doing Puppetmaster. It's not Laughing Man. It involves Kuze. The Kuze story. The big thing we are doing here is that we're not necessarily doing an origins backstory, but we are addressing her sense of self and resolving how she defines herself in terms of memories. That's one of the main thrusts in the story. Inspired by that episode of Affection in Second Gig. It's bits and pieces of those mixed together.

"Kuze" is referring to the main antagonist of the GitS TV series Stand Alone Complex: 2nd Gig, where Major Motoko Kusanagi and Section 9 fight a terrorist group called the Individual Eleven, of which Kuze is a member. It's a bit complicated to explain, but it involves an ideology virus, the ramifications of World War IV, refugees living in Japan and someone Motoko knows from her childhood. "Affection" is the 11th episode of 2nd Gig; you can read the episode synopsis here, although it's detailed enough it should most likely be considered a spoiler.

This is a far more interesting choice than just a live-action redo of the first anime film, though Arad says there will be plenty of visual references to the original.

Everything we pulled from the movie is because we thought it was cool. There's a whole thermoptic sequence with the garbageman. We did that because we thought it was really cool. What was interesting about Ghost in the Shell is that it was never really a predictive future. It was more about a future that was meant to provoke a feeling in the audience and that's guided design as much as if we were to hire a bunch of engineers and physicists and futurists to predict things. That's the same kind of philosophy in this movie. There are things here that are more tangible like the cables or the (lack of finger-splitting) hands. Even the cars. In every version of Ghost in the Shell you'd never see a flying car. Everything felt like it had a combustion engine. It was all about making it feel chunkier and more tangible aesthetic and a mix of an overly dense urban area.