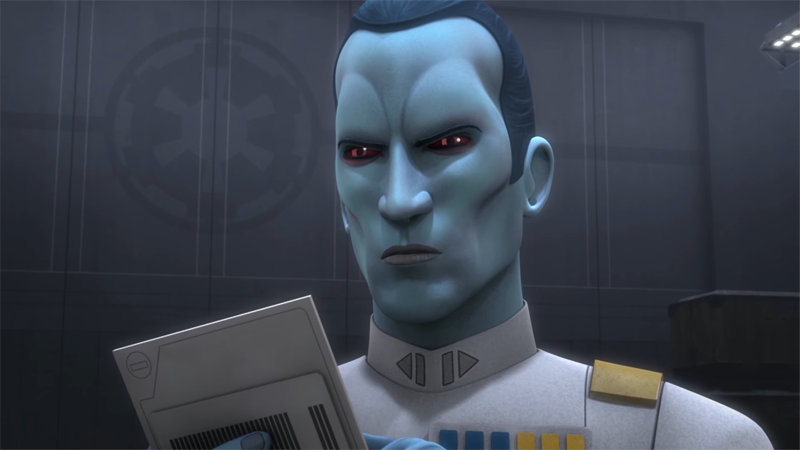 Video: It’s sometimes easy to forget that Star Wars Rebels and its predecessor, Clone Wars, are family shows. Which is why watching a moment when your new bad guy basically forces a civilian to kill himself for no reason other than general dickery is still surprising.

That’s pretty much what Grand Admiral Thrawn does in this new clip from the next episode of Star Wars Rebels, “An Inside Man”. Set inside an Imperial facility that manufactures speeder bikes, Thrawn forces a worker — after making the worker acknowledge the fact he was forced into servitude to the Empire and thus probably harbours a grudge — to test a malfunctioning speeder bike in front of a crowd of fellow workers (including a disguised Kanan and Ezra).

It… well, goes poorly for the guy on the speeder. Unless somehow mere moments after this clip cuts off he gets saved from the ensuing explosion by either of the Force-sensitive people in the room, that is. That would be handy.

It’s a little comically villainous for a character who’s known and beloved for a having a bit more of a tactical and cunning nature, but hey — at least he didn’t manage to find a piece of art to connect this specific moment to.

Although that would be impressive, even by Thrawn’s standards.