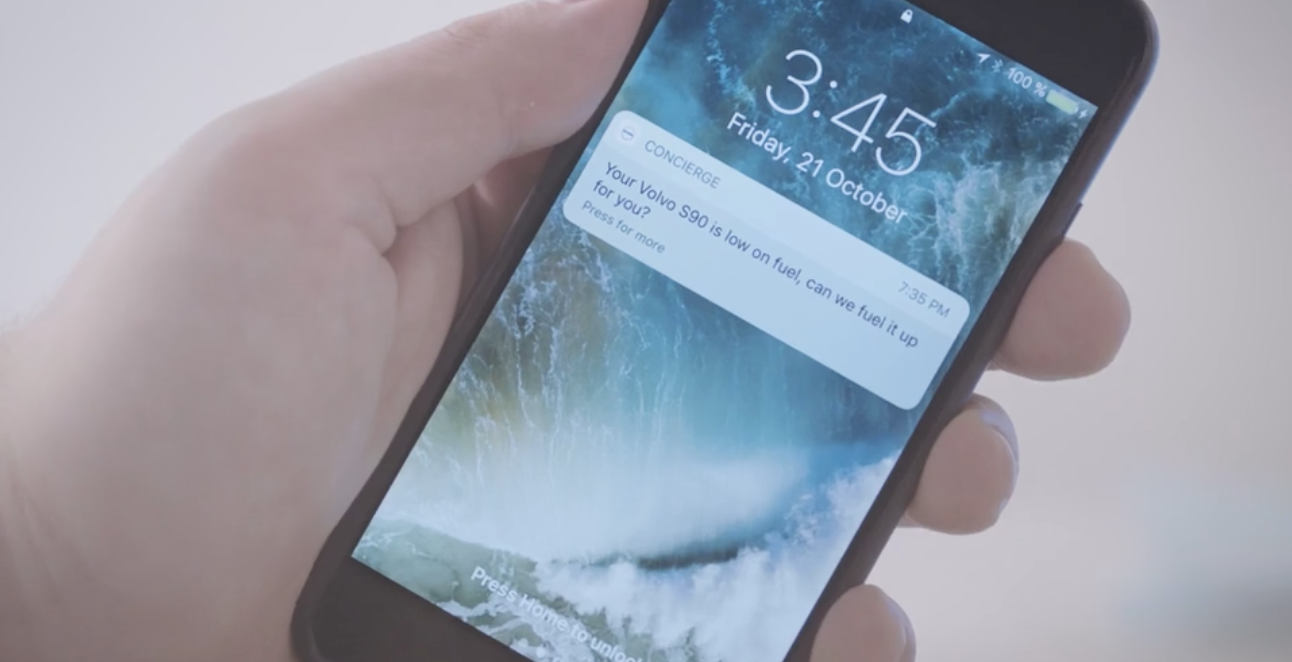 As if there weren’t petrol stations all over the place or something like that, Volvo announced on Thursday that owners will be able to have petrol delivered right to their vehicles by using a smartphone app. Owners can also have their cars taken in for a wash or service, because only peasants do that stuff by hand.

A press release from Volvo says that with its new concierge service program, the company “is promising that [owners] will never have to stop at a petrol station, go to a car wash or even take your car in for service ever again.” The service is currently only for owners of the XC90 SUV and S90 sedan, with a pilot program rolling out to around 300 owners in San Francisco sometime during November.

What a pain it is to do all of that minor stuff, right? Well, the press release says a lot of Volvo owners think so:

Research by Volvo has shown that over seventy per cent of customers want fuelling [sic] services at their fingertips, while fifty-six per cent want their car picked up for routine maintenance, and forty-nine per cent would like to be able to have their car moved to another location when desired.

If you’re in the 70 percent of owners who perhaps don’t have the five minutes in the day to fuel up you own car, well, er, maybe get a less strenuous job.

Once an owner orders a service from his or her phone, Volvo says the program works by making a one-time digital key for those servicing the vehicle. Once the service is done, the key expires and the car locks. The concierge service works similarly to the delivery program Volvo rolled out around this time last year, with digital keys allowing one-time access to vehicles to deliver packages.

Of course, Volvo isn’t just doing all of this out of the kindness of its heart. A video included with the press release lists costs and service fees for each service requested, but since the specific service fees aren’t listed in the release, it’s unclear as to whether or not those prices are placeholders for the video—or if they’ll stay consistent over time.