Turning This Toy Fish Inside Out Reveals All Its Glorious Guts 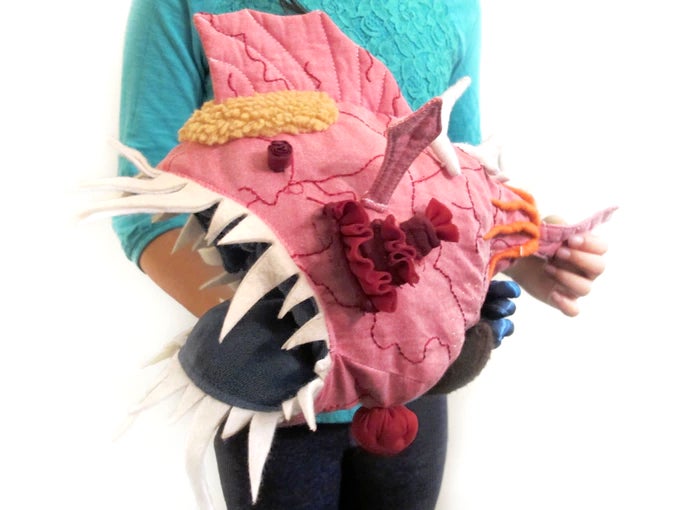 Way back in 2014, Rachel Ciavarella created an unusual plush toy called Morris that could be turned inside out, revealing the fish’s inner biology. The stuffed animal was actually just an experiment in textures and materials, but so many people reached out wanting to buy one that Rachel is finally making the toy available for sale in limited numbers.

With its massive fangs and beady little eyes, no one’s going to pretend that Morris the anglerfish looks as cute and cuddly as the teddy bears you’ll find in any toy store. But since kids also love being grossed out, the toy is a great opportunity to teach children some basic anatomy lessons about what you’ll find inside an animal, and themselves.

Rachel has started a $US25,000 ($33,809) Kickstarter campaign that will help her put Morris into production. The campaign will help cover the cost of a minimal 1000-unit production run from the factory that will manufacture it, as well as the cost of shipping it to each backer if the campaign is a success.

As to why the fish is called Morris, Rachel explains that on her Kickstarter page:

Morris is named after all of my dead goldfish. As a child, every time I got a new goldfish I would name it Morris and it would inevitably die, as goldfish eventually do. Their memories can now live on through the immortal toy Morris fish.

You can order a Morris for yourself for $US40 ($54), or save a few bucks and grab two for $US70 ($95), with delivery expected sometime in June of next year assuming everything goes smoothly.