Trump’s Troll Army Is Having A Hard Time Voting 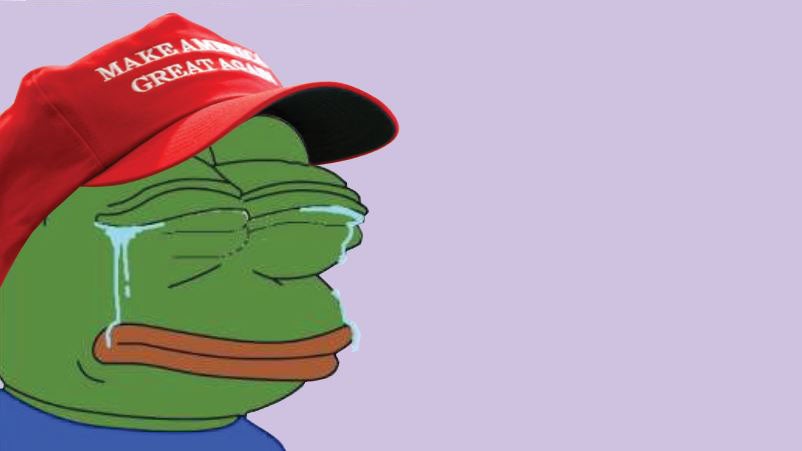 Today, America will decide whether it wants to preserve the semblance of a democracy they live in or burn the whole thing to the ground. And Trump’s loudest supporters have been making some rookie mistakes.


Trump’s internet army has spent this election gleefully propping up a woefully unprepared demagogue — some earnestly, most as a long-running joke. While their collective grasp of trolling and online shenanigans is unparalleled, Trump’s goons are having trouble actually voting their golden boy into office, at least according to many, many postings on 4Chan.

After so many months loudly proclaiming support for their “god emperor” what could go wrong? Quite a few of them have no idea how voting works.

all the meme magic in the world can't vanquish bureaucracy pic.twitter.com/xB6gEBObP9

The “politically incorrect” board at 4Chan (/pol/) is not quite the internet boogeyman many journalists make it out to be, but it has undoubtedly been home base for Trump’s army of trolls and a training ground for the alt-right as a whole. Reddit’s r/the_donald (the group where Oculus founder Palmer Luckey recruited people to join his secretive Trump campaign) has been among the most visible source of Trump support online. A copycat /pol/ board on 8Chan — 4chan’s smaller, more weaponised cousin — has been consistently posting the personal information of journalists and pundits accused of being “anti-Trump”.

However adversarial the relationship between these sites, the three communities have been the driving internet force behind the former Apprentice star’s candidacy.

A number of threads appeared on /pol/ today indicating that Trump supports either hadn’t remembered to — or didn’t know they were supposed to — register to vote in order participate in the great American democracy. There’s a delicious irony in seeing the same people who proclaimed an incompetent candidate’s ability to save the United States fail to grasp how that same country’s electoral laws work.

Some were ejected from polling places for wearing Trump paraphernalia, an act which constitutes passive electioneering in many states. Others were unable to properly fill in their ballots for one reason or another.

tfw you're too beta to make america great again pic.twitter.com/8WdaD3MnIt

It’s worth considering that this is all some sort long con, an attempt to express how the entire election system is defective. Perhaps the trolls are just executing one last troll before the election ends. Then again, there are quite a lot of Trump trolls expressing frustration with the basic function of voting. Twitter also swelled with admissions of voter forgetfulness.

I support Trump. However, I am too lazy to register and vote. So good luck Mr. Trump.

Of course, democracy is complicated. Many Americans forget this when Election Day comes around — or simply get too busy. Or they’re overcome with apathy as a reaction to an increasingly terrifying political climate that makes me want to leap into the Sun and forget any of this happened.

I'll feel kinda guilty if Trump wins. I intended to vote for Hillary but forgot I needed to register in my new state until it was too late.

Case in point: Plenty of Hillary supporters on Twitter also forgot to register. Election laws in the US are confusing and vary state-to-state. This particular election is also being conducted without the full protection of the Voting Rights Act, and as a result many polling stations are closed, Vox reported.

But to see the footsoldiers of Trump’s notorious internet army revealed as ineffectual bullies armed with keyboards and exactly zero common sense is a twist for the ages.