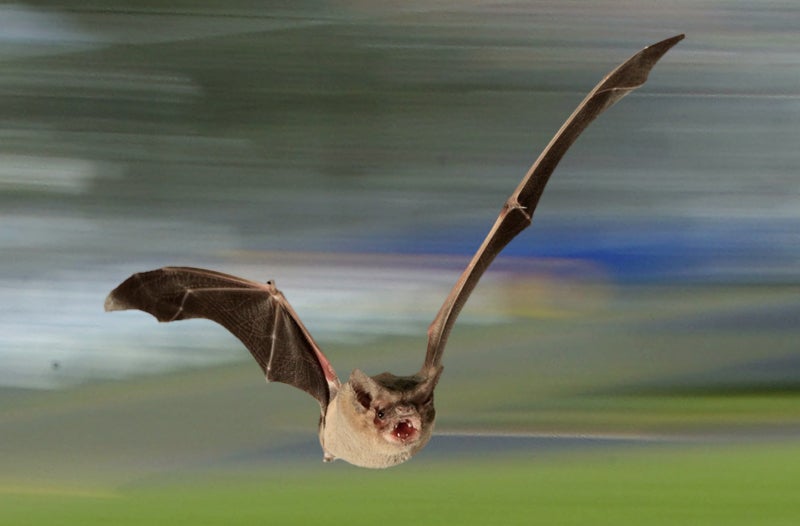 All hail the Brazilian free-tailed bat, which has just claimed a new flight speed record for all mammal-kind.

According to researchers at Max Planck Institute for Ornithology, bats of the species weighing around 12g each were recently recorded flying at speeds exceeding 160km/h, making it the fastest horizontal flyer on Earth.

“Initially, we could hardly believe our data,” said researcher Kamran Safi, “but they were correct.”

In addition to smoking the common swift (the next fastest horizontal flyer at around 100km/h) the insect-loving echolocators shattered the previous highest bat-speed. In the 1950s, researchers estimated the same species to exceed speeds of 95km per hour, an observation that hasn’t been replicated until now. From New Atlas:

Scientists from the Max Planck Institute attached radio transmitters to the backs of Brazilian free-tailed bats. Using a mobile receiver aboard a small aircraft to localise the signal, the team tracked the flight paths of the animals and measured their speed through the air.

After consulting local weather data, the team has ruled out the possibility that tailwinds had a part to play. It says that where birds were assumed to fly more efficiently and faster than bats, its findings suggest a re-think might be in order of how we view the flight ability of the two creatures.

When it comes to vertical flight, however, birds still have the upper hand: In 1999, a peregrine falcon named “Frightful” was recorded dive-bombing at 389km per hour.