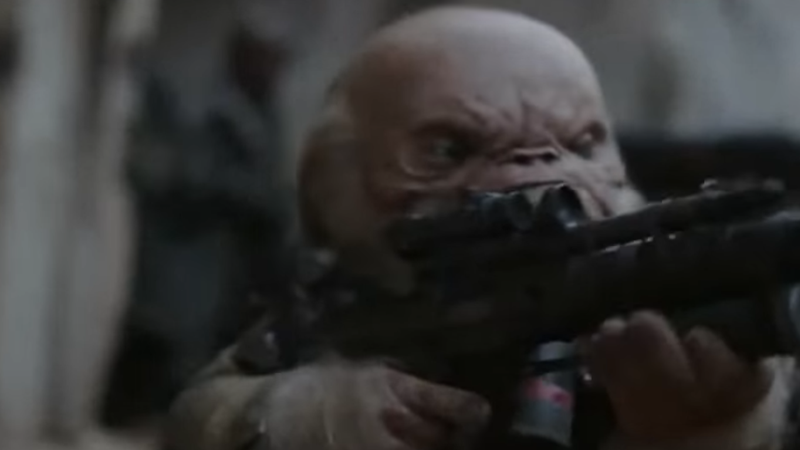 It’s hard to imagine that after three decades and a bunch of roles in different Star Wars films, Warwick Davis has never actually wielded a blaster rifle in Star Wars. That is, until Rogue One, apparently.

An endless stream of new snippets of footage from Rogue One is starting to trickle in now that the film just just a month away, and the above shot is apparently the first time we’ve seen the character Davis will play in the movie — an alien insurgent on the planet Jedha who currently does not have a name, but will have one, alongside a detailed Wookieepedia page and at least three action figures, the moment the movie hits theatres. According to Davis, this is the first time he’s ever actually gotten to fire a blaster rifle on screen, despite appearances across a plethora of Star Wars projects since he first appeared as Wicket the Ewok back in 1983:

My @starwars #RogueOne character made the TV trailer cut. Incidentally, this is the first #StarWars character I've played who has a blaster! pic.twitter.com/zTcPnq9BEN

It’s about time he upgraded from that spear, isn’t it?