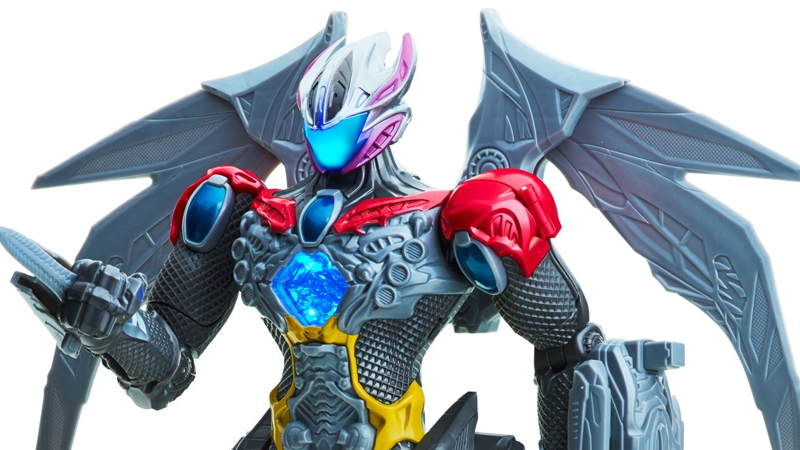 The final piece of the puzzle we’ve been waiting to see from the new Power Rangers movie is the Ranger’s gigantic combining mech, the Megazord. And although many fans were expecting to see something very different to the Megazord from the show, I think this defies a lot of expectations of just how different it is.

It’s not a film render, but just as we saw with the Tyrannosaurus Dinozord, our first look at the final robot is a toy. Revealed by the official Power Rangers twitter account this evening, the toy has lights, sounds, expanding wings (wings!), and figures of all five rangers.

This… well, it’s certainly a giant robot. In fact, it’s actually a kind of very cool looking giant robot. But it is not the Megazord fans know and love in any form. It’s the most radical departure yet in a film full of radical departures — hell, it makes the alien Ranger suits look downright faithful in comparison.

It’s a design that actually looks pretty interesting — especially in trying how to figure out the ways the original zords will combine into it, considering there’s not much colour to go by in the final design — but it does nothing to evoke the original designs, one of the most iconic giant robots in TV history. Well, at least we can’t say that the Power Rangers movie doesn’t surprise us.

No details as to when the toy will be available have been revealed, but the Power Rangers movie hits theatres next year.