This Futuristic Train From 1965 Looks A Lot Like The Hyperloop

Ever since Elon Musk unveiled his idea for a Hyperloop in 2013, we’ve been patiently waiting for it to become a reality. But some people have been waiting even longer. Just take a look at this Sunday comic strip from 1965, which features a train that looks almost identical to many plans for the Hyperloop.

The comic strip Our New Age ran in newspapers all around the world in the 1960s. Written by technology professor Athelstan Spilhaus, the strip was started in 1958 as a direct response to the Soviet launch of Sputnik, and the goal was to get kids in the Western world interested in science and technology.

“Rather than fight my own kids reading the funnies, which is a stupid thing to do, I decided to put something good into the comics, something that was more fun and that might give a little subliminal education,” Spilhaus would later recall.

The formula of the strip was pretty simple: Spilhaus and one of the three illustrators that would draw the strip during its two-decade long run would show readers the history of a given scientific achievement and then explain where that particular field was today. And in some strips, readers even got a peek at what was supposed to be the future.

In the 17 July 1965 edition, the lesson was the trajectory of railroads. Illustrated by Gene Fawcette, the future of railroads looked a lot like the Hyperloop.

“At the turn of the century, railroads were safe, comfortable and the fastest transportation on Earth,” the strip begins.

The strip continues by explaining where the most advanced railroads in the world were in present-day 1965:

Railroads must make a comeback – already in Japan a train from Tokyo to Osaka covers over 300 miles [483km] – along which 40 million people live – in 3 hours! The world’s record for a train is 205 miles per hour [330km/h], made in France ten years ago – but this was very special!

Admittedly, the 2013 designs are a bit more sleek: 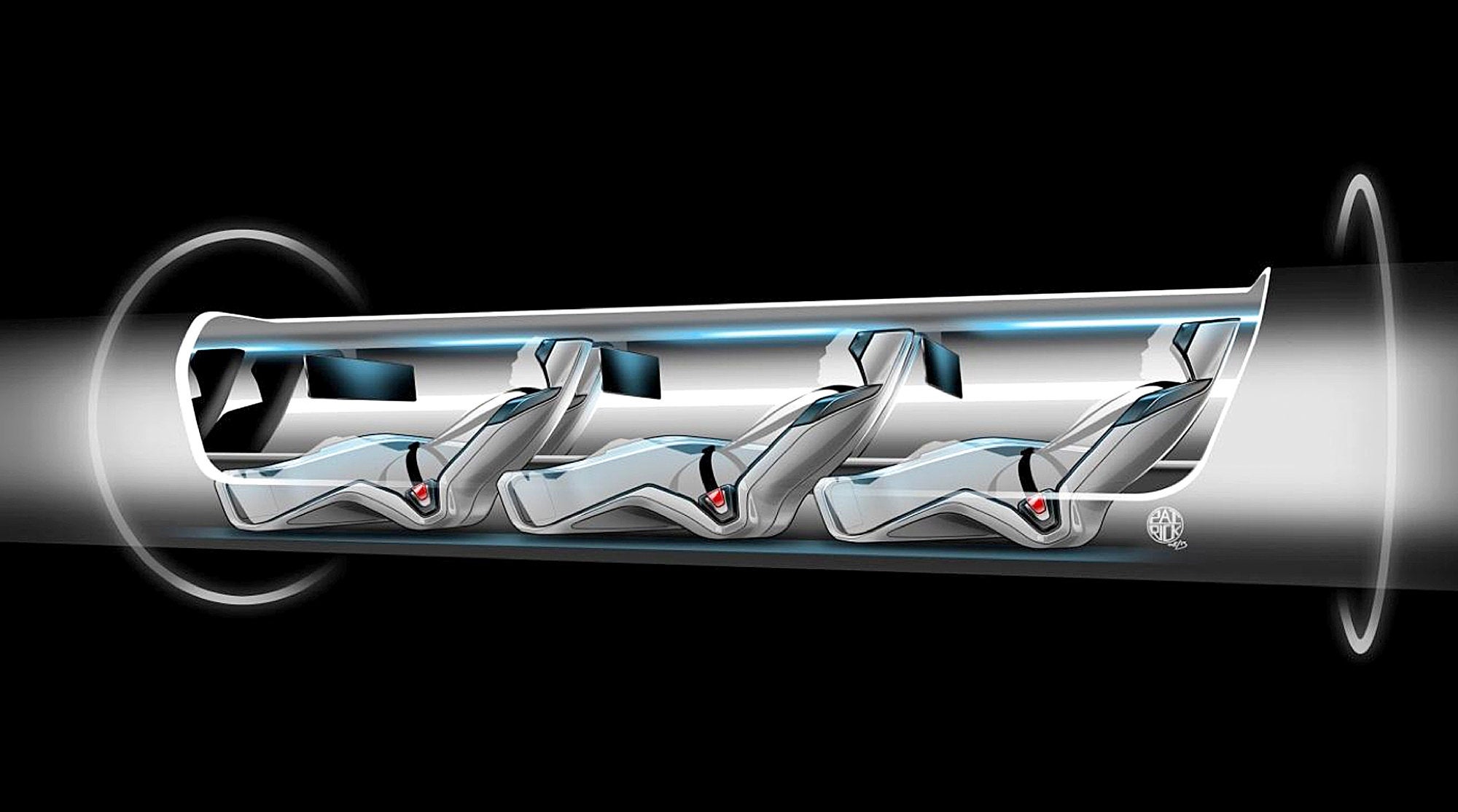 Design for a Hyperloop pod unveiled by Elon Musk in 2013

“To solve auto traffic jams, city transport may move 5 or 6 passengers like peas in a pod, supported and blown along by jets of air through tubes small enough to pass right through buildings or stop in them,” the strip said.

“You’ll be sorted automatically and computer controlled, as you go to the station, punch your destination, drop in the fare and board your pod for a non-stop trip to where you want to go!” the strip concludes.

The strip was quite similar in its themes to Arthur Radebaugh’s Closer Than We Think and even started the same year – 1958. But Our New Age was certainly the more serious-minded of the two.

“The only science I ever learned was from your comic strip in the Boston Globe,” President Kennedy reportedly told Spilhaus when the two met in 1962.

We’re still waiting for the Hyperloop, as teams from around the world work on their own designs. But I suppose we have to be patient. As we can see from this strip published in 1965, the Hyperloop has been over 50 years in the making.