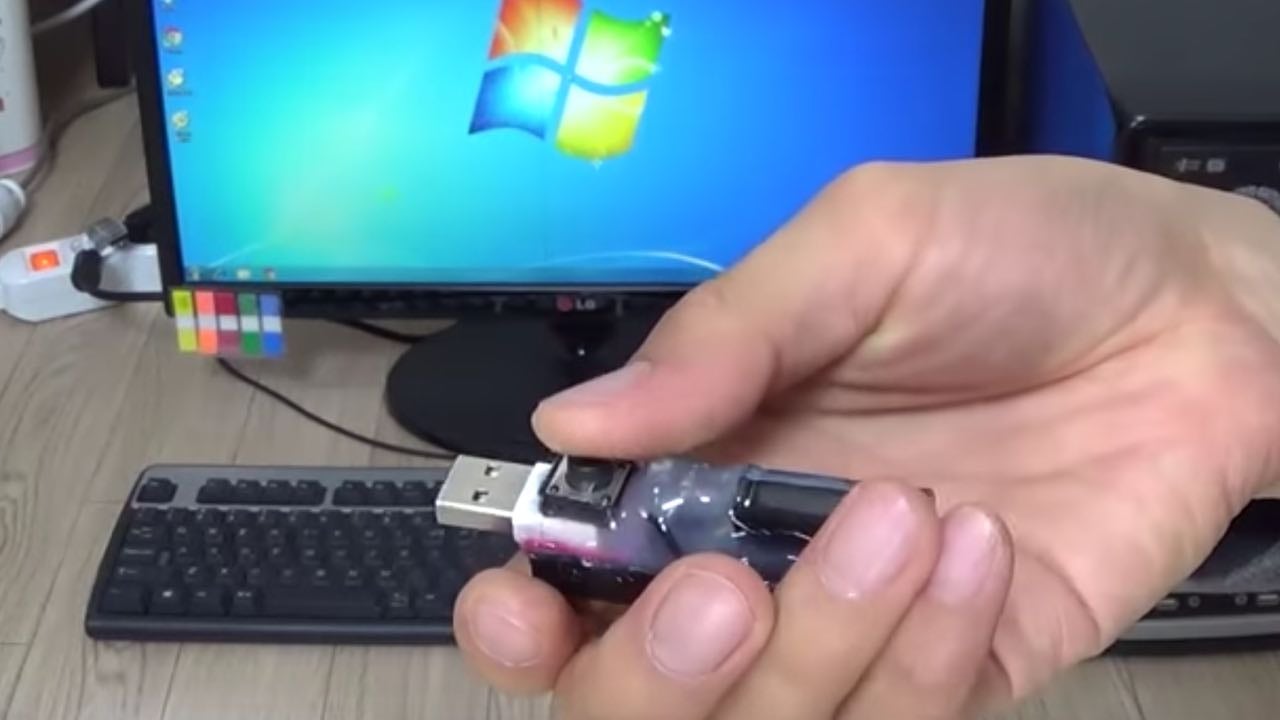 When I was in primary school, kids used to pass around printed out copies of The Anarchist’s Cookbook and we would delight in the type of mischief and mayhem that book described. My favourite entry was the one for the floppy disk bomb. According to the book, with a little bit of match powder and nail polish, you could create a “bomb” out of a 3.5-inch floppy drive that would successfully fry the hard drive on a computer.

Like basically every other entry in The Anarchist’s Cookbook, the floppy disk bomb was a lie. But some 20 years later, innovative DIYers are creating tools that can destroy our computers.

Thomas Kim posted a video on YouTube that shows off his own homemade USB computer killer. Using the parts of a disposable camera flash and a AA battery, he managed to create a mini-taser that plugs into a USB port on a computer. When activated, it gives off 300 volts of DC power, which is more than enough to totally kill the computer it’s plugged into.

Boing Boing calls this an arsehole stick and we totally agree. As you can see from the video, it definitely fried that old desktop used for testing.

This isn’t the first time we’ve seen something like this. Last year, a proof-of-concept USB Killer 2.0 showed off just how much damage 220 volts of power could do to a computer. That concept is now available to buy for $US55 ($72). But why spend $72 when you can just build one yourself?