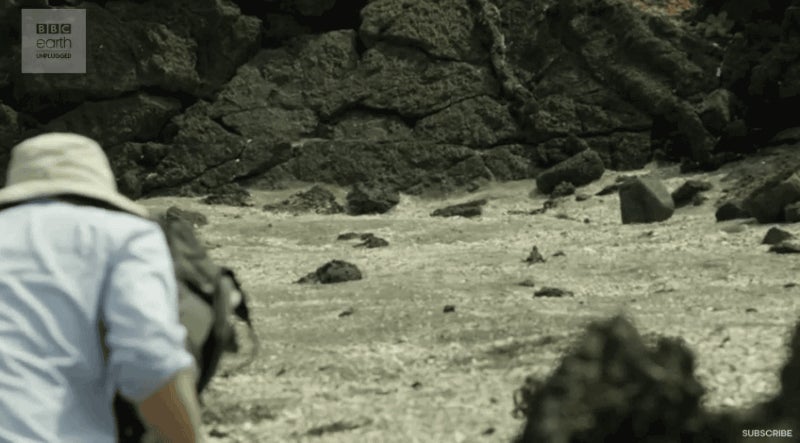 The only thing attracting more attention than the US election right now is that harrowing Planet Earth II video showing a recently hatched iguana as it fends off an army of snakes. For those who can't get enough of this clip, BBC Earth has released some new footage of the encounter as it was being filmed.

The original clip (below) was shown during the latest episode of Planet Earth II, which focused on our planet's islands. The unforgettable scene shows a freshly hatched reptile as it makes a mad dash for freedom as it tries to reach the shore. Trouble is, an army of snakes lie in wait.

Amazing footage: a hatchling sea iguana makes a run for its life to the safety of the shore, but will it escape the runner snakes? pic.twitter.com/c9zIhyed4y

The clip was filmed on Isla Fernandina in the Galapagos, and it's the first time that snakes have been filmed hunting as a group. BBC Earth released a video earlier today offering a glimpse of what it was like to shoot the scene.

As the video points out, the snakes may have been hunting en masse, "but they aren't working together. It's every snake for itself." And thank goodness for that; the idea of snakes hunting as a pack is truly terrifying.

On its Facebook page, BBC Earth also released a 360 degree "tour" of the site, allowing you to track the young iguanas as they make their perilous journey down from the rocks. Best of all, you get to listen to the soothing voice of narrator David Attenborough.