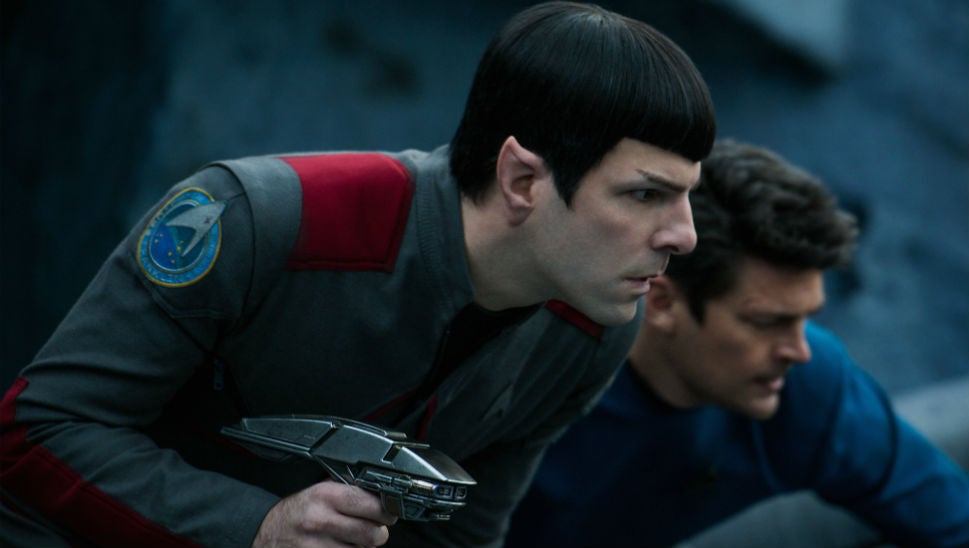 Roberto Orci, a writer and producer on the recent Star Trek films, is known for being outspoken and opinionated. When he says something outrageous, most of the time it’s not that surprising because that’s who he is. Today, though, he dropped some jaws with a racial slur when talking about Spock.

Zachary Quinto as Spock in Star Trek Beyond. Image: Paramount

You see, Orci is of Mexican descent, and in his years as a huge Trek fan, he always connected to Spock, the Vulcan, on a very personal level. He related to him because they are both outsiders. This is a connection Orci has explained many times in the past, one that makes plenty of sense.

What makes less sense is his quote at Variety’s #Inclusion Summit on Tuesday.

“I always thought of Mr Spock as a Latino, he’s an alien, an immigrant,” Orci said. “Just between us, and only I can say this, I personally used to call him Mr Spic.”

Variety reports there were some audible gasps in the room. Orci continued.

“I said that not as a way to denigrate him, but as a way to get in touch with what it’s like for an alien to come into what looks like a great world,” Orci said. “He comes from another land. He’s half human, I’m half Mexican. He has this cultural baggage that he brings in while trying to fit in as much as he can.”

OK, but why then degrade the character and yourself? And if you have to do it for some reason, why do it in public where people are obviously going to take it out of context?

Orci most recently produced Star Trek Beyond, a film he was scheduled to write and direct but eventually did not.