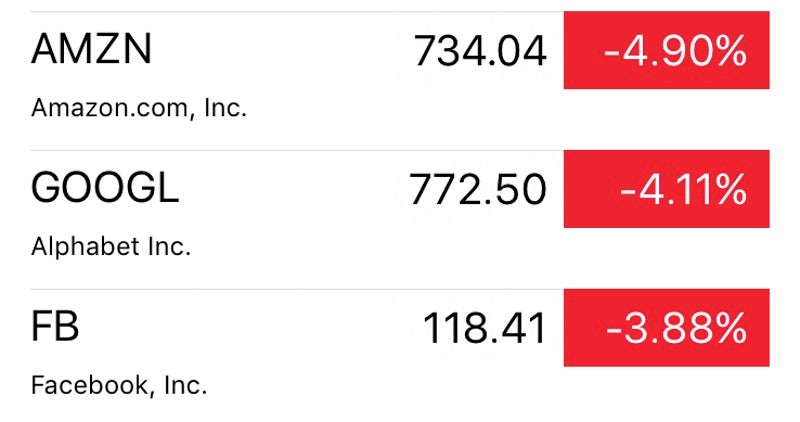 Yesterday the stock market did exceptionally well. But tech stocks weren’t so lucky. And it looks like the impending Donald Trump presidency is continuing to spook investors about Silicon Valley, as tech stocks continue to plunge today.

Twitter seemed to weather the storm better than most yesterday, as it was one of the only tech stocks that was performing well. But today it’s back with the rest of the pack, probably no thanks to the resignation of the company’s Chief Operating Officer Adam Bain.

All tech stocks are currently struggling though:

In somewhat related news, apparently the Trump camp is looking at the head of JP Morgan, Jamie Dimon, as a potential Treasury Secretary. It’s good to see those outsiders finally getting a shot in a Trump administration.