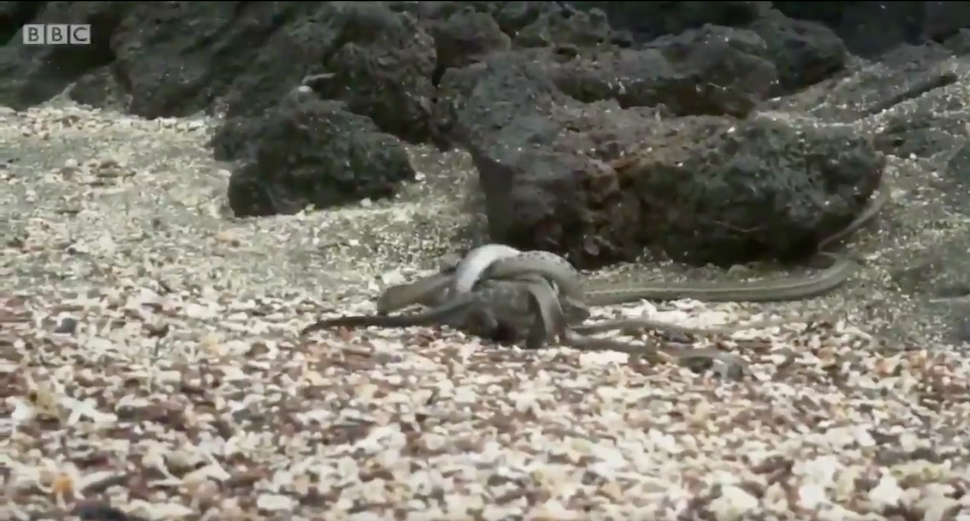 Video: Yesterday, the BBC made the dreams of every naturalist and David Attenborough fan come true when it broadcast the first episode of Planet Earth II, the sequel to the magnificent 2006 series.

The episode, which focused on the planet’s islands, featured a bunch of impressive footage, including a massive penguin colony and a chill swimming sloth. It also documented a terrifying yet classic survival-of-the-fittest scenario in which a bunch of baby iguanas had to escape the slithery power of some scary looking snakes.

The original video can be found here, but some genius on Twitter decided to set the footage to NFL Primetime music, and boy, is it magical.

Set the Planet Earth iguana chase to the NFL Primetime music. Feel great about it. pic.twitter.com/Bug0Ej8bu2

Oh, Planet Earth. You never fail to remind us that we’re all just baby iguanas on this beach we call life.