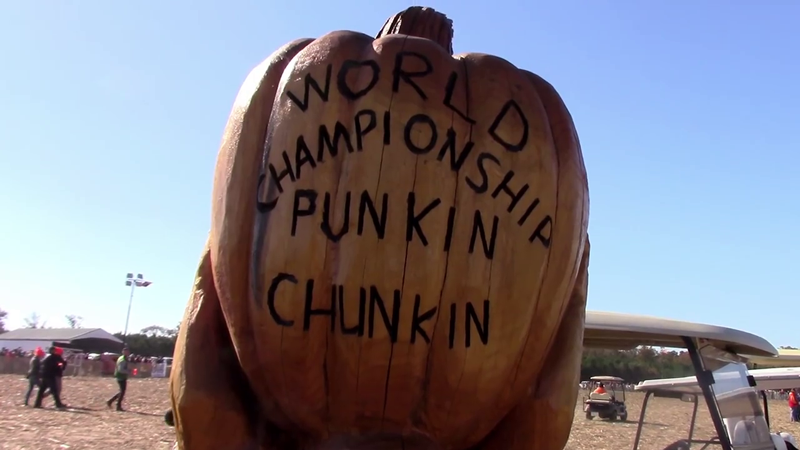 On Sunday, the Science Channel in the US announced that it would not be airing a planned three-hour “Punkin Chunkin” special after an exploding air cannon injured two people, including a video producer who was hospitalized in critical condition.

“In light of the unfortunate incident at the Punkin Chunkin event on Nov. 6, Science Channel will not air ‘Punkin Chunkin’ as originally planned,” said a channel spokesperson in a statement. “We are sending our hopes and prayers for a full recovery to the injured woman, her family and loved ones.”

The annual pumpkin-tossing festivities ended abruptly this month when a cannon known as “Pumpkin Reaper” malfunctioned, sending a large metal trap door flying into the 39-year-old woman’s face and head. Police initially reported the woman had died but later updated her status. A 56-year-old man was also hospitalized with non-life threatening injuries.

According to witnesses, the woman was trying to escape the explosion when the metal debris landed on her hard helmet. From NBC News:

Spectator David Aronson, 52, of Falls Church, Virginia, said he was about 22.86m behind the cannon when it exploded. He said a piece blew off the launcher that was the size of a car door.

“It arcs down on this woman who is running away as it hits her,” he said.

Aronson said the woman appeared motionless as people gathered around her. A short time later, the competition’s announcer asked the crowd to pray as she was flown to a hospital. The announcer then said the contest was over, Aronson said.

“I can’t get the sound of the hard helmet out of my head to be honest with you,” another spectator told the Cape Gazette. “That plastic, cracking sound is what you heard when the plate hit her.”

First held in 1986, the Punkin Chuckin championship was canceled last year after organisers said they were “unable to locate a willing insurer to adequately protect our host venue, our organisation, our fans and our spectators.”