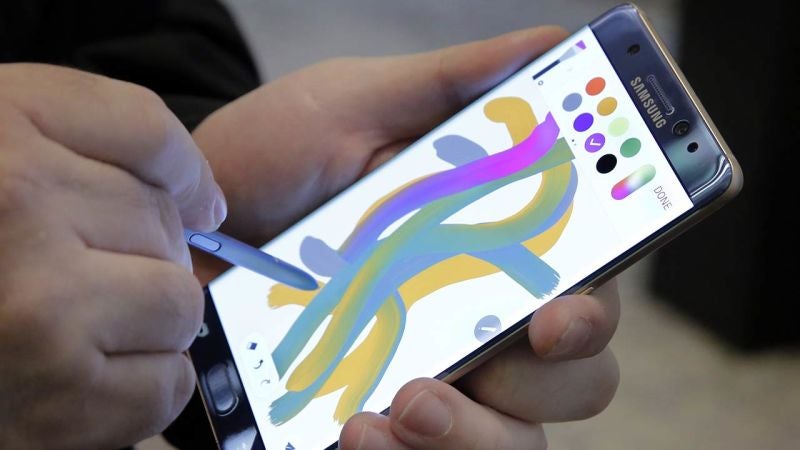 Samsung New Zealand has had it with idiots who refuse to turn in their recalled, explodey Galaxy Note 7 devices. Starting on November 18, Note7 owners in New Zealand “will no longer be able to connect to any New Zealand mobile network services to make calls, use data, or send SMS messages”.

In other words, if you still insist on keeping your dangerous device around, good luck doing anything with it but using it as a glorified iPod touch.

In a statement on its website, Samsung New Zealand says:

We strongly urge any customers still using their Note7 to return their device to the place of purchase for a refund or replacement. Between November 4th – 18th, we will contact our customers on at least two separate occasions with information about this network discontinuation event to ensure they have received adequate notice.

So this is great for New Zealand, but what about the rest of the world? A Samsung spokesperson told me:

In the US, we’re considering many options to ensure that all remaining Note7 devices in customers’ hands get returned as smoothly as possible.

The Galaxy Note7 is already banned on all US airlines, Australian flights and in many other countries too. Samsung has even limited charging of the device in some countries to just 60 per cent capacity. Samsung is also offering cash incentives in the US to get customers to turn in their phones for a new Samsung. Since the global recall, Samsung has seen its profits sink.

Honestly, as much as I dislike the Big Brother aspect of any company bricking devices without user consent, in this case, I think that’s what Samsung should do. As for the cavalier users out there: If you’re still using your Galaxy Note7, in spite of everything, you deserve public scorn.