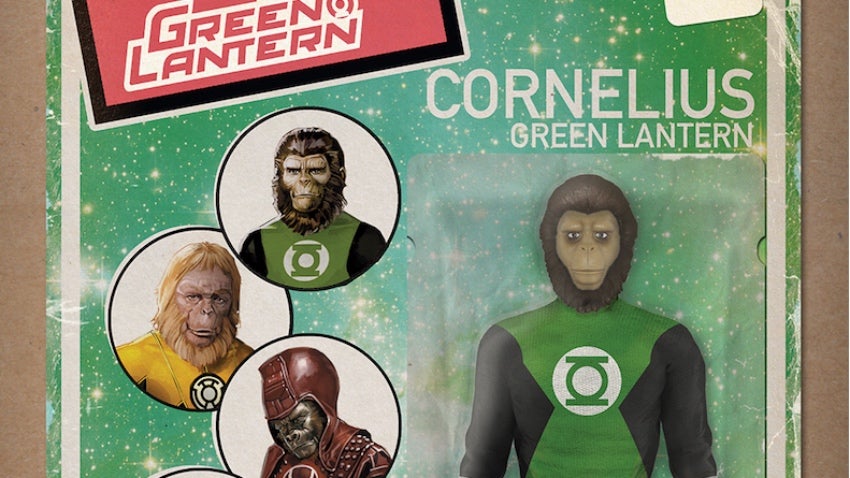 We got super psyched when we heard that the Green Lantern Corps was heading to the Planet of the Apes for its latest crossover comic series. Now, we’re getting a look at the star of the show: Cornelius, the coolest ape around.

A couple new covers for the upcoming series from BOOM! Studios have been released, including a CBR-revealed variant for the first issue that shows Cornelius side-by-side with the other heroes of Green Lantern Corps. We speculated that Cornelius was going to be the hero of the story, and these images definitely confirm it. 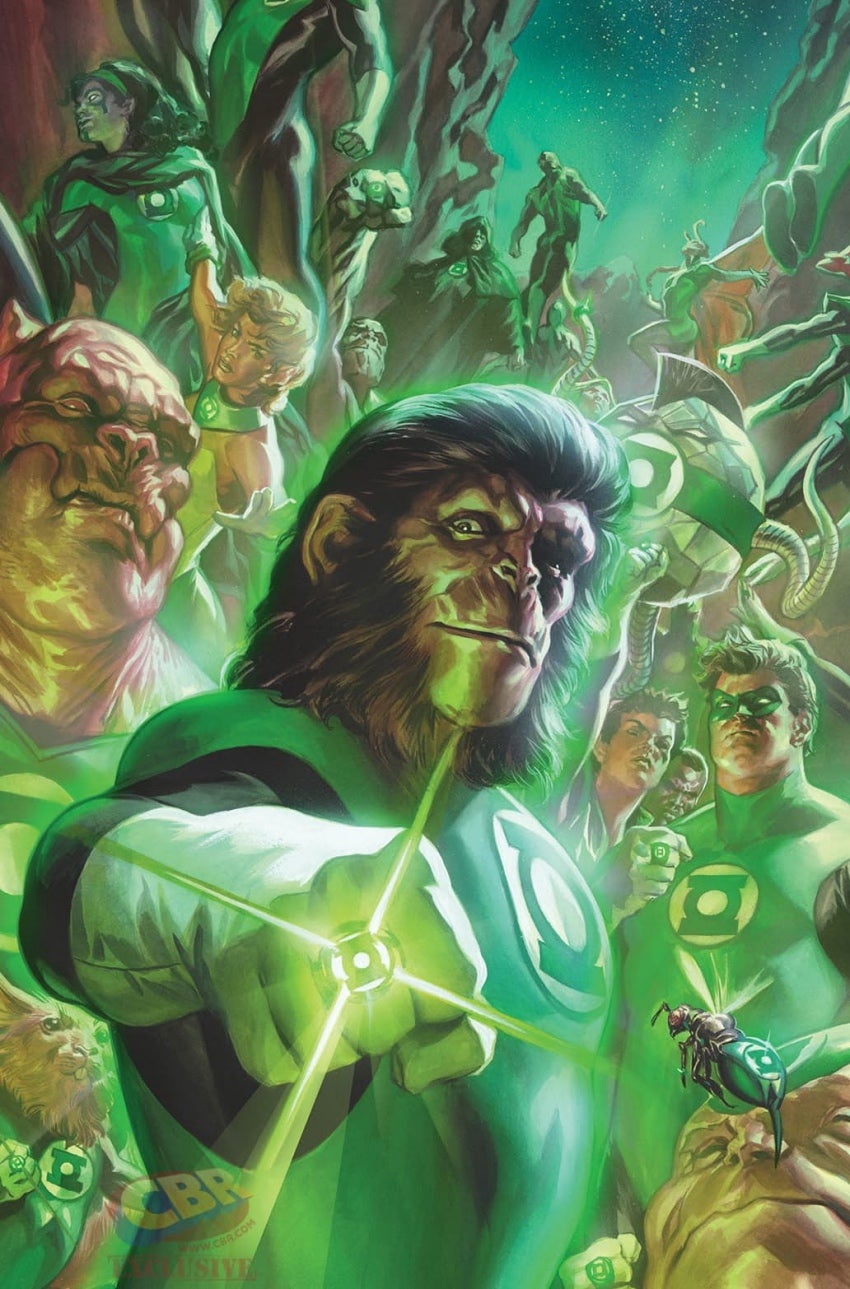 Doctor Cornelius was a male chimpanzee who was played by Roddy McDowall in most of the original films. He was an archaeologist who helped expose the truth behind the planet’s human origins, and is also the father of Caesar, at least in the original story. It makes sense that BOOM! Studios would bring Cornelius into the fold as a Green Lantern. The comic book developer actually expanded on his past in a previous comic book series, Planet of the Apes: Cataclysm, diving further into his research on humans and his part in averting an ape civil war. 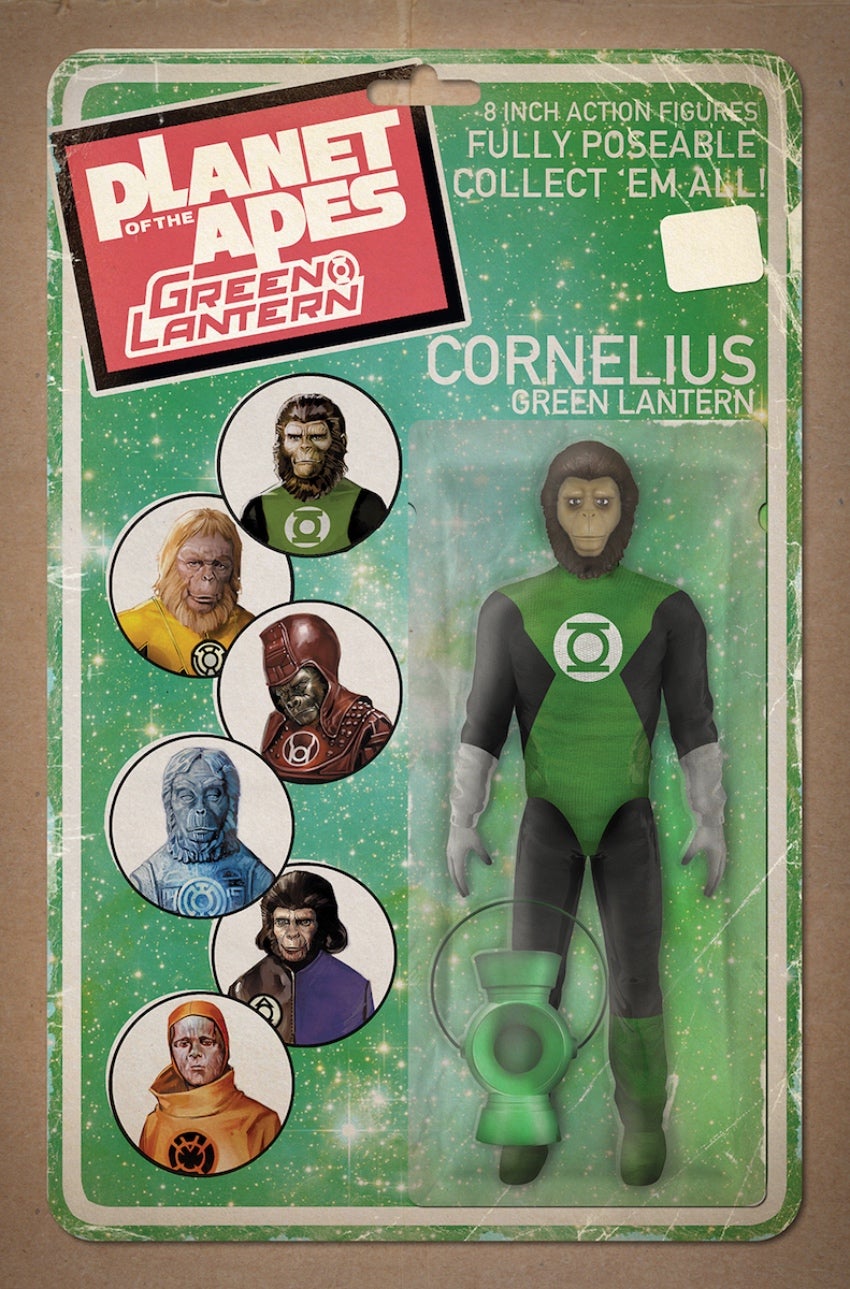 The six-part miniseries for Planet of the Apes/Green Lantern starts February 2017.