No, Cigarettes Won’t Be Replaced By Walkie Talkies 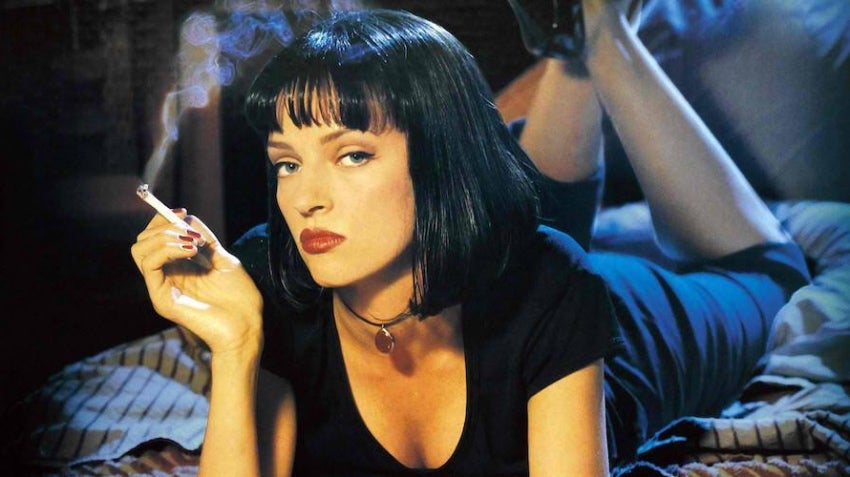 A US lawsuit has failed to get rid of smoking in all-ages movies, ensuring that Hollywood doesn’t need a warning label every time someone lights up.

U.S. District Judge Richard Seeborg dismissed a lawsuit by a California parent who wanted to make smoking cigarettes an R-rated action, claiming Hollywood was killing kids by showing smoking on-screen. While it’s true that the tobacco industry has been guilty of using propaganda-style imagery to invent benefits of smoking while erasing the risks, the father’s claim that Hollywood directly causes 200,000 kids to become cigarette smokers every year was basically pulled out of his butt.

Granted, there have been reports linking Hollywood’s use of onscreen smoking to underage smoking, and assertions that the industry hasn’t done enough to stop it. While the use of smoking in G, PG, and PG-13 actually went down by half between 2014 and 2015, it’s still shown on screen quite a bit. Three out of five PG-13 movies last year featured at least one character smoking.

In 2012, the U.S. Surgeon General suggested that Hollywood could be more proactive in reducing how often kids see smoking in movies, and added that giving R ratings to cigarette smoking would reduce the number of teen smokers by almost 20-per cent. As of now, the only action the MPAA takes is self-regulating. They can choose to add a “smoking label” to a rating, but they mostly don’t- only one out of 10 non-adult movies had them last year.

While defending onscreen puffery, the MPAA cited the film industry’s right to free speech, basically saying that ratings are opinions of what’s acceptable for children. They argued that if social issues like smoking could be used to change ratings for films, then that could also be used for things like gambling, drinking, even Fast and the Furious-style car chases. Of course, that goes into the larger issue of whether things like sexuality should be treated as a social issue instead of a moral one, since sex is often rated harder than violence. But that’s a much bigger issue for another time.

The lawsuit decision also reinforced a victory for every parent who plans on dragging their toddler to a screening of Logan. Unlike Great Britain, where audiences are forbidden to see a movie if they’re younger than the age rating (like 12 or 15), the U.S. ratings system doesn’t actually bar most children from almost any major film, even R-rated ones (if they’re with an adult). In the words of Captain Barbosa, our ratings system is “more what you’d call guidelines than actual rules.”