Nintendo Switch Will Reportedly Be Cheap, But What’s The Catch?

Nintendo won’t be giving us more details about the upcoming Nintendo Switch console until January, but we’re already getting leaks of the expected launch pricing. It almost seems too good to be true.

According to a (now deleted) webpage from Toys ‘R’ Us in Canada (a cached page is here), the Nintendo Switch base model will be $330 in Canada. That’s the equivalent of about $322 Australian dollars. 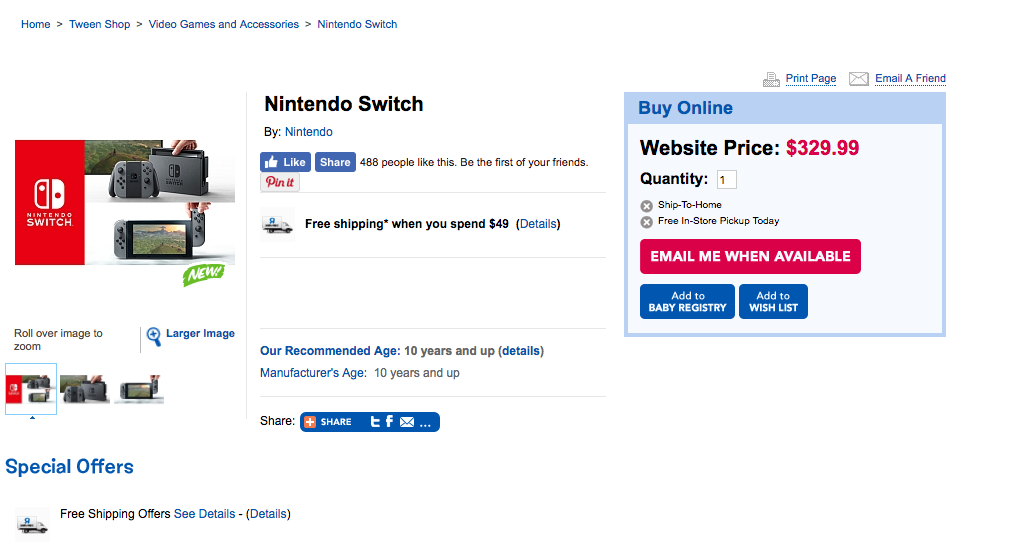 The problem, of course, is that we don’t know what you actually get for $322. Does that include both controllers, as the product images imply that it does? Does it come with the stuff that you need to hook it up to your TV? The Canadian Toys ‘R’ Us page doesn’t show those details. For all we know, $322 could just be the price of the screen.

Hopefully, our worries will be for nought. Let’s Play Video Games’s Laura Dale also reported that the Switch will launch for £200 ($330 AUD) for the basic version, which she says will just be the console and controllers. Dale says a model with more internal storage and a pack-in game will sell for £250 (which is the equivalent of $413 AUD).

If these pricing leaks are accurate, it could signify that Nintendo is positioning the Switch in the same price range as a portable console, rather than going above the $400 price point like other stay-at-home consoles. And honestly, that would make a lot of sense, especially given all the ways Nintendo wants you to believe you’ll actually play with the Switch.

Is $322 cheap enough? As long as it comes with everything you actually need to play — game notwithstanding — I’m down.