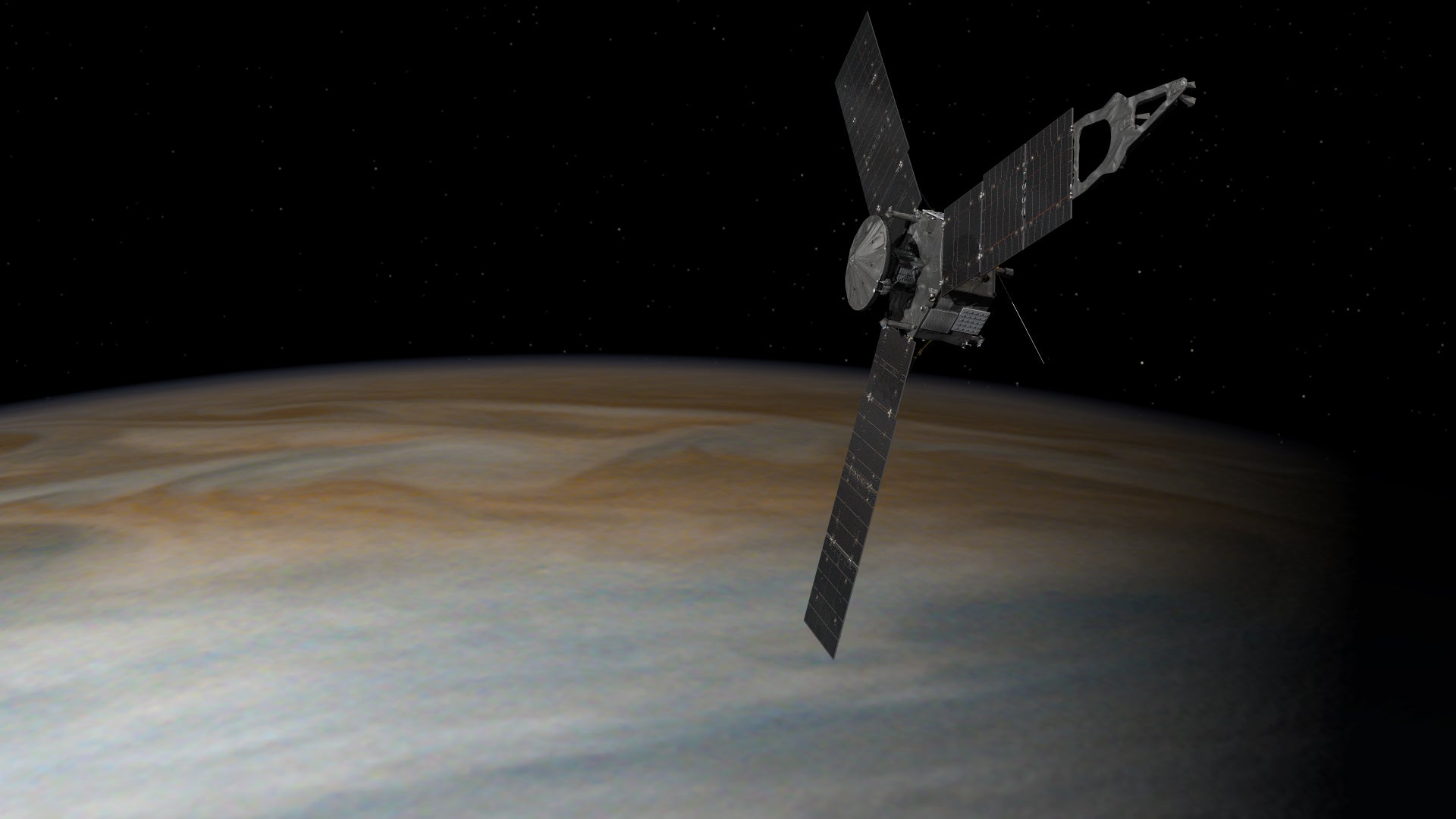 NASA’s Juno mission is not exactly proceeding according to plan. Last month, an engine burn that would have brought the Jupiter-orbiting spacecraft into a low-altitude orbit was delayed following a malfunction with a pair of helium valves. Now, NASA has confirmed that the next opportunity to enter “science orbit” will also be missed – and that may be the case for the foreseeable future.

On October 14, NASA announced that Juno’s final main engine burn, intended to move the spacecraft from its current 53.5-day elliptical orbit into its 14 day science orbit, was not going to happen as planned on October 19. Instead, the space agency flagged December 11, Juno’s next close approach (or perijove), as a possible future opportunity to execute the manoeuvre.

But a few weeks later, NASA issued another statement indicating that the December 11 perijove would be a “science flyby”, wherein the spacecraft points its scientific instruments at Jupiter to collect data, as it did on August 27. Jet Propulsion Laboratory spokesperson DC Agle confirmed to Gizmodo that this means no engine burn. “A majority – if not all – instruments would be off during such a manoeuvre,” he said in an email.

Agle did not speculate as to when Juno might attempt to fire its engine again. The spacecraft’s next perijove falls on February 2, and there’s another one after that on March 27. 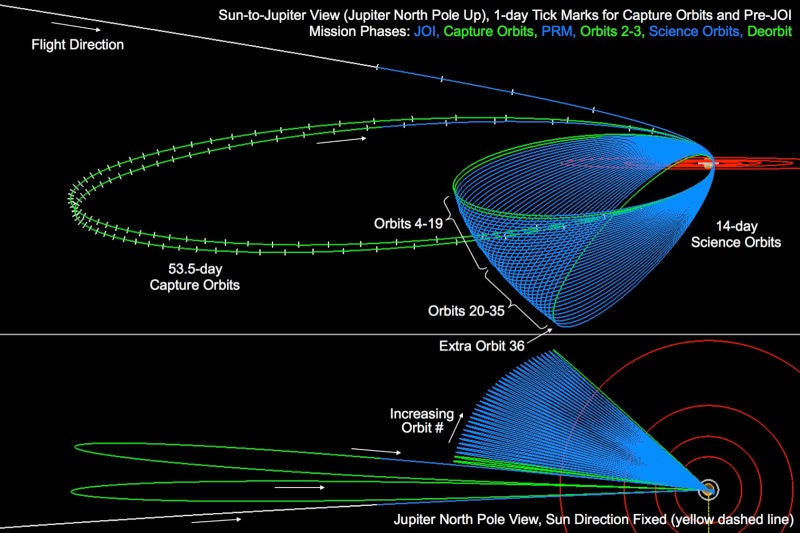 But NASA has been dropping hints that Juno may be stuck in a 53.5 orbit for a long time, possibly for the duration of its mission – and that this might not be the end of the world. “We can do all of our science in a 53-day orbit if needed,” Juno principal investigator Scott Bolton told reporters at recent Division of Planetary sciences press conference in Pasadena.

The Juno spacecraft was originally set to perform 33 two-week science orbits, which would bring it close to Jupiter’s poles and back out again, in order to peer beneath the gas giant’s cloud tops and map its magnetic field in unprecedented detail. In a 53.5 day orbit, it will take a longer time for Juno to collect the same amount of data. But since the spacecraft is only exposed to intense radiation during its close polar approaches, the overall radiation dose should not change much. “It’s the number of orbits that drives radiation up,” Botlon explained.

In mid-2019, if Juno is still in a 53.5 day orbit, it starts to run into eclipse issues, passing through Jupiter’s shadow for several hours each orbit. This could cause power deficiencies for the solar-charged spacecraft.

The space agency would have to cross that bridge if and when it arrives. But for now, engineers are still trying to find a solution to the helium valve issue. At a Lunar Exploration Analysis Group meeting last week, SpaceNews reports that James Green of the Planetary Science Division described NASA as taking a “very slow” approach to the problem. Among other things, it’s investigating possible connections to a thruster malfunction with a similar engine in Boeing’s Intelsat 33e satellite, which launched in August.

“We’re going to take another cycle around Jupiter and really study what’s happening before we make a decision on what to do next,” Green said.