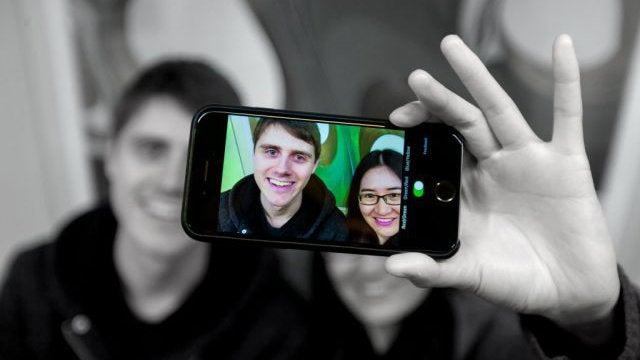 Microsoft has a nifty new app that can help colourblind people see exactly what they’re missing out on. Called Color Binoculars, the app makes use of the phone’s camera to adjust colours in such a way that a colourblind person can see whatever’s in the frame in the same way a non-colourblind person would. I love this idea, because I’m colourblind. 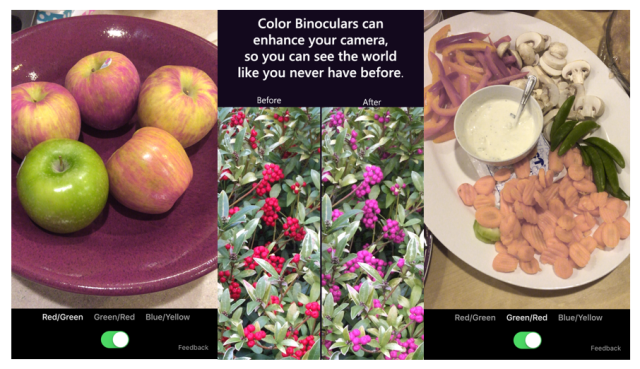 Again, this sounds especially appealing to me, a colourblind person. I didn’t realise I was colourblind until I was 15 years-old. (It wasn’t all that surprising, since one in 12 men are colourblind.) My diagnosis came during a routine eye exam, when an optometrist showed me some cards with different coloured dots and splotches on them. I was supposed to see numbers and letters within the dots, but I couldn’t see oddly shaped circles. It hadn’t affected me until then — and it didn’t affect me too much after — but it was slightly frustrating knowing I was missing out on the full spectrum of vibrant colour life has to offer. The first time I tried colourblind glasses reinforced this mild frustration.

The app is super simple. It offers three modes, one for each of the three most major types of colourblindness: Red/green, green/red and blue/yellow. There’s also an option to turn off the colour correction, so you can easily swap between what you normally see and what a non-colourblind person sees and contrast the differences. Although the Color Binoculars didn’t actually make me any less colourblind during my few minutes of testing, it was pretty cool to see things in full colour, for once.

The app is available for iPhone in the US app store. There’s no word yet on an Android release.

[Microsoft via The Verge]