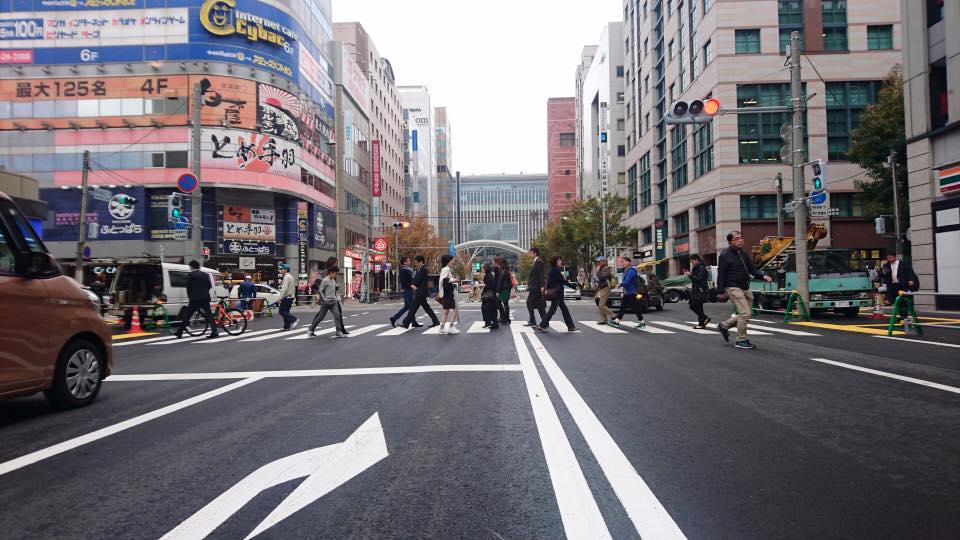 A massive five-lane wide sinkhole in the Japanese city of Fukuoka that was repaired in just four days is sinking again, prompting city officials to stop traffic at the busy intersection.

When the road re-opened less than a week after the gap emerged, the mindbogglingly quick repair work was lauded as a testament to Japanese organisation and efficiency. But when the road dropped some 7cm across a 30 square metre area over the weekend, the accolades turned to doubt.

Police cordoned off the area once the dips in the road were detected. No injuries, power outages or gas leaks were detected from the sunken road, and police re-opened the intersection after a four hour interruption.

City officials assured CNN that a certain amount of movement was expected as the sand and cement used to fill the hole continues to settle. Workers dumped around 7000 cubic metres, or about 2000 trucks’ worth of aggregate, into the sinkhole during the repairs. A government spokesperson said the sunken surface may have been caused by compression of the cement mixed in the special soil used to fill the gap.

The city’s mayor apologised over Facebook, saying the city’s residents should have been told about the potential for the road to dip. The mayor assured his constituents that an investigation will be conducted once the ground completely settles and solidifies, saying it’s possible that a recent magnitude three earthquake could have contributed to the recent dip.