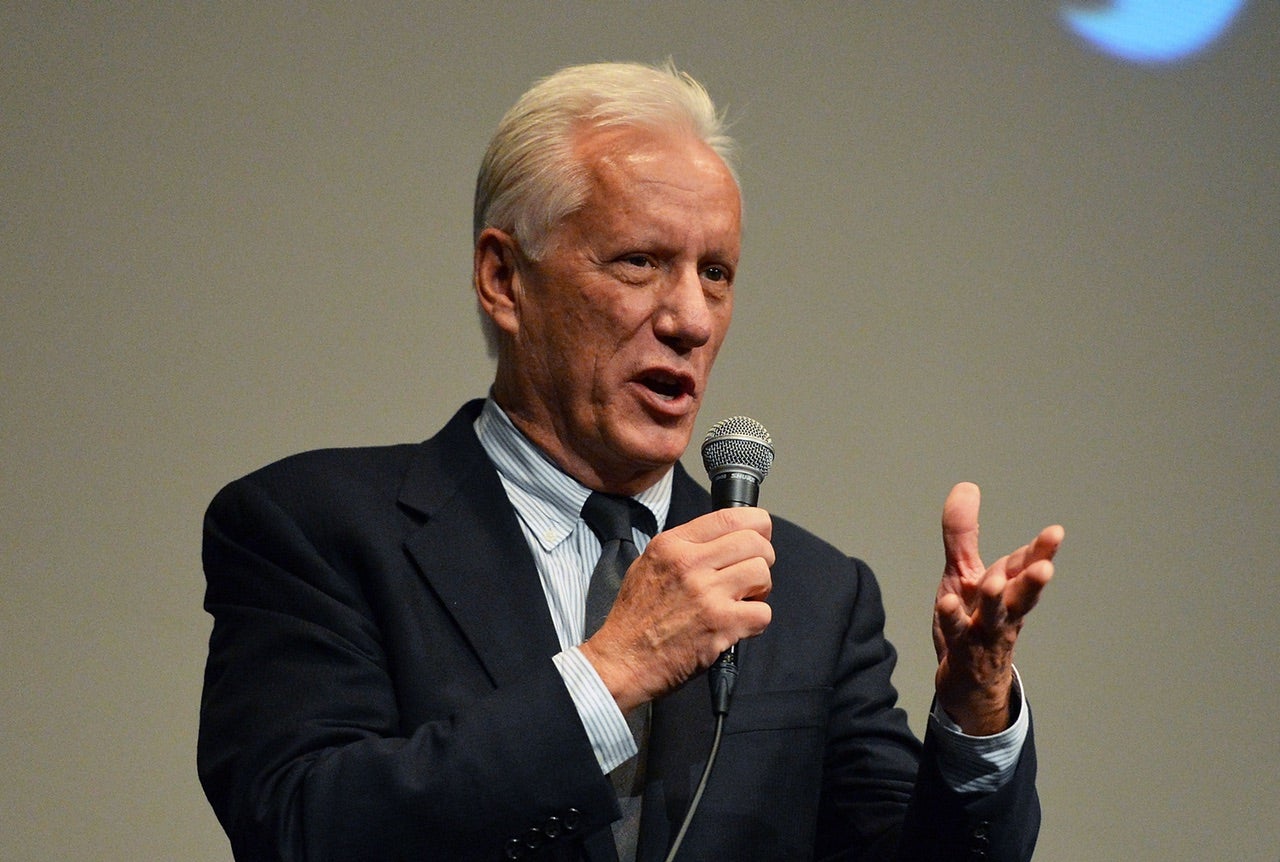 James Woods has become a hero of the so-called alt-right on Twitter. But the actor, perhaps best known as winner of the 2000 "Role Model Award" at the Young Hollywood Awards, has decided to quit the social media service. Why? He's upset that Twitter has banned some alt-right accounts. Which is pretty rich, given the fact that Woods recently sued a Twitter user who called him a coke addict.

James Woods in 2014, a year when he tweeted that Al Sharpton was a "disgusting pig" (Photo by Slaven Vlasic/Getty Images)

"Since Twitter is now in the #censorship business, I will no longer use its service for my constitutional right to free speech. #GoodbyeAll," Woods tweeted yesterday afternoon, apparently confused about the fact that free speech laws don't apply to private companies that run services like Twitter.

The actor, widely lauded for his role as Security Guard #2 in the 2009 iCarly episode "iWant My Website Back", has used the service since September of 2009. He racked up over 13,000 tweets, including this one, which called one of his fans a "disgusting reprehensible liar".

Woods raised a few eyebrows last year when he sued a semi-anonymous Twitter user who had accused him of being a "cocaine addict". Woods, whose performance in the 2003 TV movie Rudy: The Rudy Giuliani Story has been described as "I bought this DVD thinking it would be about football. It's not," didn't get to meet his Twitter troll in court. The man he sued for libel recently died of unknown causes.

Woods later tweeted that he hoped the semi-anonymous Twitter user died while screaming his name and that the man was "slime". The dead man's lawyers have continued to fight to keep his identity private citing threats to his family.

"Learn this. Libel me, I'll sue you," Woods, a normal human being, tweeted at the time. "If you die, I'll follow you to the bowels of Hell. Get it?"

Many Twitter users who claim that they're quitting the service often come back — especially if, like Woods, they have been using the social media platform for years. But we'll take Woods at his word. Woods, who shot to fame after appearing in the 1989 documentary Hollywood on Horses about famous movie horses, could not immediately be reached for comment.