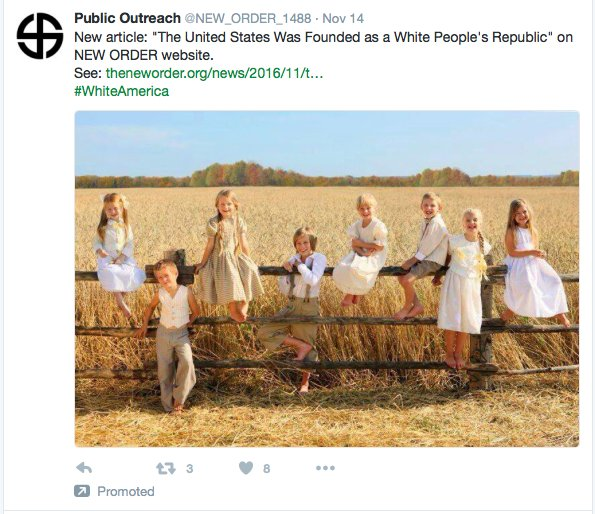 Hey Twitter, good job on finally rolling out that anti-harassment feature this week. Unfortunately, you’re not out of the mud yet. Looks like at least one questionable promoted post found its way into a Twitter user’s feed.

.@twitter I can't believe anything still surprises me, but why the fuck am I seeing nazi ads on this website pic.twitter.com/jtKKnn8XR5

Another user also claimed to have seen the post in her feed.

The account that allegedly put out that sponsored content, @NEW_ORDER_1488, is now suspended. Twitter’s ad policy explicitly prohibits “hate speech or advocacy against an individual, organisation or protected group based on race, ethnicity, national origin, colour”.