Here’s Why Disney Is The Proud Owner Of MuppetF**ker.net 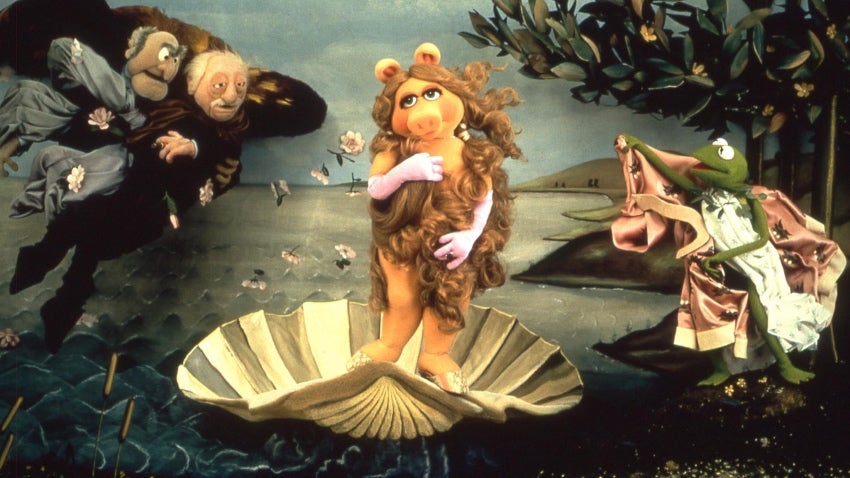 YouTube Muppet researcher Joshua Gillespie recently shared some findings from a dive into Disney’s Muppet-related domain names, after coming across one little gem.

“It was an ‘Oh my God,’ and then laughing for about five minutes uncontrollably,” Gillespie told io9. “Cause I’m thinking Disney, nice super friendly. I know the Muppets can be pretty vulgar, [but] just knowing that Disney owned it is what made it the funniest.”

The response was joyous. After a tumultuous week in politics, combined with bigoted attacks and fear of even more bigoted attacks, knowing that Disney was sitting on MuppetF**ker.net was a well-deserved breath of fresh air. But, why do they own it in the first place?

Turns out, Disney didn’t actually register it themselves. Gillespie said further research shows the domain was previously registered by the Jim Henson Company in 2001. This would mean Disney had acquired it, along with all the other non-MuppetF**ker domains, when they bought out the company in 2004.

Now, cyberporn was an issue in the early 2000s, but it wasn’t the force-to-behold that it would become later. And this was two years before Avenue Q debuted, so doing it Muppet-style wasn’t exactly part of the larger cultural vernacular. Muppet f**king may not have been something that was catching the Jim Henson Company’s eye, at least at the time, but the company did find out about a deejay whose name they did not care for.

Noah Lee started going by the DJ name MupperF**ker in 1995, after he and a friend of his came up with it and thought it was funny. He also owned several MuppetF**ker domain names, including MuppetF**ker.net. After using the DJ name for six years, Lee told io9 the Jim Henson Company likely found out about Muppetf**ker after he performed at SXSW in 2001 and got a review in a local weekly magazine. Soon after, Lee got a cease-and-desist letter from the Jim Henson Company in March 2001, which demanded he stop using the name Muppetf**ker and hand over all domain rights.

“The day the letter showed up, I walked to my mailbox and opened it up, and when I pulled out that Kermit letterhead I knew right then it was over,” Lee told io9. “Many people said I should try and fight it or that I could pick something similar like ‘Puppetf**ker,’ but let’s face it, nothing is funnier than Muppetf**ker, as this latest round of people discovering the name proves.”

Man, never knew this would come up again. Here’s the cease and desist for my old DJ name, Muppetfucker. https://t.co/OHEH2zOqdy pic.twitter.com/VZnUC9UGsx

So there you have it. Disney isn’t preparing for some NC-17 romp in the hay with Kermit and Miss Piggy — they’re just holding the baggage from Jim Henson’s rivalry with a vulgar-named deejay. But hey, at least we can still get a laugh about it.