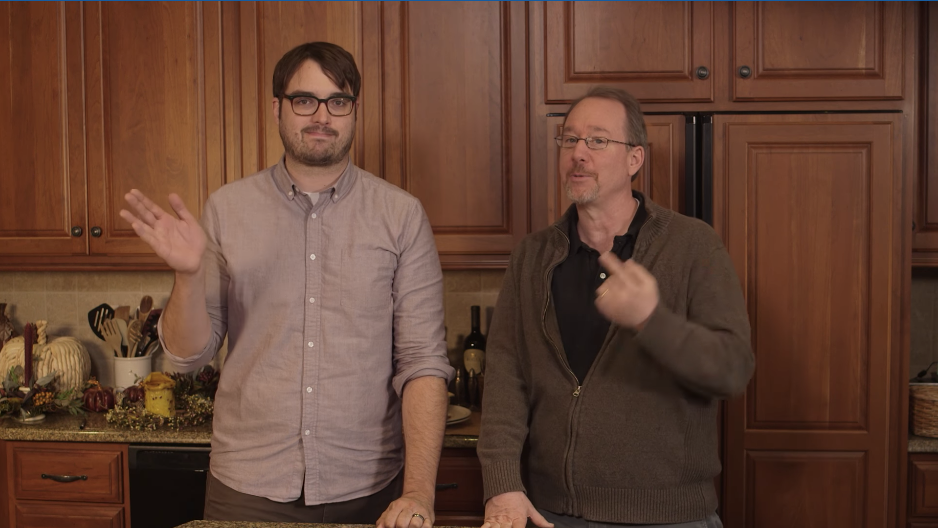 Jonah Ray is getting to live out every nerd’s fantasy by becoming the new host of Mystery Science Theatre 3000. And that passion is clearly needed given how much work goes into each episode.

In an in-depth interview with the Los Angeles Times, Ray and Joel Hodgson talk about a whole mess of things fascinating to fans, but the bit that really stood out was Ray talking about how fast and tiring the shooting was:

Our schedule was so tight that we just sprinted into doing the shoots. The show is so relaxed, but the actual process of doing it — my legs were getting sore from how many times I had to freak out because of the movie sign. One thing that was so great was when Joel would come on in between the movie segments. I remember he said, “When you come onto screen, just blast onto the screen. Burst on like you’re in a rock and roll performance.” I was also learning how to work props, how to do sleight-of-hand magic on the spot.

And, you know, singing, working with puppets, doing skits, all in basically one take. That’s serious work. It’s kind of easy to forget, since the show has a laid-back vibe and always had a homemade sensibility to it, but it’s almost hilariously complex.

Read more about how Ray got the job and what his favourite part was at the Los Angeles Times.