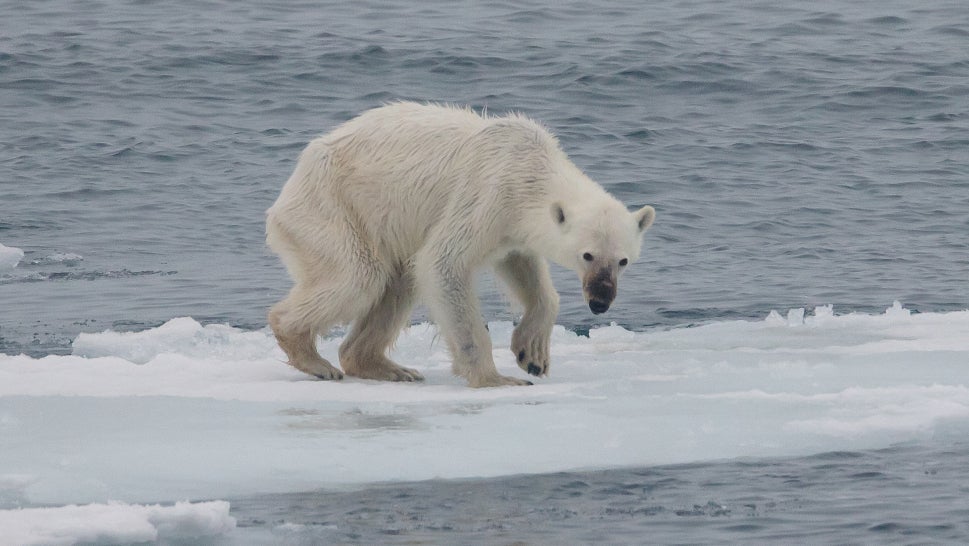 As Charles Darwin showed nearly 150 years ago, species can adapt to changing environmental conditions through the trial-and-error process of natural selection. A discouraging new study shows that climate change is happening too fast for evolution to keep up, placing countless plant and animal species at risk.

New research published in Proceedings of the Royal Society B shows that the pace of evolution is happening far too slowly to keep up with global warming. University of Arizona researchers came to this grim conclusion after analysing more than 250 plant and animal species, of which amphibians, reptiles and plants were shown to be the most vulnerable. Many animals can’t adapt in time to meet the demands of dramatically changing conditions, such as rising temperatures, changes to rainfall and desertification.

The researchers said that some animals might be able to migrate to cope with rising temperatures, but some species live in isolated areas from which they cannot leave. Results from the new study showed that tropical species are at higher risk than those who live in more temperate zones. Some mammals and birds are in a better position to survive because they can regulate their own body temperatures, write the researchers.

Biologists Tereza Jezkova and John J. Wiens analysed 266 populations of plants and animals, including insects, amphibians, birds, mammals and reptiles. The ability of animals to adapt to climate change was set against the magnitude of projected climate change over the next 55 years. Across the groups analysed, rates of niche change were much slower than rates of projected climate change; in the case of temperature, the rate of change was 200,000 times slower on average than it needs to be. So it’s not even close.

And due to the intricate balance that keeps ecosystems intact, the researchers say that many species would still be at risk even if the required niche shifts were instantaneous. There simply wouldn’t be enough time for an equilibrium to set in across the affected niches, resulting in disturbed food webs and the associated population booms and crashes, not to mention the influx of invasive species.

Sadly, this study strengthens the argument that we’re heading towards the greatest mass extinction of animal life since the dinosaurs were wiped out 65 million years ago. But we should keep in mind that projections are not destiny. Let’s hope the world will wake up to this fact and start pulling back on the greenhouse gas emissions as promised.