Two emergency fire trucks at LaGuardia airport sprayed water haphazardly in the air today over the President-elect Donald Trump’s plane. It’s called a “water cannon salute”. And I can’t think of a more fitting picture of waste for a man whose entire life can be summed up by decadence and empty gestures.

Water cannon salutes are typically used for important occasions to honour the people inside, or even the planes themselves — especially when they’re decommissioned. But it’s somewhat ironic that Trump would get a water cannon salute at an airport that he believes is one of the worst in the world.

Below you see a photo from July 2012 of a plane carrying the British Olympic swimming team being welcomed back to London. 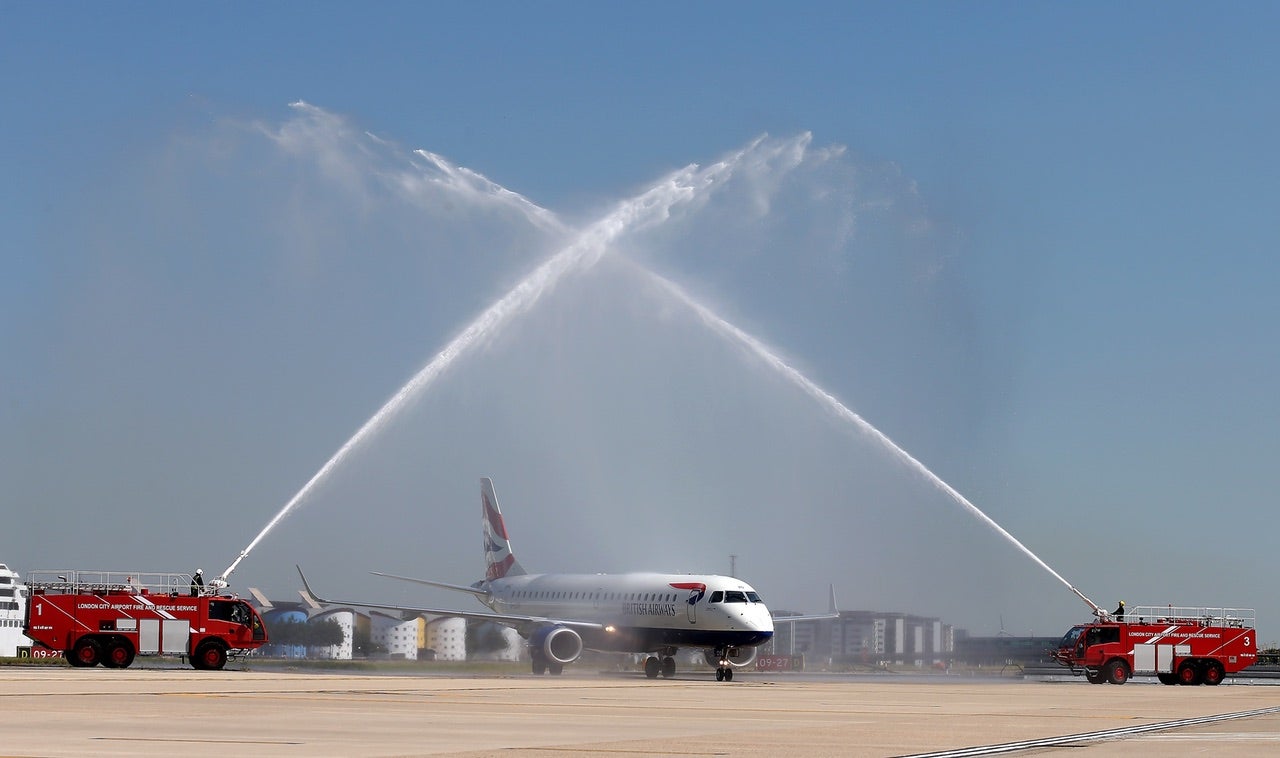 Water cannon salutes usually look like two majestic streams of water flowing over an aeroplane, but as you can see from the ABC News video, one of the fire trucks seemed to be having some trouble getting its stream going. Either Trump was right about US airports being subpar, or the workers at LaGuardia were giving him the half-hearted send-off that he deserved.