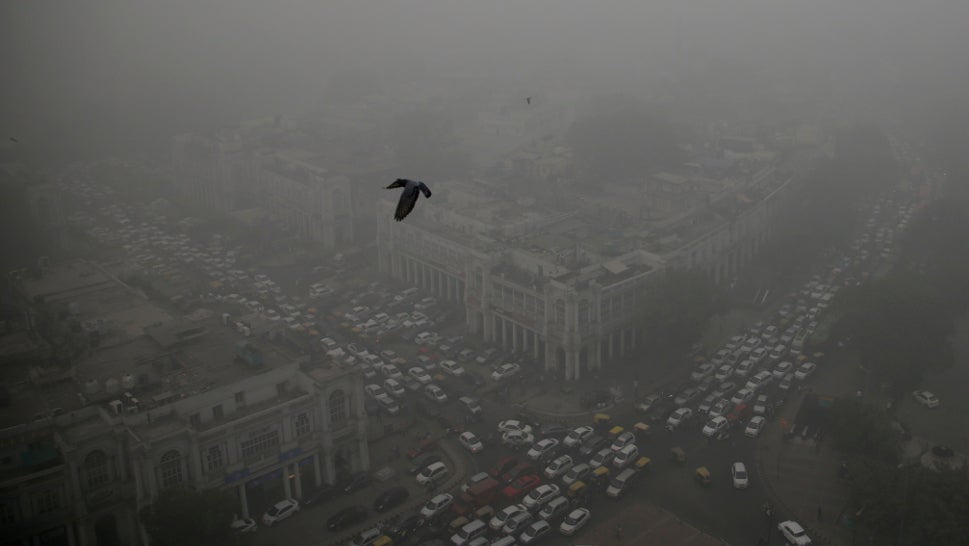 Delhi, the capital city of India and home to 25 million residents, is in the midst of an “extreme pollution event”. In other words the city has been overrun with smog – a ton of it. Recent photographs show the extent of the problem, which is being blamed on everything from vehicle emissions and crop burning through to smoking and fireworks. 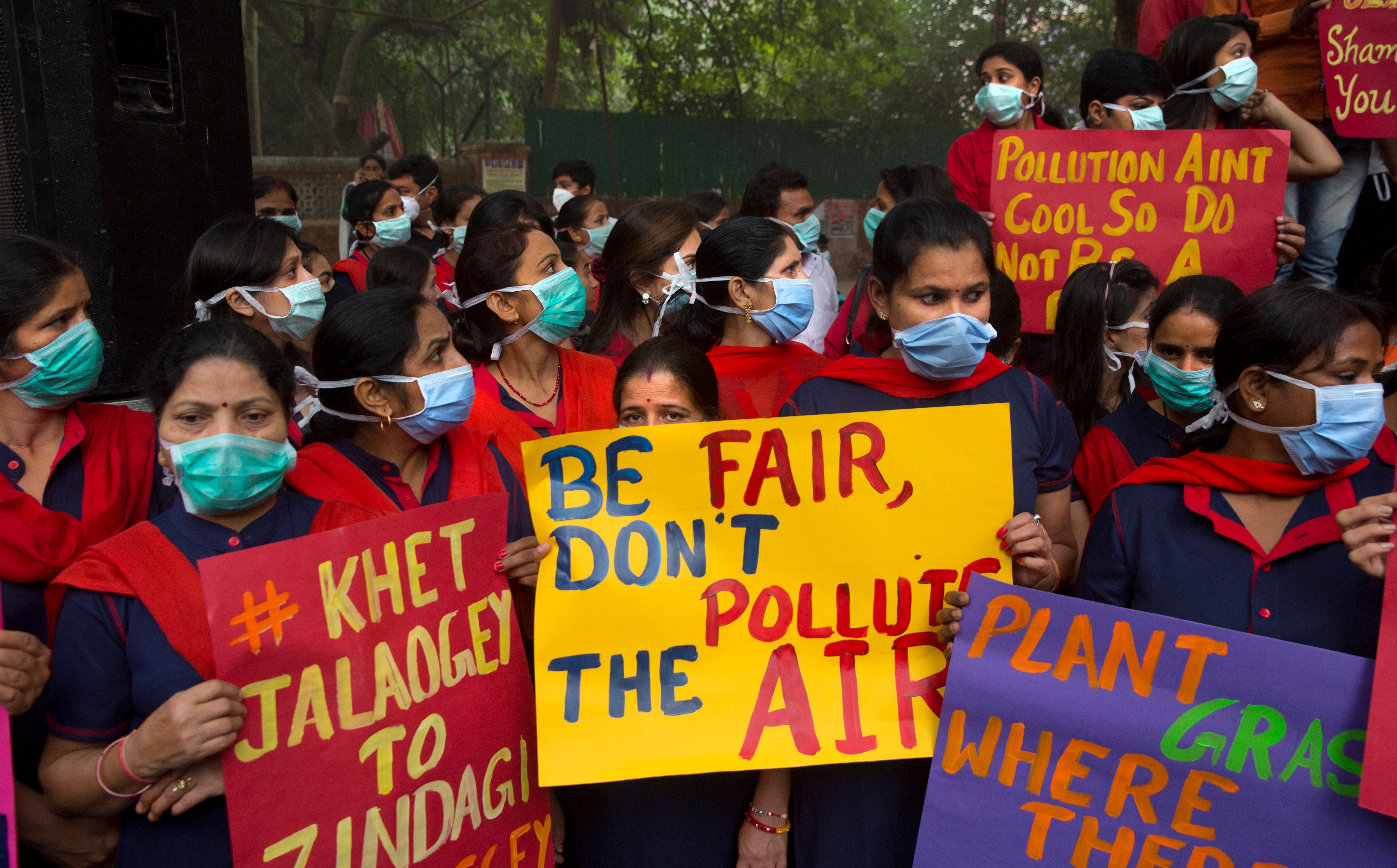 A noxious smog has settled over the city of Delhi, and it’s causing more than just a burning sensation in the eyes and throat. Tempers flared this past Sunday when hundreds of citizens gathered outside the Parliament buildings to protest the deteriorating conditions. It’s the worst pollution to strike the city in nearly two decades. 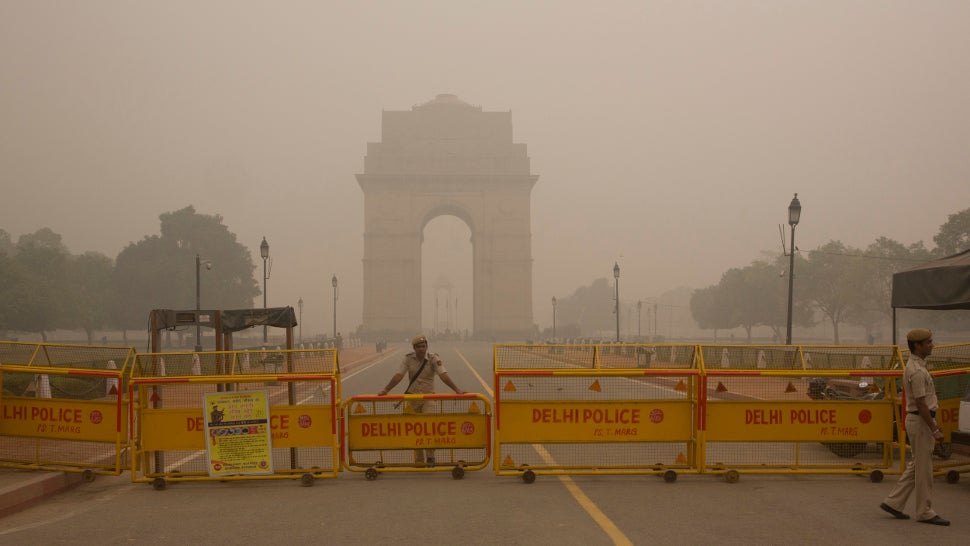 In response, the government has declared a pollution emergency, temporarily shutting down construction for five days, halting a power plant for 10 days and closing the city’s 1800 schools for three days. Should the situation not improve, city officials said they may restrict the number of vehicles allowed on the road. The top pic shows what the Delhi skyline looked like before the current bout of smog, the bottom as it appears this month. (Image: AP)

The level of dangerous particles reached 700 micrograms per cubic metre on Monday. This past weekend, the level surpassed 1000 in some places, which is 16 times the limit India’s government considers safe – and a whopping 70 times the level the World Health Organisation considers safe.

#DelhiSmog pics before and after Diwali. Time for hard thinking on pollution of air and water in major cities. #DelhiChokes pic.twitter.com/i17gqoZr3F

Sustained exposure to these extreme levels of pollution are considered equivalent to smoking more than two packs of cigarettes a day. The fine particles, which measure between 2.5 to 10 micrometres, can enter the lungs, bloodstream and even heart. The elderly and small children are particularly at risk. 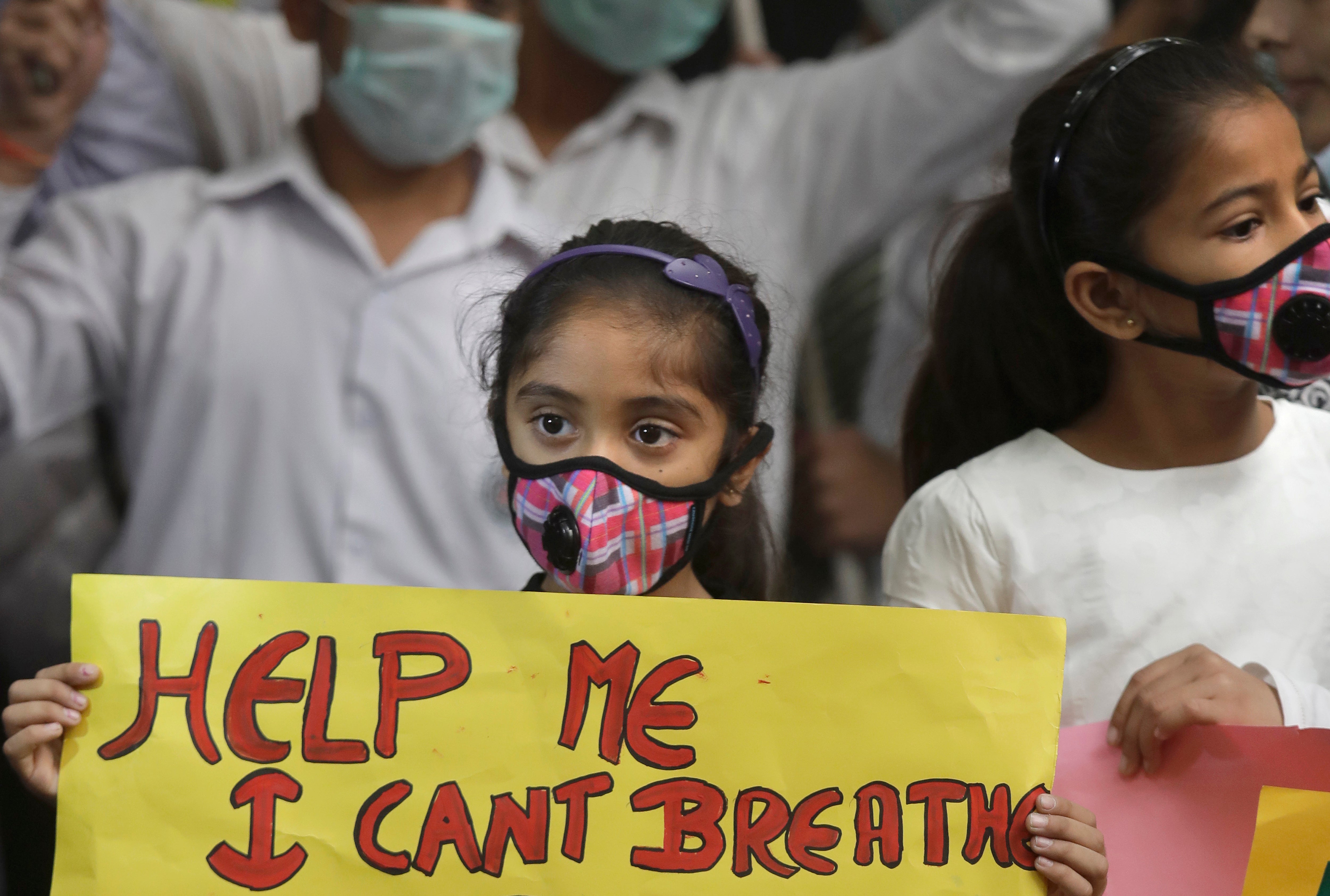 Delhi is a miserable place to be in right now, and it’s easily the most polluted city in the world at the moment. Residents have been told to visit the hospital should they experience breathlessness, giddiness, chest pain and constriction, and to wash their eyes with running water should they become irritated. Citizens have been clamouring for anti-pollution masks, and vendors are doing brisk business. 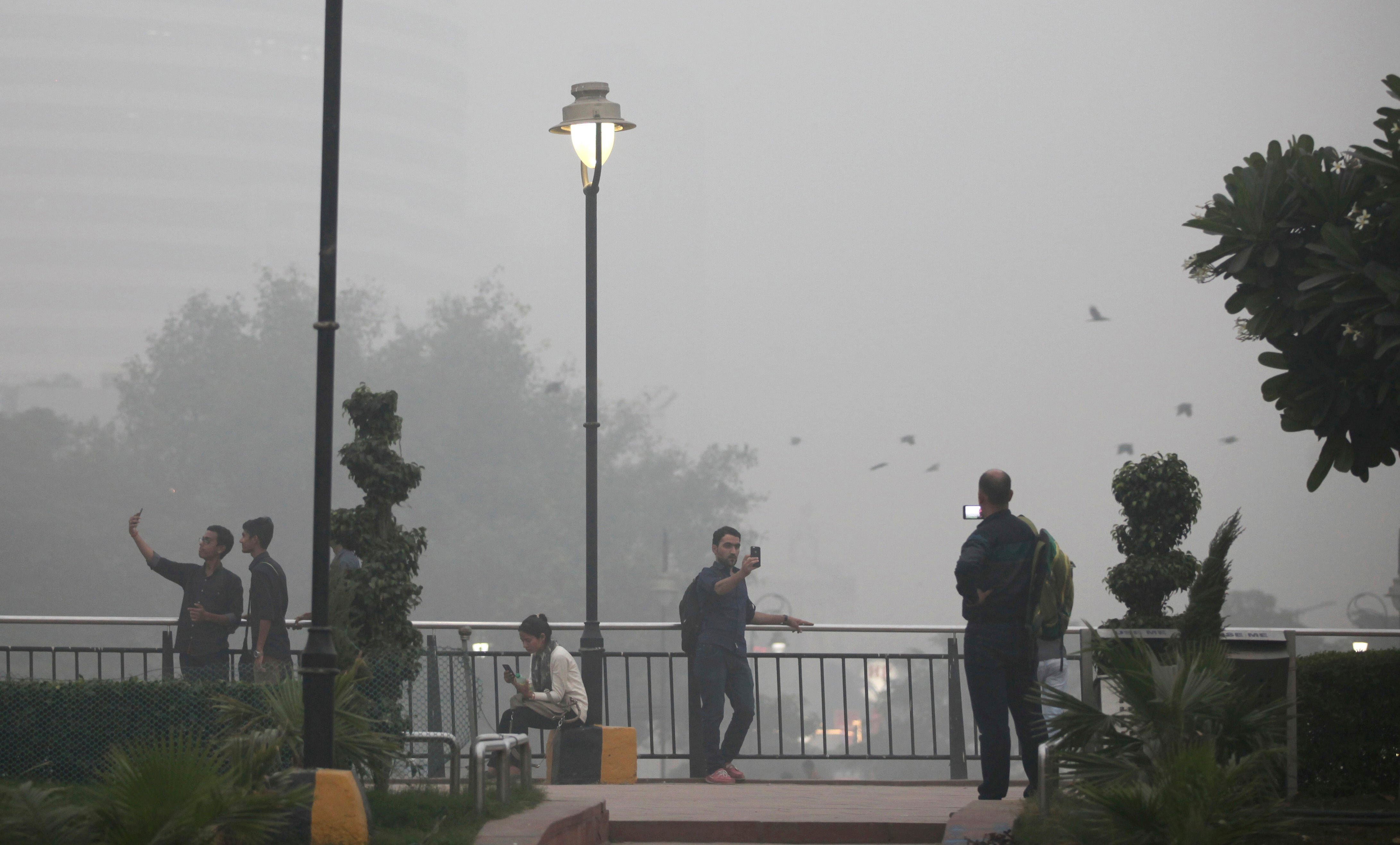 The cause of the pollution has been pinned on vehicle emissions, construction, holiday fireworks (Dewali just ended, but it’s a stretch to blame fireworks) and excessive smoking. But it appears that the primary contributor to the smog is the practice of crop burning. Earlier today, a government scientist said that crop fires in Punjab and Haryana contributed as much as 70 per cent of the pollution load in Delhi. 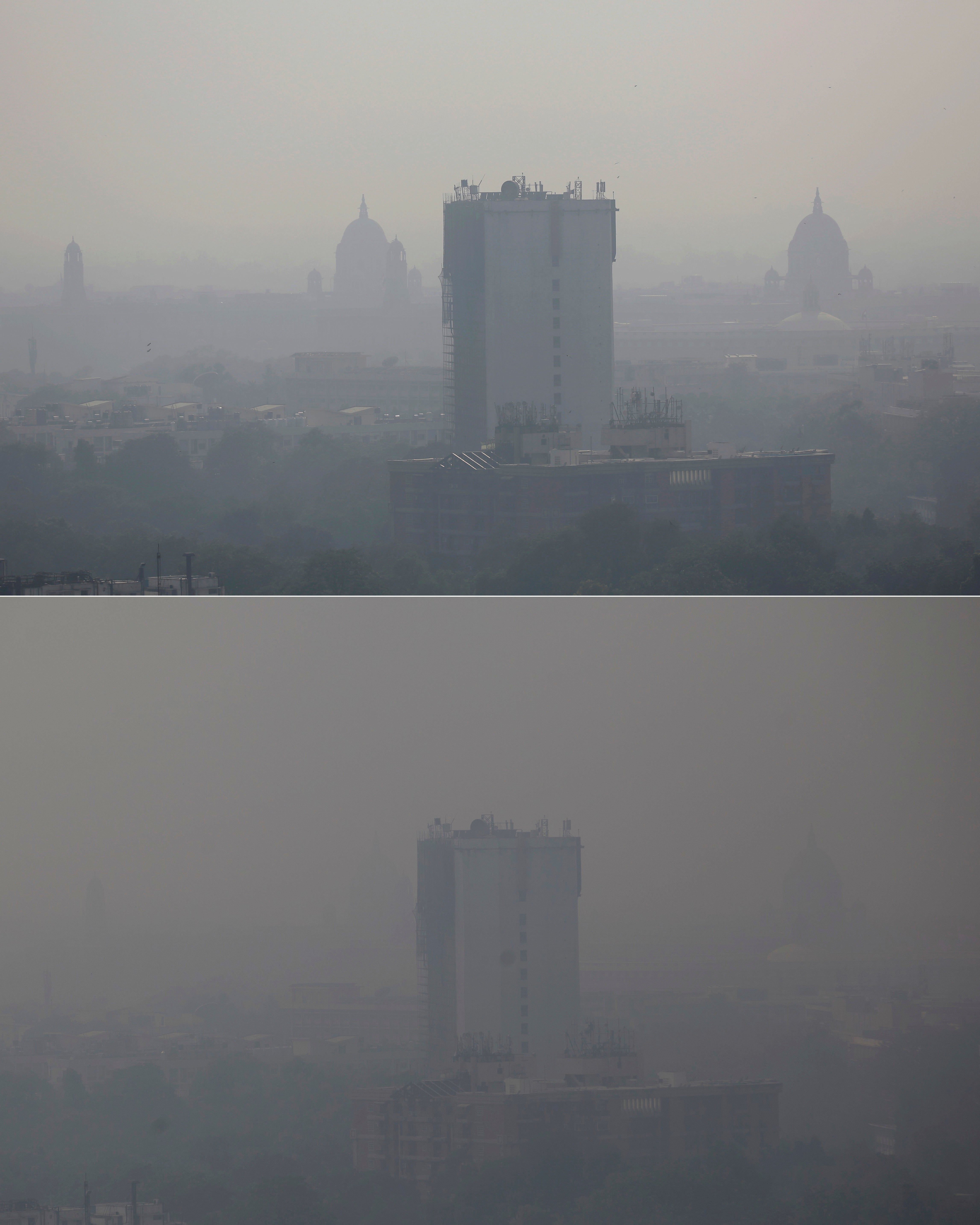 Weather has also contributed to the unprecedented pollution levels in Delhi, including a change in wind direction that transported pollutants from the crop fires. Calm surface winds over the capital prevented the pollutants from dispersing, leading to an accumulation of toxic chemicals. 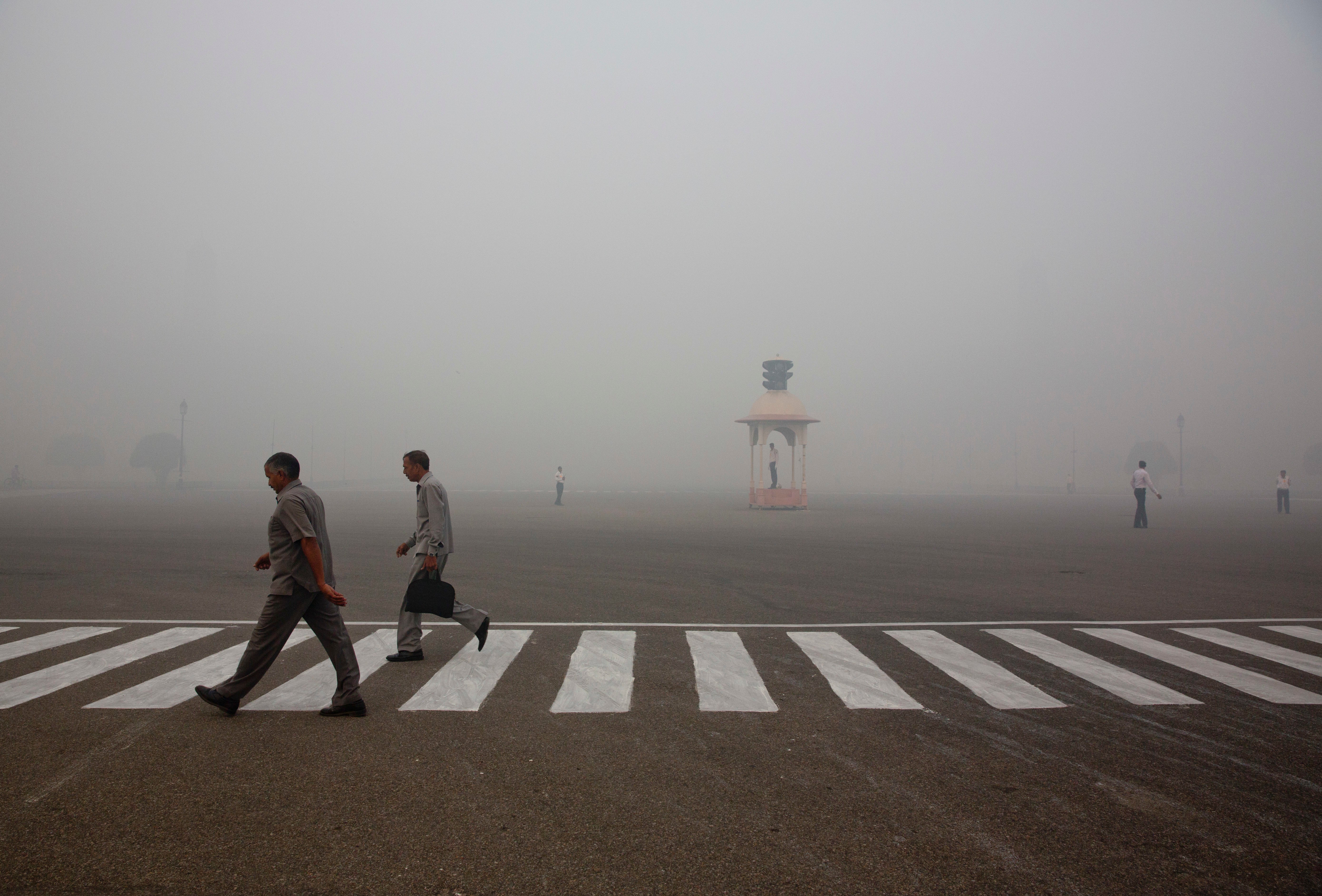 Meteorologists expect the pollution levels to drop today and over the course of the week as surface winds pick up. That said, air quality levels will likely stay within the “severe” to “very poor” levels this week. A worker walks through smoke caused by a farming field set on fire to prepare it for its next yield at Chandhat, in the state of Haryana, south of Delhi, India. (Image: AP)

Critics say the government is reacting to the pollution emergency by enacting short-term solutions, and that something needs to be done to alleviate the problem in the long-term.