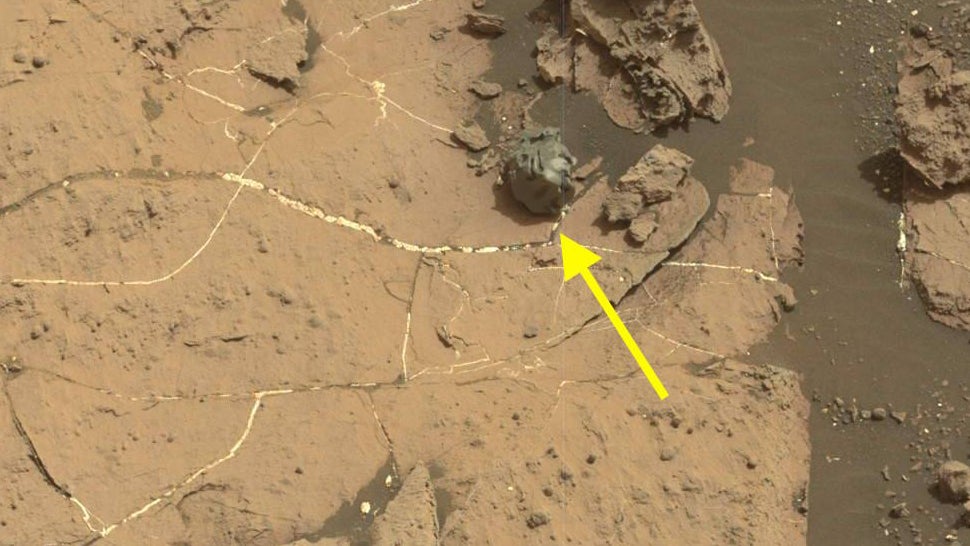 NASA’s Curiosity rover is currently climbing the slopes of Mount Sharp as it ventures to its next exploration site. Earlier this week, the rover stumbled upon a tiny metallic meteorite, which features some rather peculiar features.

Using the ChemCam Remote Micro-Imager, Curiosity captured a detailed close-up shot of the object, which has been dubbed “Egg Rock”. Researchers at Arizona State University suggest the meteorite is made of nickel-iron. Though it looks like some kind of discarded alien artefact, this iron meteorite likely originated from the planetary core of a planetesimal. It likely came from the asteroid belt, which is just a stone’s throw (heh) from Mars. 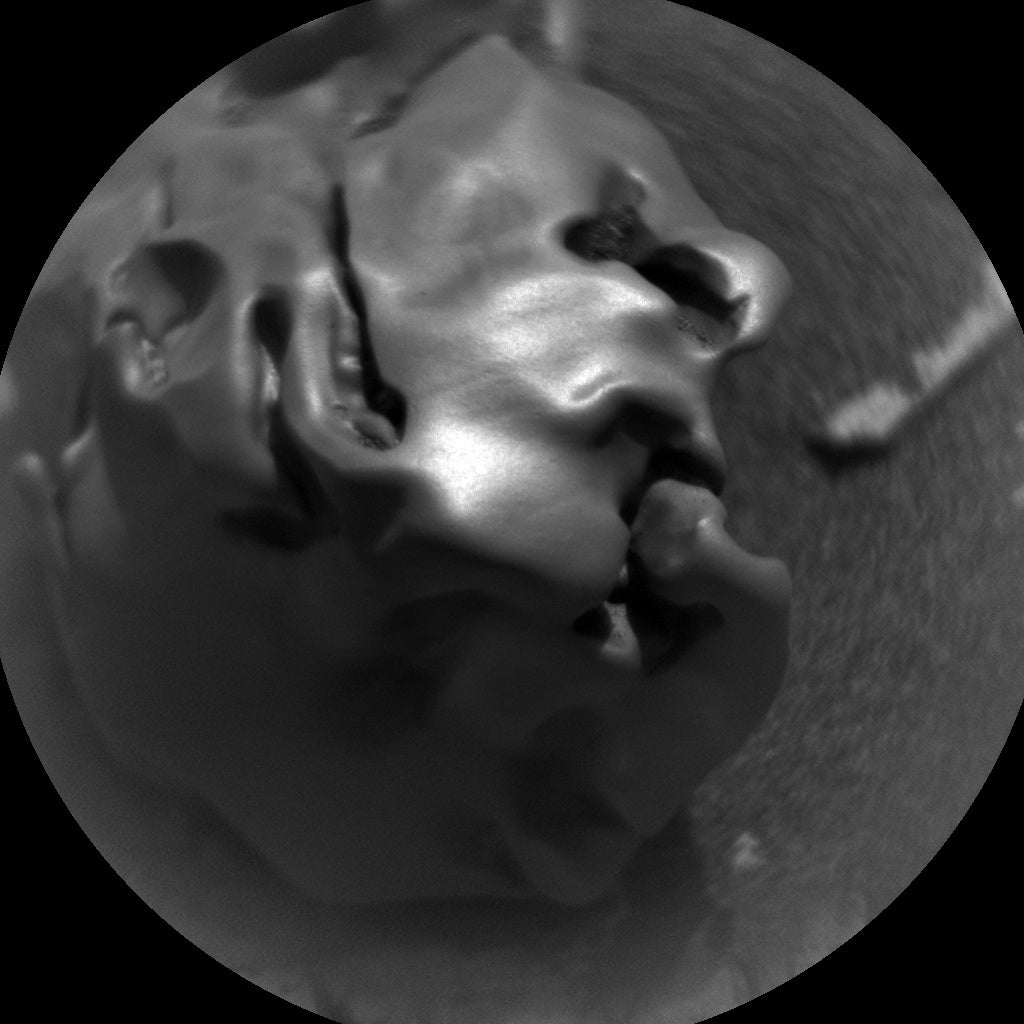 Curiosity took this close-up image of the metallic meteorite on 30 October 2016. (Image: NASA/JPL-Caltech/LANL/ASU)

Curiosity has found meteorites on the Martian surface before, but this object has some rather unique features. It’s surface is remarkably smooth, looking as if someone buffed it down with a polishing kit. The rock also features several deep grooves, hinting at classic weathering patterns, and possibly a time when the ball was molten hot.

As Deborah Byrd notes in EarthSky, the surface of Mars is peppered with meteorites, so discoveries like this aren’t all that uncommon. Meteorites can last for millions of years on the Red Planet, free from the oxidising and weathering effects of moisture and oxygen. 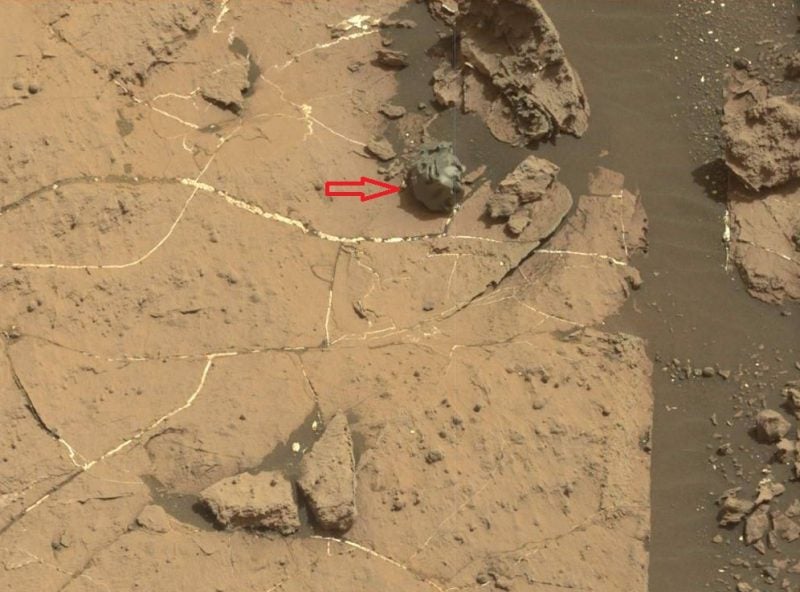 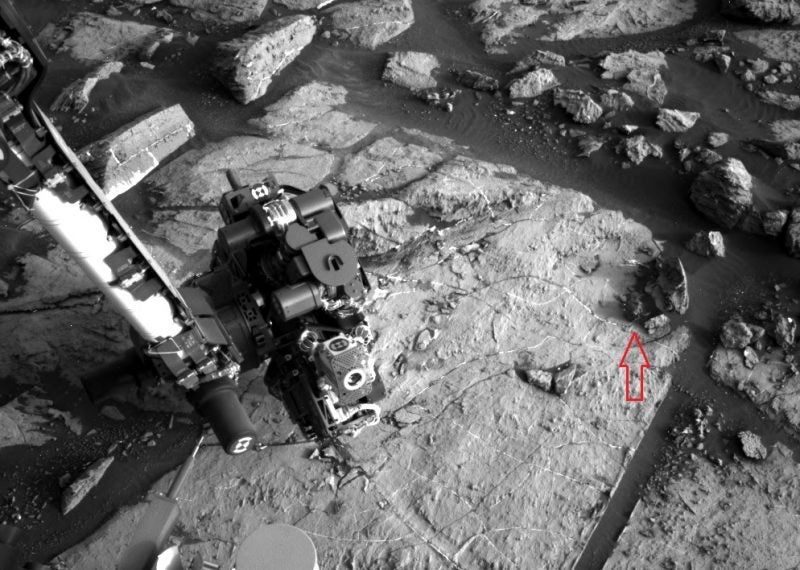 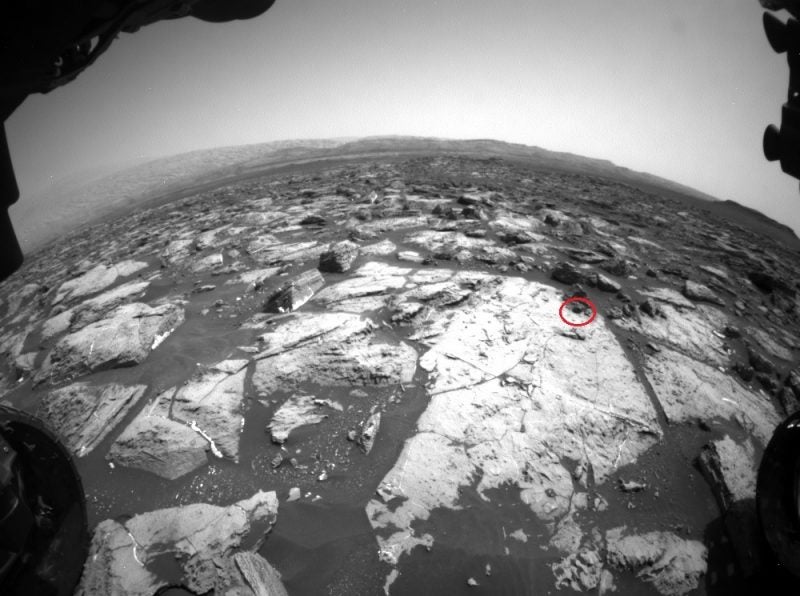 Given their metallic nature, these rocks are particularly durable, and are more likely to survive atmospheric entry than lesser-dense objects. Mars has a particularly thin atmosphere, so these types of meteorites are scattered all around the Red Planet.