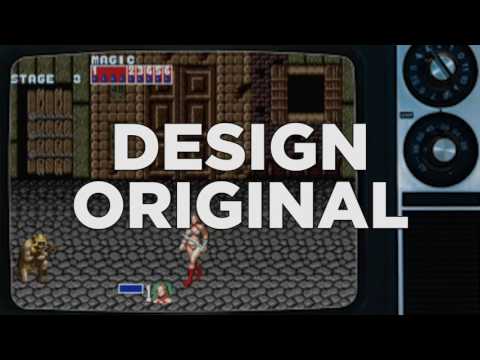 Hardcore gamers might scoff at the notion of a 16-bit gaming system, but they clearly haven’t been to Brazil, where systems like the original Sega Mega Drive are still among the most dominant forms of gaming. The demand for retro consoles is so high, a company called Tectoy has announced it will begin manufacturing the Sega Mega Drive (known better as the Sega Genesis in the US) in Brazil.

The Sega Mega Drive (and its predecessor Sega Master System) reportedly sell about 150,000 units per year in Brazil to this day. That number is comparable to the amount of PlayStation 4 consoles sold in the country every year. It’s an astounding figure when you consider the console is more than 25 years old and drastically underpowered compared to newer systems.

As Atlas Obscura reported, Brazil has a unique appetite for old school Sega consoles and games. Part of the obsession has do with Sega’s dominant market share back in the early ’90s. The other part of it is that the systems have miraculously been supported for decades. From AO:

Even past the console’s heyday, nostalgia fuelled game sales. Gamer memories of the Master System in Brazil rival those of the NES in the U.S., and because Sega eventually got out of the market for building new consoles, Tectoy was essentially left to market the Master System and Mega Drive (which you might know as the Genesis) by its lonesome. Rather than giving up on the system, the company adapted its approach, coming out with continually updated versions of the device and even producing new games long after the system had faded from view everywhere else.

The new Mega Drive consoles being produced by Tectoy will be officially licensed by Sega and will be compatible with original game cartridges. The consoles will also come with 22 games installed on an internal memory card and ship with one three-button controller. It will cost approximately $154.

The only perceivable downside to the new consoles is that they will be compatible with old AV cables only. That means the consoles won’t have HDMI inputs or outputs, just like the original models. This would be a huge complaint for most Australians, who have mostly adopted HDTVs, but many Brazilians still own analogue TVs, so it likely won’t impact sales.

The rebirth of low-cost and high-quality retro games is a trend we’re even seeing in Australia. As you’ve probably heard, Nintendo will launch the NES Classic Edition in Australia tomorrow. Unfortunately for Australian gamers, there are no public plans to release a mini version of the Sega Mega Drive any time soon.