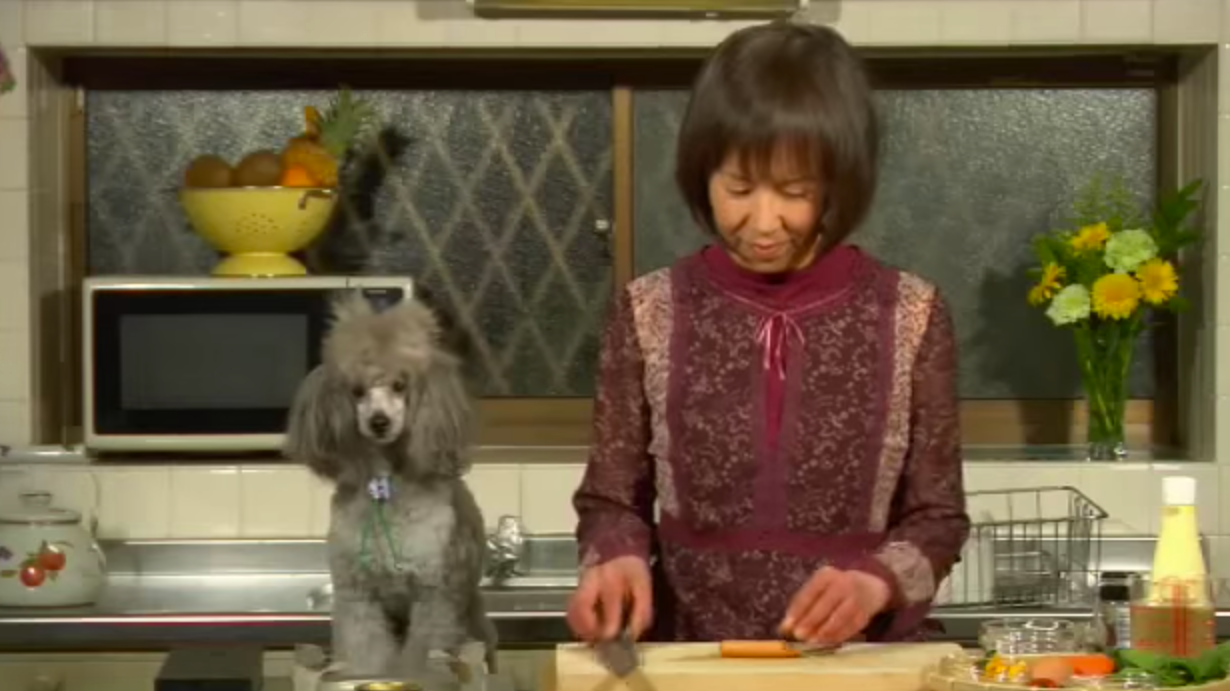 For nearly a decade, the best thing on YouTube has been Cooking With Dog. Its conceit was strange and delightful. Chef (a middle-aged Japanese woman whose name is never revealed) cooked beautiful, intricate food, while her trusty dog sidekick Francis sat on the counter, “narrating” the recipes in English.


Yesterday afternoon, Francis passed away at the ripe old age of 84 (or 14 in human years).

Francis passed away this afternoon. He was 14 years and 9 months old and lived a full, happy life. He was a good friend and will be missed. pic.twitter.com/vCAhCQ7JEv

According to the Japan Times, Francis’ inclusion in the series was initially a means to make Chef feel comfortable on camera, as she had no background in television. Across over 300 episodes, the toy poodle remained a well behaved and calming presence, dutifully narrating the show in its signature, granular style. Whatever bizarre formula they’d discovered, it worked.

As Cooking With Dog rose to popularity in the English-speaking world, jokes were made at the poor translation of the channel’s name. Implications of dog-eating led many to explore the videos only to realise they’d stumbled upon one of the internet’s best-kept secrets in cookery: A comprehensible guide to traditional Japanese cooking using only the tools of a home cook (a portable stovetop, knives and – sparingly – a microwave.) It didn’t stay secret for long. Presently, Cooking With Dog has over 1.2 million subscribers, making it one of the most popular food channels on the platform. They even built a free Cooking With Dog Assistant app to help fans cook their recipes at home.

On a platform rife with drama, racist “pranks” and some of the worst commenters on the internet, Cooking With Dog was a welcome respite from the meanness, stupidity and all-caps self-promotion YouTube engenders.

It’s uncertain if the channel will continue without Francis so below is a brief collection of some of his best work. Rest in peace, Francis. I hope there is lots of iriko and shokupan in internet dog heaven.