Tim Cook On Virtual Reality: I Long To Be Touched 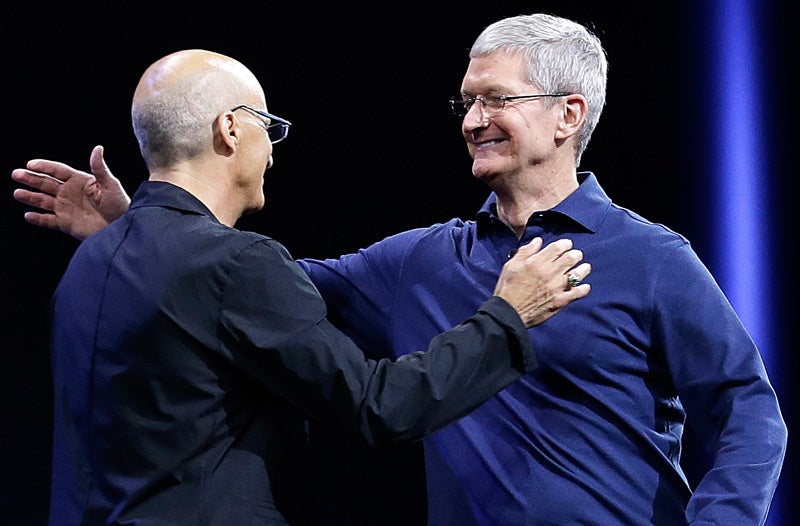 While tech giants like Sony and Facebook are currently betting big on the future of virtual reality, Apple has so far stayed out of the “giant headset of questionable utility” game. Today, we finally know why: CEO Tim Cook, like all of us, just wants a hug.

“There’s no substitute for human contact,” Cook told BuzzFeed News during a visit to Japan this week. “And so you want the technology to encourage that.”

Cook has previously indicated that Apple is much more interested in the potential applications of augmented reality, but this week’s comments also seemed to be a veiled jab at Facebook. Two years after acquiring headset maker Oculus, CEO Mark Zuckerberg finally demoed the company’s “social VR” earlier this month. The result was super weird.

“VR, I think, has some interesting applications, but I don’t think it’s a broad-based technology like AR,” said Cook. “Augmented reality will take some time to get right, but I do think that it’s profound. We might … have a more productive conversation, if both of us have an AR experience standing here, right? And so I think that things like these are better when they’re incorporated without becoming a barrier to our talking. … You want the technology to amplify it, not to be a barrier.”

All of this technology is supposed to bring us together, but, in the end, isn’t it just driving us apart? Really makes you think.