The War With Extraterrestrials Will Begin In France 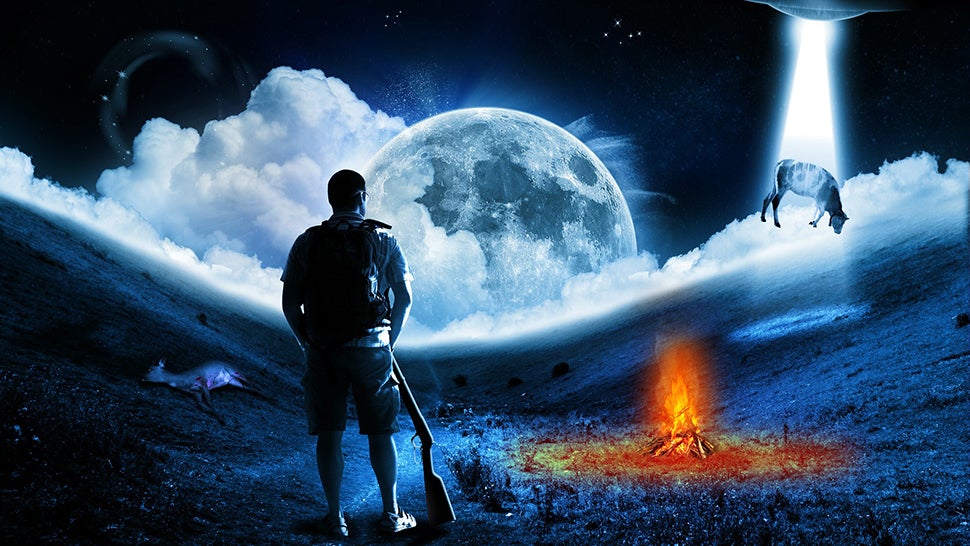 With UFO sightings on the rise and Hillary Clinton's campaign chairman leading a push to reveal more classified info on extraterrestrial life, one small town in France wants to potentially ruin it for us all.

Claude Avril, the current mayor of Châteauneuf-du-Pape, France, says that he will not overturn a 62-year-old law that prohibits the "flying over, landing, or taking off of flying saucers" in his town.

First introduced by the former mayor, Lucien Jeune, the law states: "Any aircraft, known as flying saucer or flying cigar, which should land on the territory of the community will be immediately held in custody."

I'm not going to touch the ban. It spices things up a bit. It creates a harmless kind of buzz and no one is getting tricked.

Sure, catastrophic intergalactic diplomacy makes things exciting. Advanced death rays vaporising law enforcement to facilitate an alien jailbreak would make for some "harmless buzz". It's all good, just the future of mankind we're talking about here.

According to the Telegraph:

The 1954 law was established after a man in northern France said he had seen two figures that looked like "deep sea divers" emerging from a "cigar-shaped" space ship.

Jeune's son, Elie Jeune, says that the law was just a publicity stunt that persists to this day.

"At that time, people were talking a lot about extraterrestrials and the unknown, it was in fashion, and there were loads of stories circulating. He wanted to make a bit of an advertisement for Châteauneuf. It was an excellent publicity stunt... and free."

In the last 24 hours, a man involved with the U.N.'s UFO-related activities told his story, and reports of UFO sightings in Phoenix and Vienna rocked the internet.

Documents released by Wikileaks purport to show that Hillary Clinton is ready to talk about flying saucers with the American public. All signs point to first contact being near. But this guy in France wants to put it all in danger for a little publicity.

Here's my suggestion Mayor Avril: make a crop circle in one of your fine vineyards and announce a welcoming party for our fellow citizens of space. You can call for peace and advertise all at once.

[France Bleu via The Telegraph]