The Supergirl Season Two Premiere Is Why Superhero Shows Exist 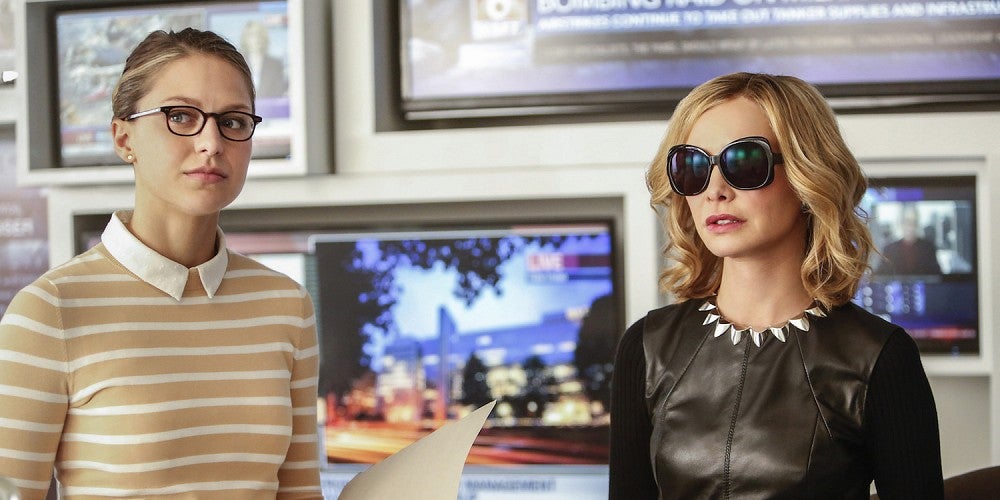 Supergirl on CW is why superhero shows should exist. It’s the culmination of every dorky episode of Lois and Clark, every lame episode of Smallville and every angsty episode of Arrow and The Flash. If you let monkeys with typewriters pluck away at superhero stories for the history of television you will, eventually, get something as good as the season two premiere of Supergirl.

Supergirl has burst onto her new channel in the US with an absolute bang. (It’s still on FOX8 in Australia.)

In many ways this was a perfect Superman pilot. There’s a plucky love interest, an angry but lovable boss, a giant jet in need of rescue, robots and assassins and a Luthor yearning to be the best of mankind while inciting confusing feelings in the superhero.

But despite all the press, and his extended appearance in the premiere, this is not Superman’s story. This is the story of Supergirl and her new continuing mission to stop the world’s ills via punches and journalism.

When last we left Supergirl the heroine was in a state of calm. She’d saved all the brains in the world from exploding, stopped her evil uncle, gotten the guy she liked (James Olsen) and had her Working Girl moment at work. The show manages to disrupt a big chunk of Supergirl’s status quo in the premiere without blowing her world up. 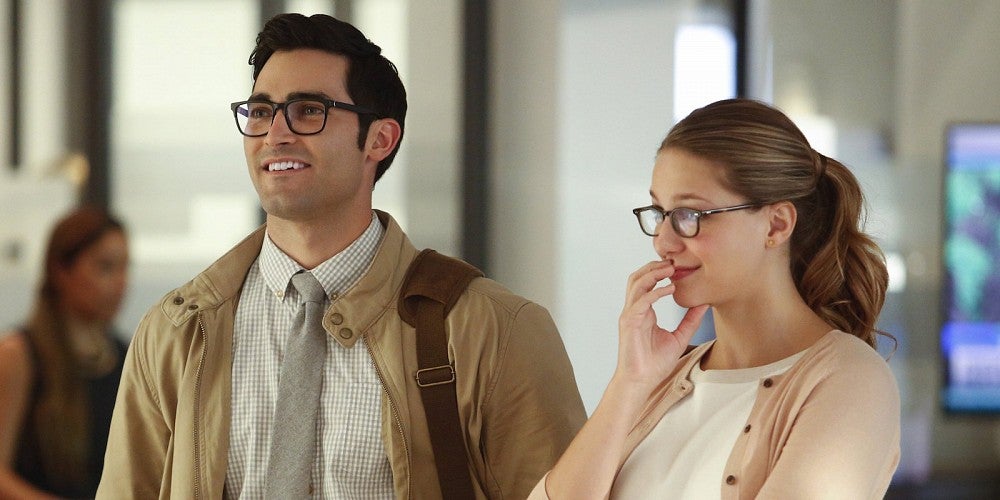 Her breakup with James and her shift into a new role at CatCo are all about Kara learning to be more than the wallflower she’s spent the last decade-plus as. Things like the Kara/James breakup end up feeling less like world changing moments and more like breezy readjustments of the show’s overall plot. More than once the premiere felt a lot like a brand new pilot for the show. There were new locales introduced (a sun-dappled DEO base just a block from Alex’s apartment) and a bevy of new characters.

Chief among them was Superman, and Tyler Hoechlin plays him with just the right blend of charm and measured exuberance. Despite being the same age as Supergirl star Melissa Benoist, Hoechlin manages to feel a little older. When Winn points out that Superman is technically 12 years older and just looks the same age it seems a no-brainer. This guy is grounded while Supergirl is held aloft by her own giddiness.

Superman being so calm and grounded means he feels much more like a mentor than the competing hero of the piece, and the premiere never pulls him out of that role. Kara may have changed his nappies as a baby, but Clark is now the wiser, more worldly one in their relationship. 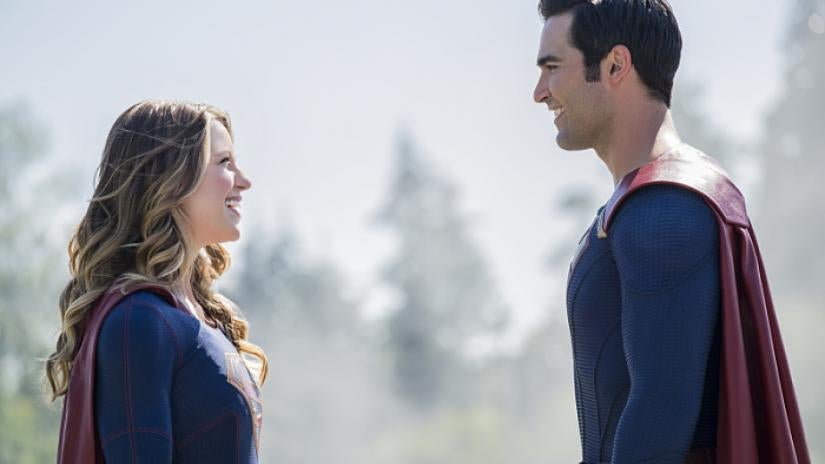 Unfortunately bringing the Supergirl/Man relationship into focus leaves most of Kara’s other relationships languishing in the wind in the premiere. Her sister, Winn, J’onn and even James play second fiddle.

Only Cat Grant and newcomer Lena Luthor can compete. Last year the real romance of the show was the one between Kara and Cat, from all the traditional superhero love interests beats they gave the two of them over the course of the entire season. We weren’t entirely sure what Cat and Kara were to one another, but it felt vitally important. That relationship is still key now — even though by episode’s end the groundwork has been laid for Callista Flockhart to show up in fewer episodes.

Cat Grant is still a guiding force in Kara’s life and pushes her to be a better person and hero, but now she’s got competition in the form of Lena Luthor — although Lena seems to inspire confusion more than heroism in Kara. She’s not as sure as Cat, or as brusque. But she has quickly developed the habit of getting all those cool love interest beats with Kara.

Because guys. She straight up gets in a helicopter and moans about hating to fly. If that sounds familiar, it’s because Lois Lane has been bemoaning flight since 1978, thanks to Margot Kidder in the first Superman movie. And then Kara catches Lena’s helicopter out of the sky and saves her life. That is, undoubtedly, a love interest trope, and it is handed over to the new potential villain on the same day Kara dumps her boyfriend because their relationship “doesn’t feel right”.

I’m not gonna give you a knowing look, dear reader. Only I am. Because mmmmmm hmmmmm.

The first season of Supergirl was a mad dash to the finish line. Characters and their arcs were all in service of giving the show a happy ending just in case the first season on CBS was the last season of the show. But now Supergirl is on CW, and even though she’s just moved, the Girl of Steel feels more at home now than she ever did in season one.

Not only do I believe the show can fly, I expect it to soar.