The Real Story Behind The 'Sorry I Tased You' Cake 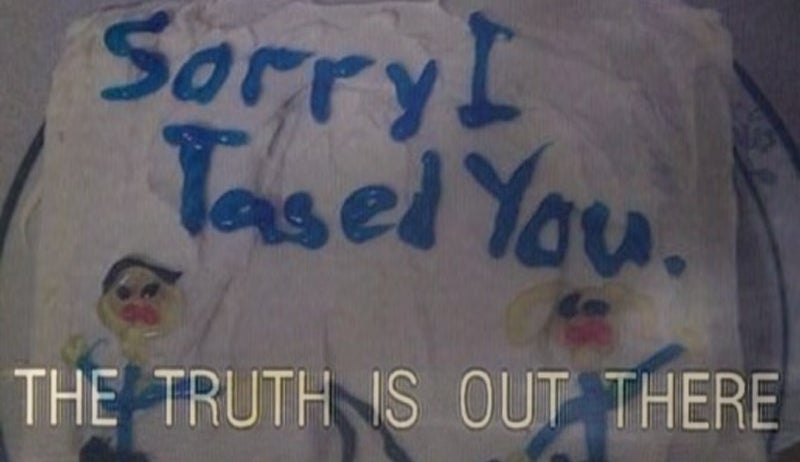 Yesterday, a story about the origins of a beautiful cake that read "Sorry I Tased You" went viral. It was debunked, but the truth remained elusive. Today, we bring you the real story behind the infamous cake. The Pensacola News Journal, along with New York magazine and the New York Post, reported a Florida cop named Michael Wohlers allegedly tasered a civilian and allegedly baked the cake for the woman as an apology. Turns out he had only allegedly sent the woman a picture of the cake, which he'd apparently found online. So where did that photo come from?

Two Barnstable, Massachusetts police officers, Jay Maloney and Katie Ross, reached out to Gizmodo to explain the cake's real origin story. Around 1:30AM on New Years Day in 2014, Maloney accidentally tased Ross when they responded to a father-son domestic dispute.

"I had been off of field training for a week (total rookie) and working my first overtime shift," Ross explained to Gizmodo in an email. When the pair approached the house, they found the father and son fighting and tackled the son outside. According to Maloney, he was violent and resisting arrest.

"I go to assist by grabbing on to the male at the exact same time Maloney deployed his taser," Ross told Gizmodo. "Taser probes enter my left hand and I had a two second 'ride.' I call it perfectly bad timing." 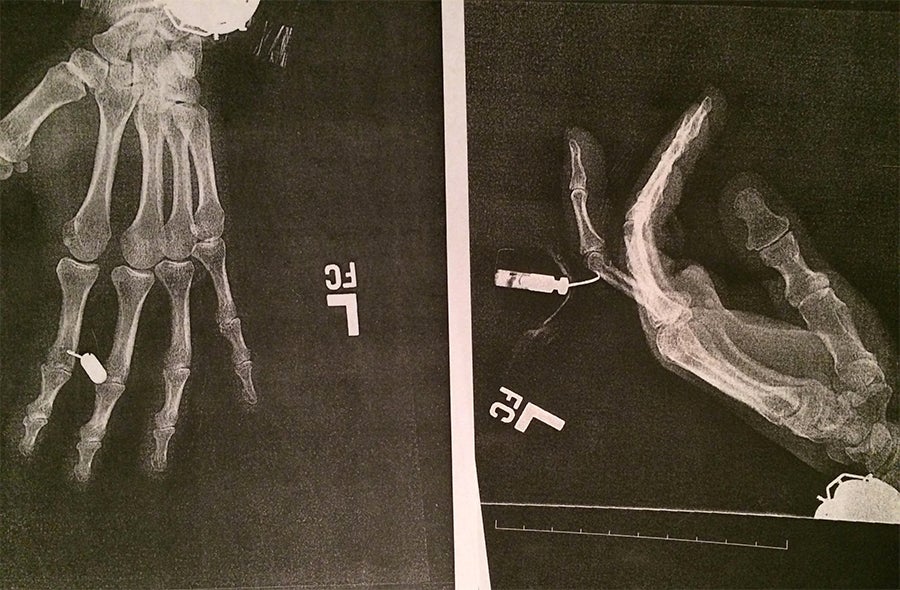 "The male was still resisting and Katie was able to tase him while she had taser prongs in her hand," Maloney said.

Ross said she was out of work for a month after the tasing. Maloney felt extremely guilty about the incident, so when she got back to work, he presented her with the infamous cake. "My only option was to make her a cake," Maloney said.

"The cake was not fully cooked," Ross noted, "but it was the first cake he ever baked."

It's all in the past now, and both Ross and Maloney are confused about how their story became a viral hoax.

"Everyone wants to take credit for Maloney's awesomeness," Ross said. 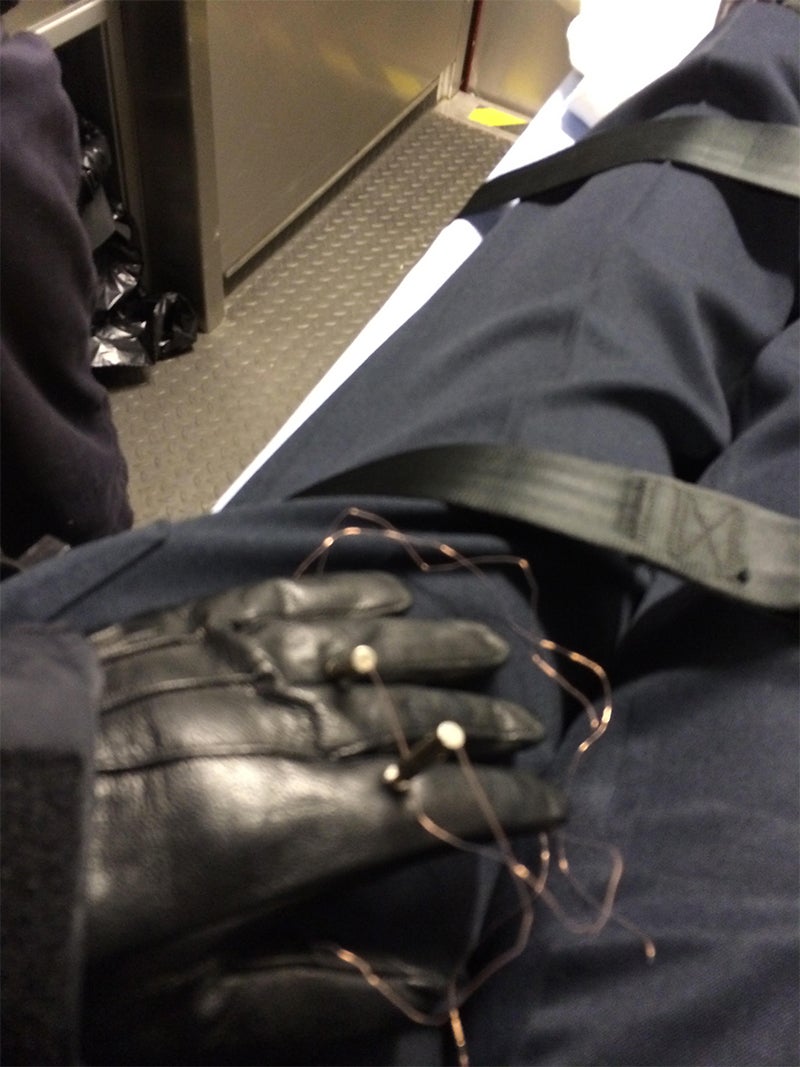 Gizmodo has looked into the authenticity of Ross and Maloney's account. Both are listed as patrol officers on the Barnstable PD website. Additionally, Maloney posted a picture of the cake on his personal Facebook account, with comments from Barnstable residents:

UPDATE: This story has been updated to reflect new information that the former deputy is accused of sending the alleged victim a photo of a cake along with a text message stating he baked it for her and wanted to give it to her.
A local woman has filed a civil lawsuit against a former Escambia County deputy who allegedly discharged a stun gun into her chest and neck without provocation, tried to cover up the incident, then apologised by sending her a photo of an off-colour cake...
According to court documents, Wohlers later attempted to apologise to Byron by baking her a cake. Byron's attorney, Alistair McKenzie, clarified Friday that Wohlers sent Byron a text message stating that he baked her a cake and wanted to give it to her. The text message included a photo of a cake with the phrase, "Sorry I Tased You" written on it.