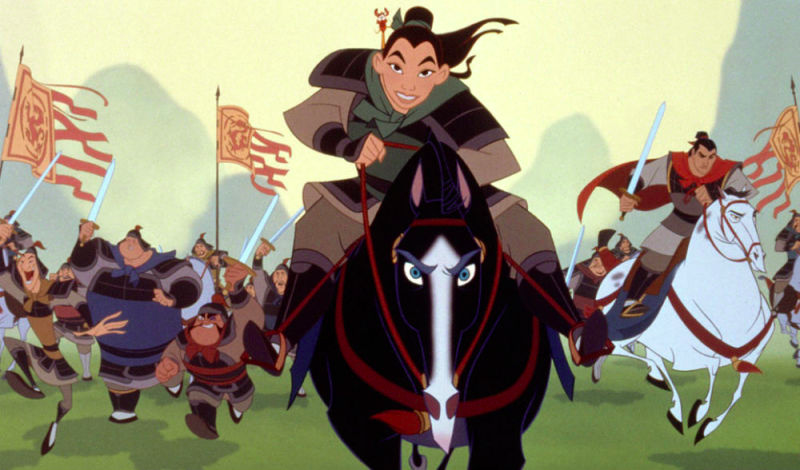 None of this news is official, but according to a post on Angry Asian Man, the script Disney bought for The Legend of Mulan has decided that what was missing from that story was a white merchant for Mulan to fall in love with. And it's generating a heated debate about the way Hollywood makes Asian stories. Now, give this all the grain of salt you think a letter written anonymously deserves, but according to the writer ("an Asian American person in the industry" who read the script), here's who the live-action Mulan has put at its centre:

The man is a 30-something European trader who initially cares only for the pleasure of women and money. The only reason why he and his entourage decide to help the Chinese Imperial Army is because he sets eyes on Mulan. That's right. Our white saviour has come to the aid of Ancient China due to a classic case of Yellow Fever. In this script written by Lauren Hynek and Elizabeth Martin, more than half of its pages are dedicated to this merchant who develops a mutual attraction with Mulan and fights to protect her in the ensuing battles. To top it all off, this man gets the honour of defeating the primary enemy of China, not Mulan. Way to steal a girl's thunder.

The letter ends with the hashtag #MakeMulanRight, which is where people are airing their displeasure at the possibility:

Li Shang was raised in the military bound to honor, duty, tradition, HIS DAD, his need to prove himself, DON'T TAKE THIS #MakeMulanRight

(Making him white is just crazy.)#MakeMulanRight

Mulan is one of my favorite Disney movies, but no way I'm watching a verison that centers a white dude. no sir. #MakeMulanRight

Disney is playing itself by making Mulan's love interest white, even apparently making her a secondary character #MakeMulanRight

Writer Marjorie M. Liu explained the source of the problem inherent in this move in a stellar Twitter thread:

So, listen, the racial castration of Asian men in Hollywood and in literature is a real thing. Don't try to pretend it doesn't exist.

Not only are we placed at peripheries of popular entertainment, we must also confront the sexual politics of portrayals of Asian men/women.

It is destructive for an Asian American boy to watch Mulan or any other film/show and not see himself reflected as someone worthy of love.

It's just as destructive for an Asian American girl to watch Mulan or any film/show & see that sexual political formula of love = whiteness.

I'm mixed-race. I'm not against mixed race couples. But we're talking about a SYSTEM THAT WITHOUT FAIL continues this malign representation.

American Orientalism affirms the political, social, and cultural superiority of the West relative to Asia and Asian-Americans... (1/2)

...and a trope of this Orientalism is the eroticization/ feminization of Asian nations/cultures — to be dominated by a virile West. (2/2)

It looks like we're going to have to keep having this conversation until Hollywood understands that this isn't OK.