The Exorcist Twist Confirms It's A Direct Sequel To Film 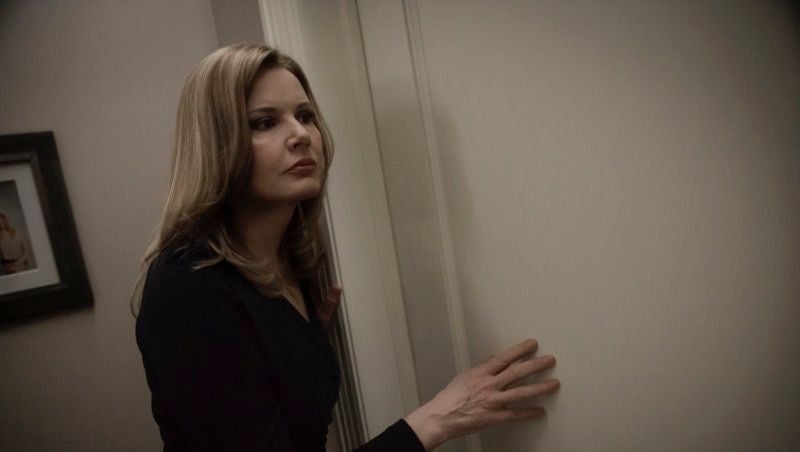 A somewhat surprising reveal from the latest episode of Fox's The Exorcist confirmed it ties directly into the events of the first film. It's perfect if you were curious to find out what happened after the end of the original flick, and maybe want to pretend like the sequels don't exist.

The latest episode of Fox's The Exorcist, "Through My Most Grievous Fault," revealed that Angela Rance (played by Geena Davis) is actually an all-grown-up Regan MacNeil, the 12-year-old demon child played by Linda Blair in the original movie. Angela reveals this in a long confession to Father Tomas near the end of the episode.

I can't remember most of it, thankfully. Post-traumatic amnesia, it's called. Afterwards, I just wanted to move on with my life, put it behind me. But my mother, she was always finding new ways use my story to make a buck. 'This is the path God gave us. Use it.' But I ran away from all that. I changed my name. I never told her where I went. I never saw her again. I reinvented myself. But it didn't matter. No matter what I did. I chose, Angela. Like a name would protect me. That I dreamed that I could have a life, a chance. It didn't matter. It wasn't done with me. It's coming for me, father. I know it. My name is Regan MacNeil.

The Exorcist has maintained an illusion that it's not corrected to the previous films directly, only thematically, but we've still seen hints of this reveal over the first four episodes. Angela's youngest daughter, Casey, has been the one possessed so far this season, and the demon has kept asking for "her" to be brought to him. Fathers Tomas and Marcus assumed that the demon wanted Casey's sister, but it looks like he's actually set his sights on Regan/Angela, not her daughters.

It's a nice twist and could bring more attention to the show- which is sorely needed, given the steady drop in viewership since the series debut. It does leave the question of whether the sequels, which feature an older Regan, are still canon. I'm sorry, but grown-up Blair and Davis don't look much alike. Then again, neither do any of the Batman Jim Gordons, so I might have to let this one slide.