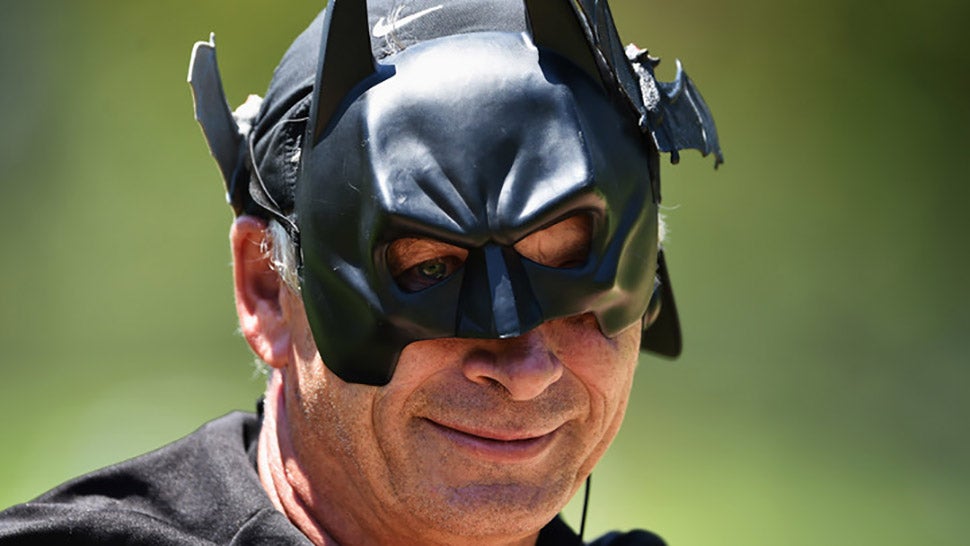 Holy cyber attack! The man that former FBI agents have dubbed the "Batman of the Internet" has returned. And this time he's targeting Russia with one simple message: "I am vengeance!"

The Jester is a hacker who first gained recognition for his trolling of Jihadist websites long before Anonymous started riding his cape tails. Late Friday night, the multi-monikered hacktivist broke into the website of the Russian Ministry of Foreign Affairs and defaced the home page with these chilling words, "Comrades! We interrupt regular scheduled Russian Foreign Affairs Website programming to bring you the following important message. Knock it off. You may be able to push around nations around you, but this is America. Nobody is impressed."

Any poor soul who visited the site hoping to find a little information about Russia's international relations was bombarded with the grating sound of an American civil alert tone.

The hacker's vigilante mission was prompted by Friday's massive DDoS attack that made it impossible for users to visit numerous websites like Twitter, Seamless and Spotify. He told CNN Money, "I wanted to poke them in the eye and stop feeling like US is just taking it on the chin. Again. I'm not gonna sit around watching these f — -rs laughing at us." It is The Jester who gets the last laugh.

In his note to Russia, he wrote, "Let's get real, I know it's you, even if by-proxy, and you know it's you. Now, get to your room. Before I lose my temper." For the record, we do not know that Russia was responsible for Friday's attack.

While he hoped that Russia wouldn't be able to fix his exploitation of a security hole until Monday but as of now, everything is back to normal over there.

Over the years, observers have suspected that the FBI looks the other way when it comes to The Jester's hacking because they like what he does. He has defaced terrorist websites with offensive cartoons, alerted server providers that they're hosting ISIS supporters and briefly blocked Wikileaks. Exclusively sticking to attacks on enemies of the U.S. government, he says that he passes on the personal data of terrorists to intelligence agencies when he comes across it.

Regardless of whether the FBI is chill with his shenanigans right now, The Jester should probably quit while he's ahead. You either die a hero or you live long enough to see yourself become the villain.