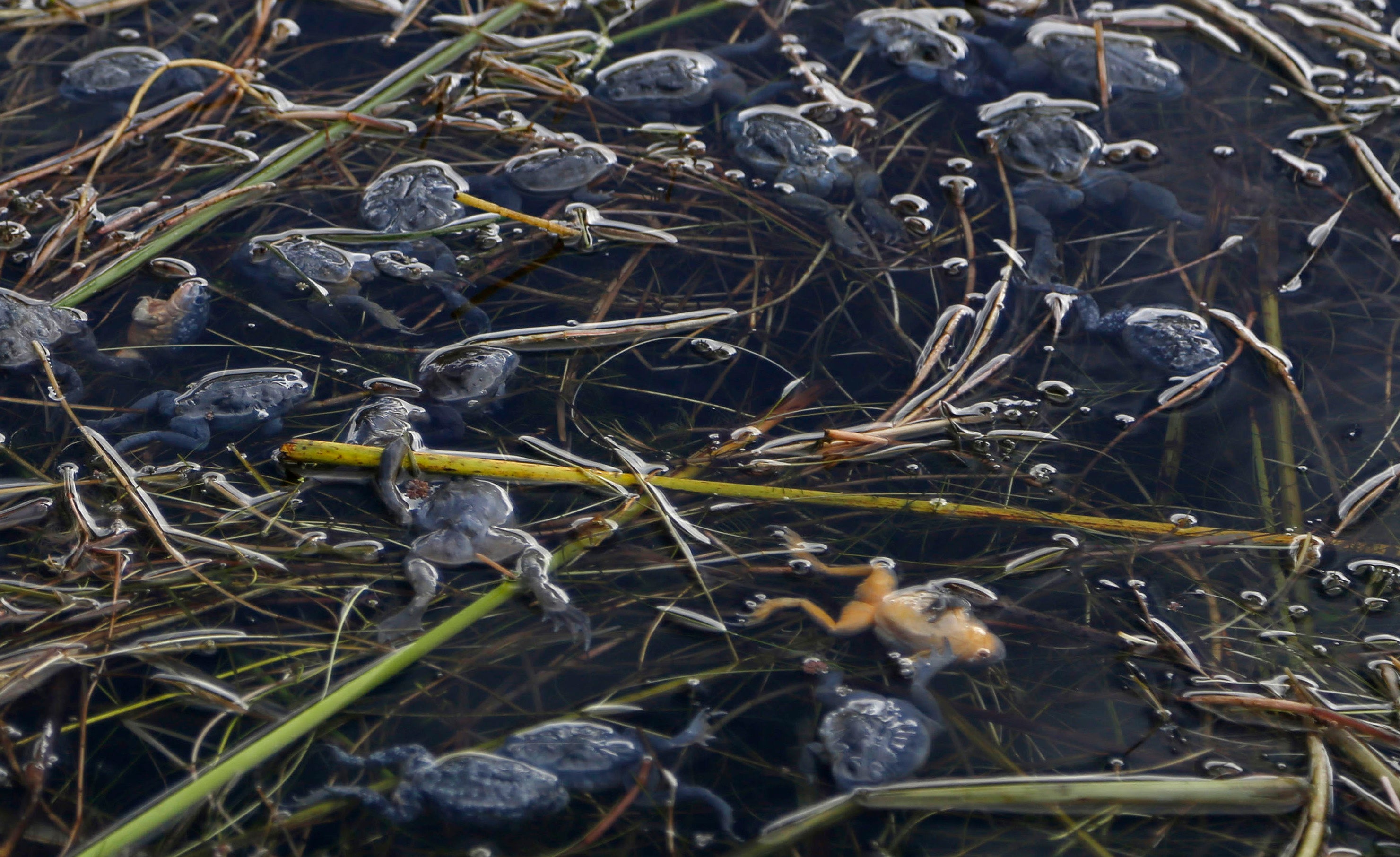 Peruvian authorities are scrambling to determine why thousands of critically endangered, Titicaca water frogs are washing up belly up, after an environmental group reported the mass die-off last week. According to local activists, untreated sewage sludge is to blame.

Dead frogs floating on the surface of Lake Titicaca in Pata Patani, Bolivia in April, 2015. The frogs are extremely sensitive to human and industrial waste that regularly contaminates the lake. Image: AP Photo/Juan Karita

The Titicaca water frog is one of the strangest amphibians you’ll ever meet. Weighing up to two pounds, this entirely aquatic species is smothered in enormous folds of skin that it uses to suck additional oxygen out of the water. The result is a creature that looks a bit like Jabba the Hutt after a thirty day weight loss challenge — or, as discerning locals have pointed out, scrotum.

This extremely weird frog is also extremely rare, found only in freshwater lake Titicaca, which straddles the border of Bolivia and Peru. Thanks to hunting pressure, habitat degradation and invasive species, the Titicaca water frog’s numbers have declined precipitously in recent years. Today, the animal is considered critically endangered by the International Union for the Conservation of Nature.

A mass die-off isn’t what this frog needed, but that is exactly what appears to have happened. Following an initial report of dead frogs washing up along the banks of the Coata River, which flows into Lake Titicaca, Peru’s National Forestry and Wildlife Service (Sefor) began investigating the matter last week. In a strip of about 200 meters along the Coata, roughly 500 dead frogs were counted. But the death toll is thought to be much larger.

“Based on the statements of the villagers and found samples days after the incident, it is presumed that more than 10 thousand frogs were affected in a distance of about 50 kilometers,” Sefor said in a statement.

While authorities continue to investigate the cause of the die-off, environmentalists say the answer is obvious: untreated sewage sludge that spills into the Coata as the river flows through urbanized areas. According to the Committee Against the Pollution of the Coata River, the Peruvian government has failed to address an environmental catastrophe, and it’s now witnessing the consequences.

“They [Peruvian authorities] have no idea how major the pollution is,” Maruja Inquilla Sucasaca, who brought the die-off to Sefor’s attention, told the AFP. “The situation is maddening.”