Surface Studio Hands On: Touched For The Very First Time

4 years ago -
Filed to:hands on 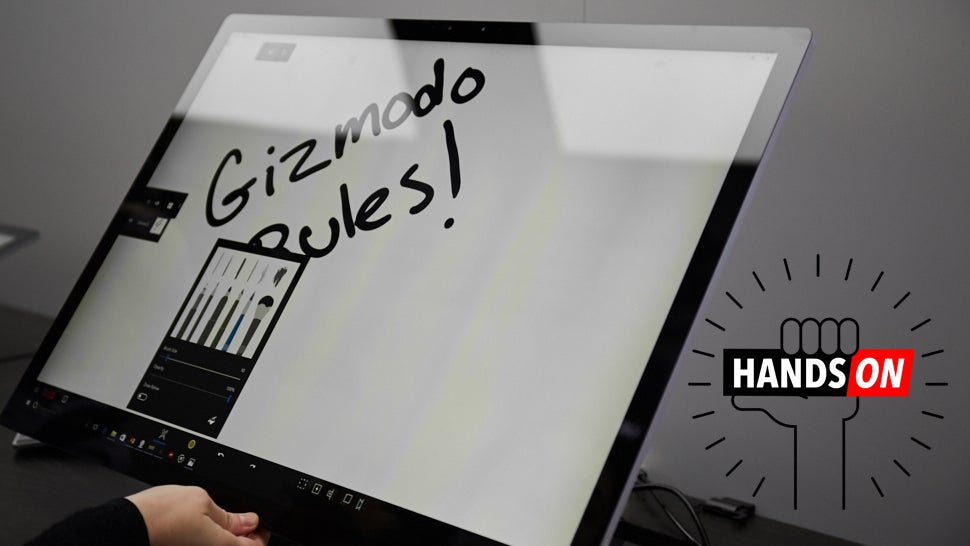 The first thing you notice about Microsoft’s new Surface Studio is the screen. The 71cm 3:2 display is gigantic and beautiful. It’s so bright, vivid, and engaging that I feel like I could dive in and go swimming in it. 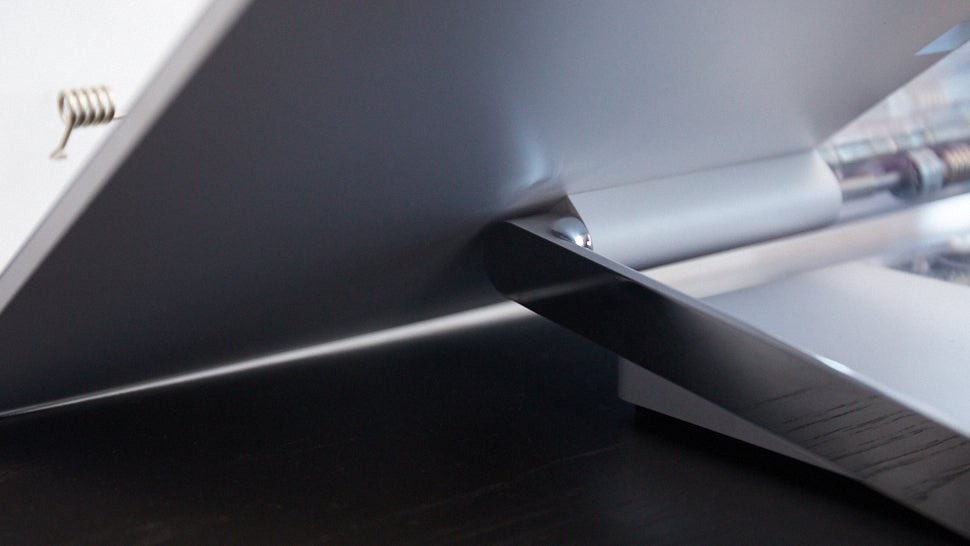 But unlike the iMac, the Surface Studio puts all of its guts in its bottom stand. This is where the four USB 3.0 ports are, power, mini-DisplayPort, and power go. The base is held up by two chrome arms that, as Microsoft noted in the presentation, seem to disappear into the background. 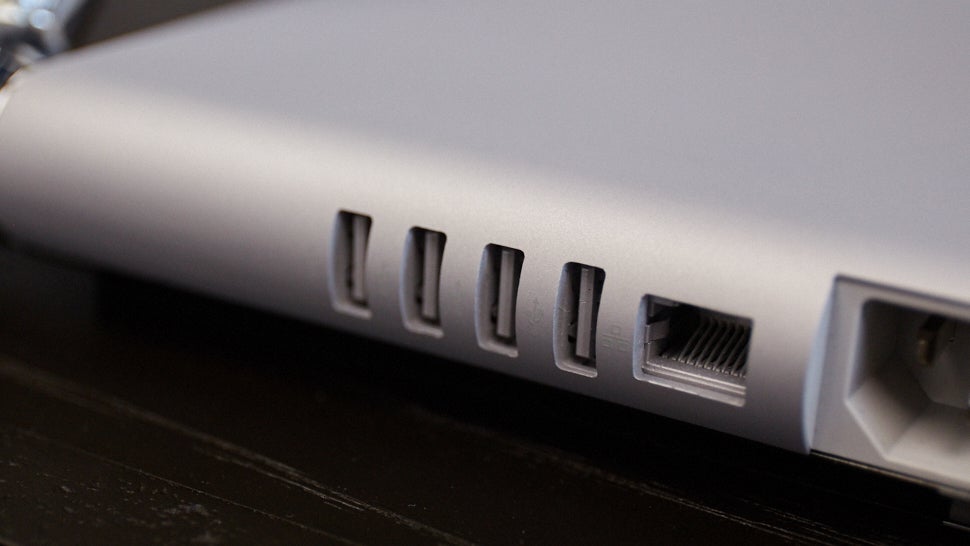 And it’s when the Surface Studio is on its back that the computer really comes alive. Standing upright is great for playing games, working with text or editing photos, but lying back is what this thing was meant to do.

The aspect ratio on the Surface Studio is 3:2, which is a little odd, but it makes sense when you realise this is something that could truly be used as two monitors side by side. I can see creatives setting up their 16×9 workspaces in different parts of the screen, especially when the devices is folded down on its back.

The screen resolution is just under 5K and its pixel density is every so slightly-less than the 5K iMac, but you won’t notice that. It looks fantastic. Especially when you are THAT close to the screen. 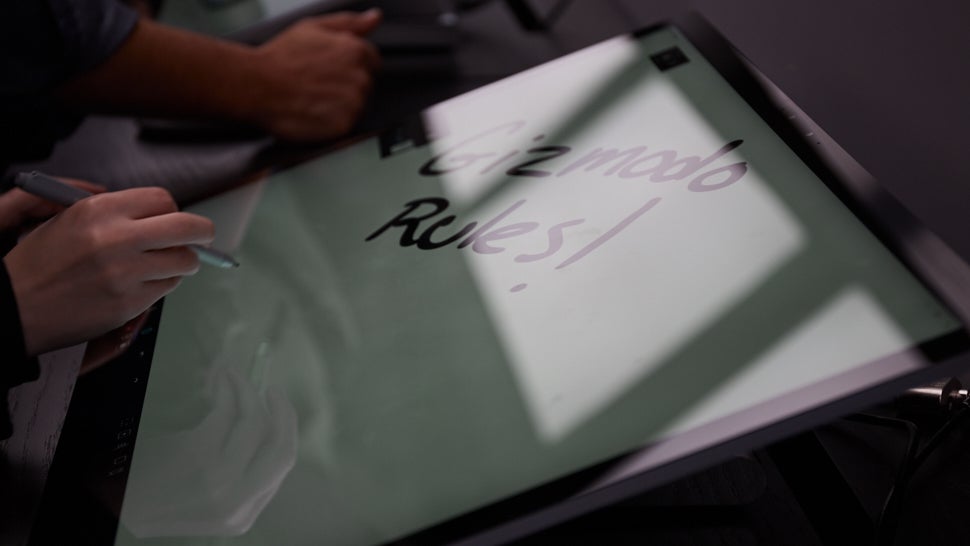 Drawing on the screen, the pen kept up with my input. Even better, laying my arm across the rest of the Surface Studio, didn’t interrupt what I was writing. If you’ve ever used the Surface Pen on a Surface Book or Surface Pro, this is the same sort of experience. But drawing on the Surface Studio is a much more immersive experience because of that huge display. You literally feel like you are inside a photo or canvas.

When you’re on a colour tool, the Dial lets you cycle through the palette. You can also press and hold the button at the top of the Dial to bring up a radial tool that offers more options and easy access to certain features. 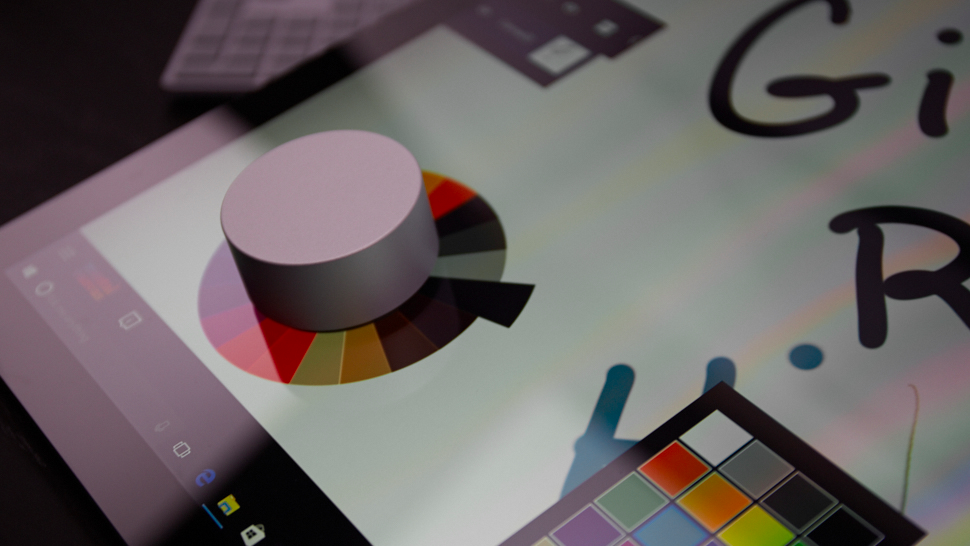 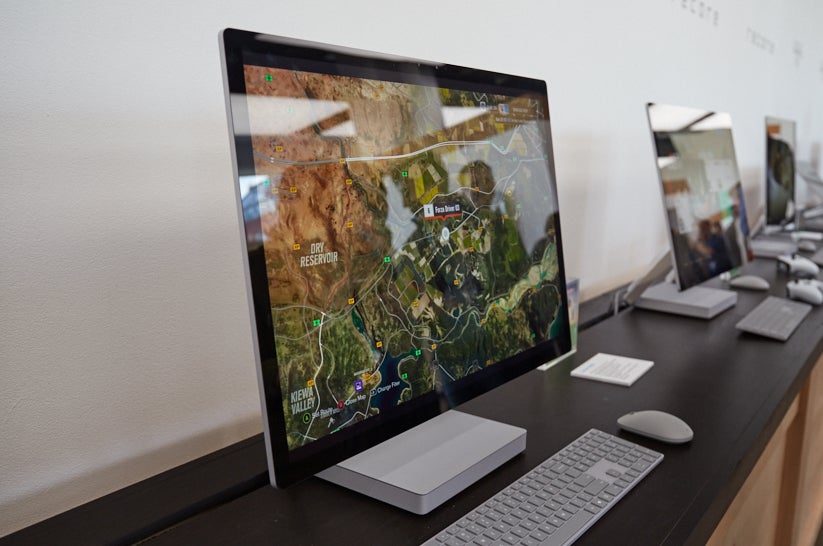 How compelling is the Microsoft Surface Studio? Well, as a longtime Mac user, it’s enough to almost make me want to convert to Windows 10. Almost.

For creative professionals — the people this computer is clearly aimed at — I think the idea of being able to turn your computer into a drafting table is something that could get a lot of people interested in checking it out.