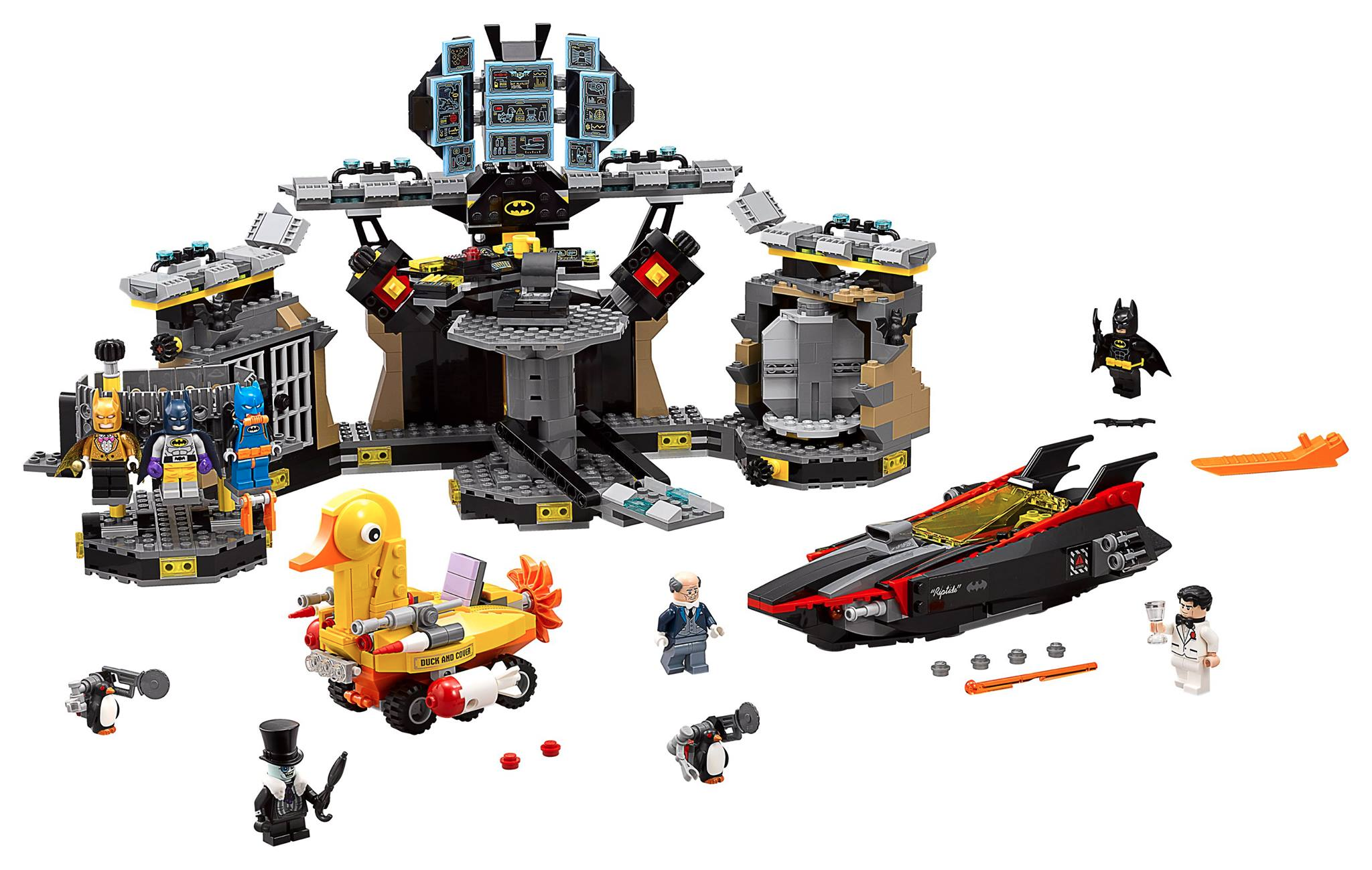 Look at those tiny, buzzsaw-armed penguins and tell me this is not the greatest LEGO set you’ve ever seen. Go on. I’ll wait.

LEGO has taken to social media to reveal three of the new LEGO Batman Movie sets that will accompany the release of the movie early next year. They’re not the first we’ve seen from the movie’s line of planned sets, but they’re a lot of fun.

Although no price details for the sets have been confirmed yet, it’s easy to tell through size and number of minifigures alone which will be the cheapest and which is the priciest — first up is a smaller set featuring Batman, Mr Freeze in a giant mech and another minifigure (he appears to be some kind of security guard, but it’s unconfirmed): 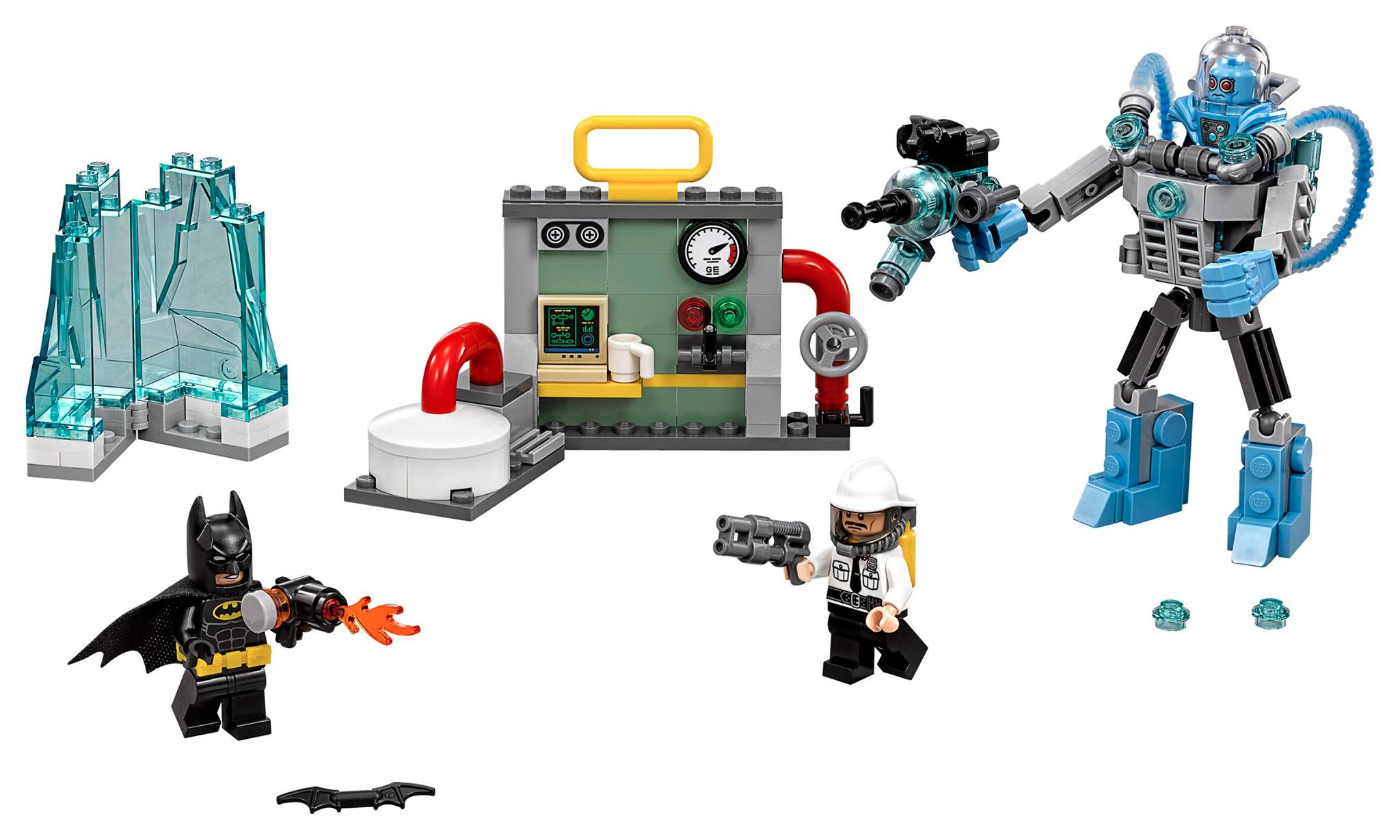 Then there’s the Batcave seen up top, with Batman, Bruce Wayne (loving the bow tie, Mr Wayne), Alfred, the Penguin and two members of the Penguin’s robotic penguin army. I just wanted to point out the hilarious gag on the heavily armed Duck boat: The sticker that says “Duck and Cover”. 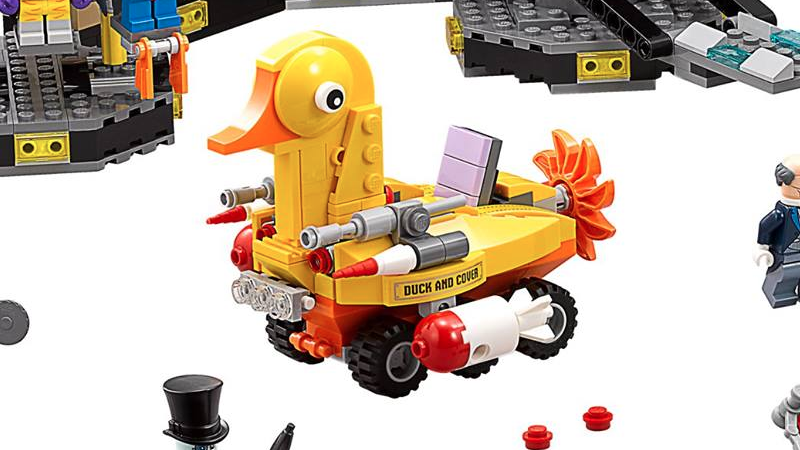 I’m secretly five years old, so this made me giggle uncontrollably.

Finally, there’s also an Arkham Asylum set — not only containing a huge facade of the infamous institution, but 12 minifigures including Batman, Robin, some Arkham employees and GCPD officers (including a blonde-haired doctor that might be Harleen Quinzel) and a ton of Batman villains clad in Arkham jumpsuits: 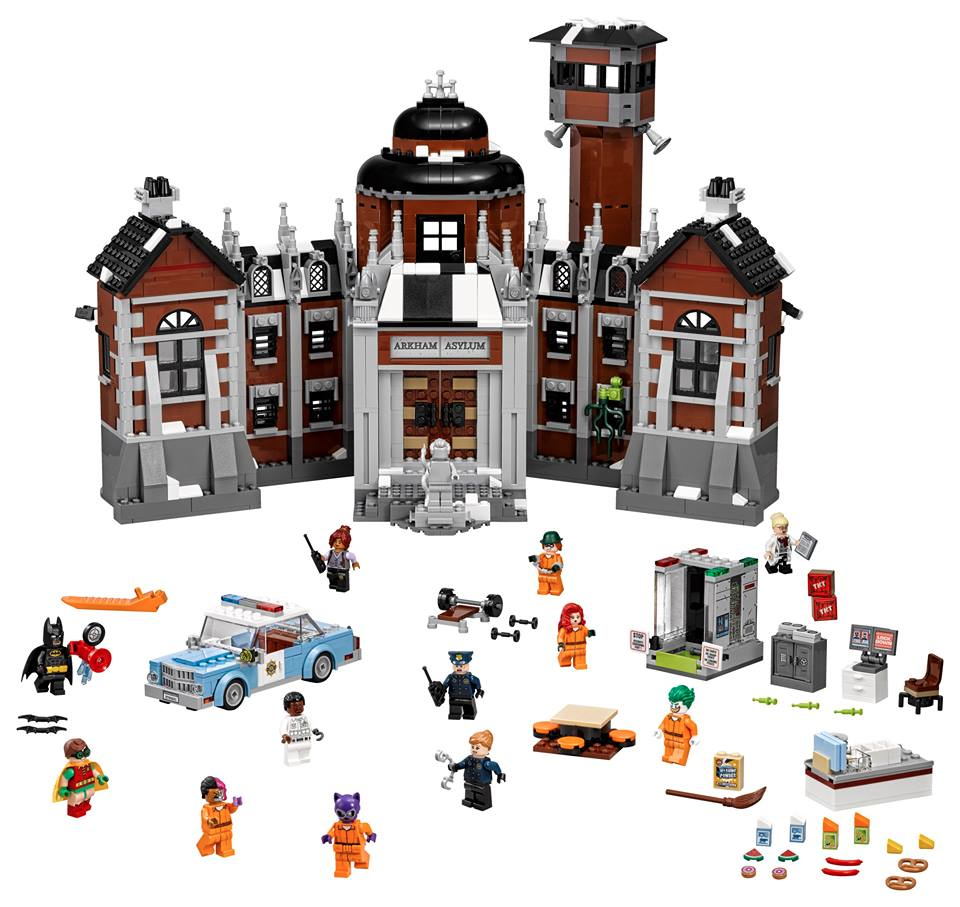 These all look like amazing sets — hopefully the movie itself is just as fun as these look, but I get the feeling it will have no problem being just that. The LEGO Batman Movie is out in February 2017.