Mourn The Loss Of This Incredible Force Awakens Poster, Too Beautiful For This World 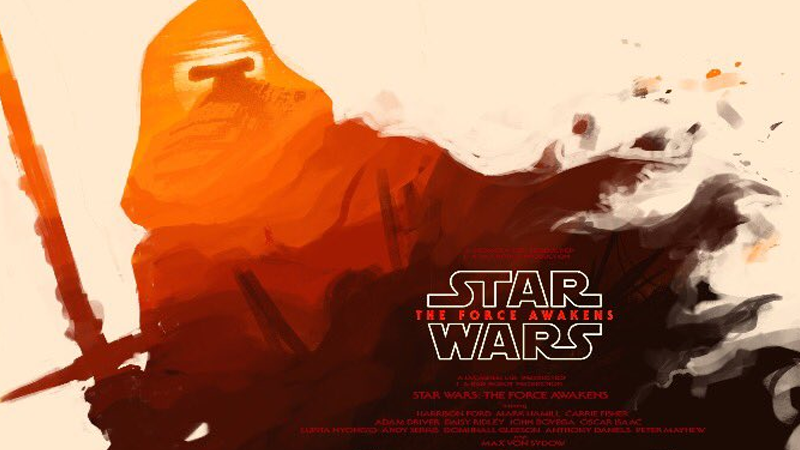 Olly Moss has created some truly amazing bits of pop culture art over the years, but not every idea makes it to a final product. Seeing those ideas never make it, from a creative standpoint, is always a little melancholy, but when you see something that's truly gorgeous that never came to be, it's heartbreaking. Moss revealed this look at a planned Force Awakens poster for Mondo on Twitter yesterday, after it was discussed at last weekend's MondoCon on a panel about projects that never quite made it. Moss' poster isn't just astonishing to look at; even in the early draft stage, it's wonderfully clever — I can't stop being amazed every time I realise Kylo Ren's mask visor is actually the bridge of the crashed Star Destroyer on the sunny surface of Jakku.

However, the reason such a great idea got abandoned is just tragic. According to Moss, it's because Mondo's licence for the Star Wars franchise meant it wasn't allowed to make the posters with a traditional billing block — the list of primary cast and crew underneath the film's title.

Mondo talked about this yesterday, so I guess I can share. Early TFA sketch. I killed it because we weren't allowed to use a billing block. pic.twitter.com/PoZKdXvbWn

Such a beautiful idea, laid low by a simple restriction. If you want to see more poster ideas that never made it — including a stunning set of scrapped posters intended as covers for Game of Thrones Blu-ray steel books — /Film has a rundown of MondoCon 2016's posters-that-never-were panel that will make you sad for what might have been (but will probably make your wallet forever grateful).