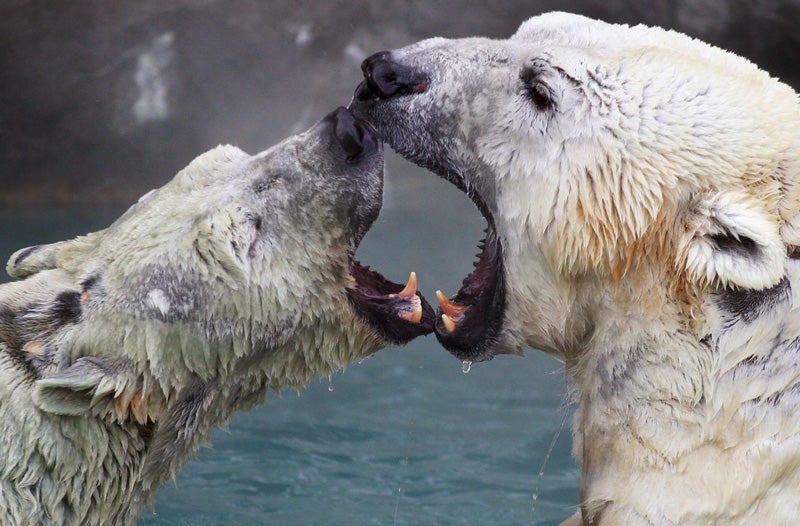 Whether out of genuine concern or a misplaced sense of propriety, you might feel compelled to intervene if you find two (or more!) bears mating in the woods. Today, however, I'd like to suggest an alternate course of action: Let them screw in peace. Photo: AP

That might sound counterintuitive, but failing to do so can result in serious consequences, as a California man learned this week when he was mauled after accidentally invading two bears' screw-space. According to 54-year-old Dan Richman, he was hiking in Angeles National Forest on Monday when he came across the bears and, in his own words, "freaked out."

"All of a sudden, I saw this bear standing on its hind legs and I'd never seen a bear in person before," Richman later told KTLA. "He grabbed my wrist. Grabbed my upper leg. He actually put his mouth around my neck. And I just stayed really, really still."

Police say the bears may have been a mother and cub, but one wildlife expert floated an alternate theory. From the L.A. Times:

Department of Fish and Wildlife spokesman Andrew Hughan said in an email that a game warden believed the bears "may have been a mating pair that was interrupted."
"The hiker probably just surprised the bears and they reacted the way an animal with teeth and claws does, attack," Hughan said.

So far, authorities have been unable to locate the bears. Given their previous reaction to disrupted screwing, however, that's probably for the best.