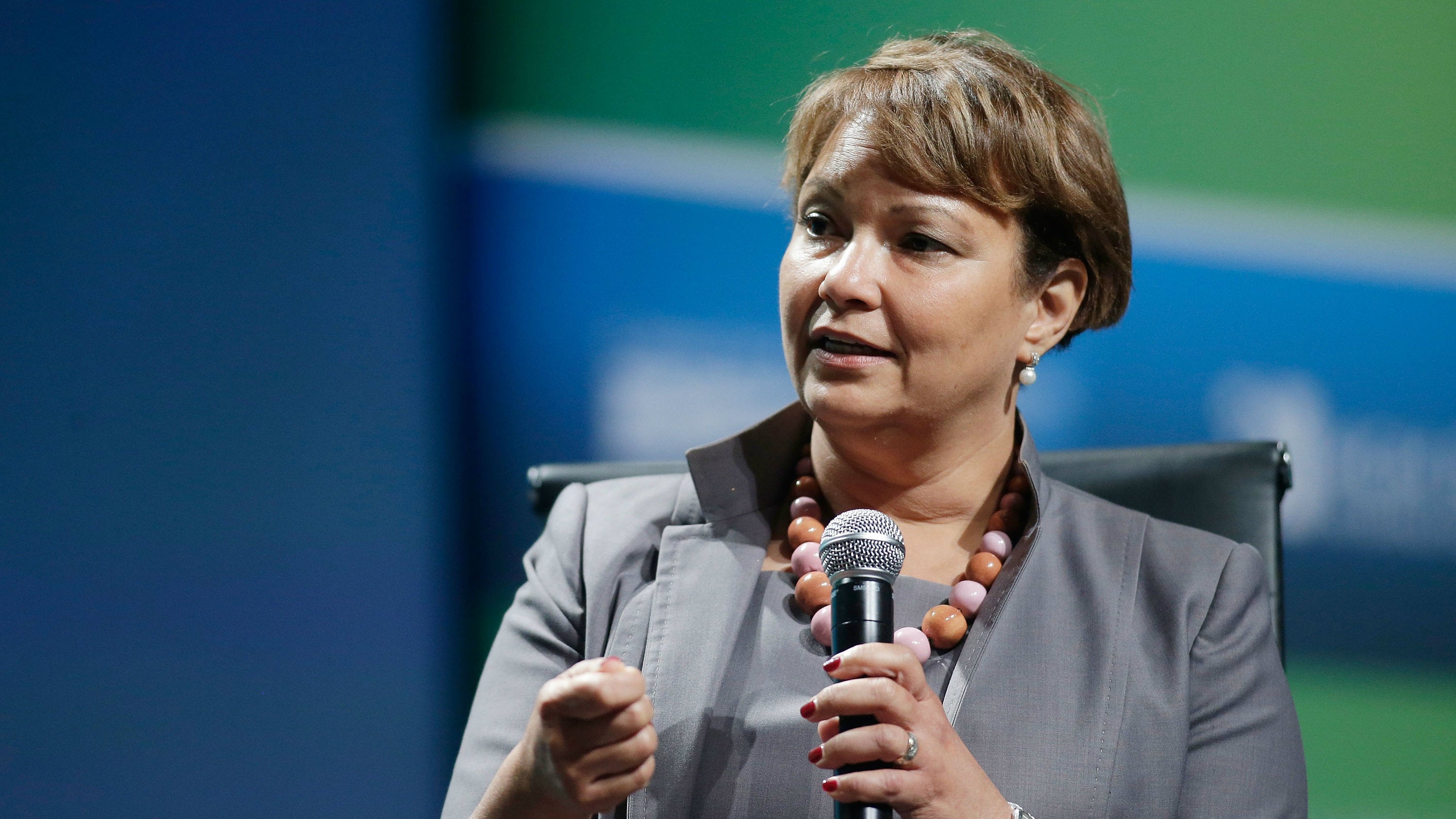 Lisa Jackson worked as the head of the Environmental Protection Agency under the Obama Administration. After she left the EPA, she took a trip across the country to join Apple as a Vice President of Environmental Initiatives. “Lisa Jackson is joining Apple,” Tim Cook said in 2013. “She recently left the EPA and will be coordinating efforts across the company. She’ll be reporting to me.” But in addition to her environmental work, Jackson found time to lobby the Clinton campaign on some of Apple’s key legal battles. Namely, the Federal Bureau of Investigation’s legal demand that Apple bypass its security features to build a dangerous tool in order access the iPhone of San Bernardino shooter Syed Farook.

In two emails to Podesta, Jackson reached out regarding encryption. The first, in 2015, was to share a letter signed by a swath of technologists and technology stakeholders that pleaded with Obama to reject any laws that would force technology companies to build an encryption backdoor into its products. 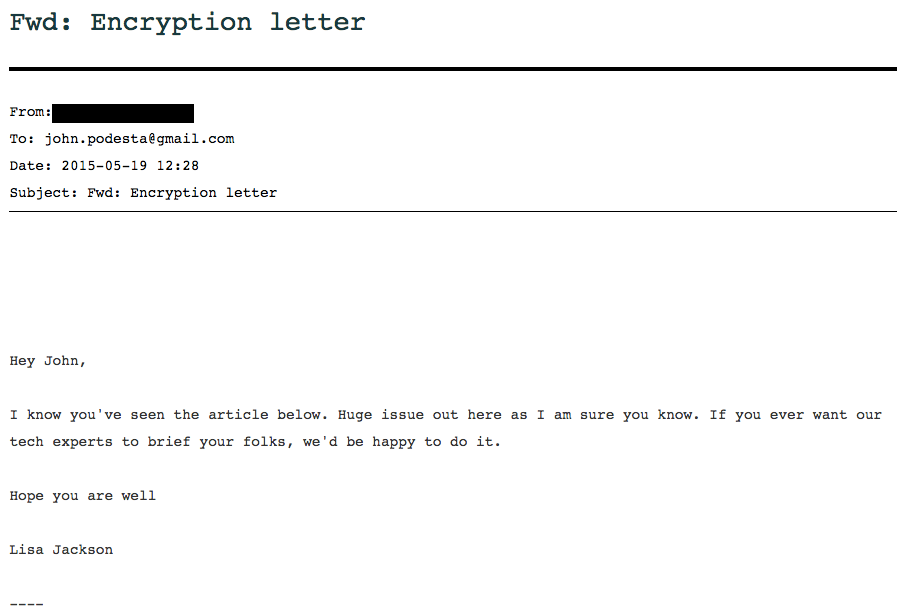 A second, sent in February 2016, was the related to the brooding war between Apple and the FBI. In it, Jackson sent a vague email just eight days after the FBI sent its first legal demand to Apple. The email came just hours after Apple CEO Tim Cook wrote a letter condemning the FBI’s request.

This isn’t evidence of some scandal. Technology companies lobby their positions to politicians all the time. But it is curious that someone Apple hired ostensibly to work on environmental issues is actually lobbying for Apple’s interests in other areas. It’s emblematic of the revolving door between the upper echelons of the United States government and powerful Silicon Valley technology companies. Last year, Amazon hired Jay Carney, Obama’s former press secretary. More prominently, former Obama campaign manager David Plouffe has been instrumental in devising Uber’s aggressive expansion strategy. It’s no surprise that Apple’s using a former White House staffer to push its agenda, too.

We reached out to Apple for comment but had not heard back at time of writing.